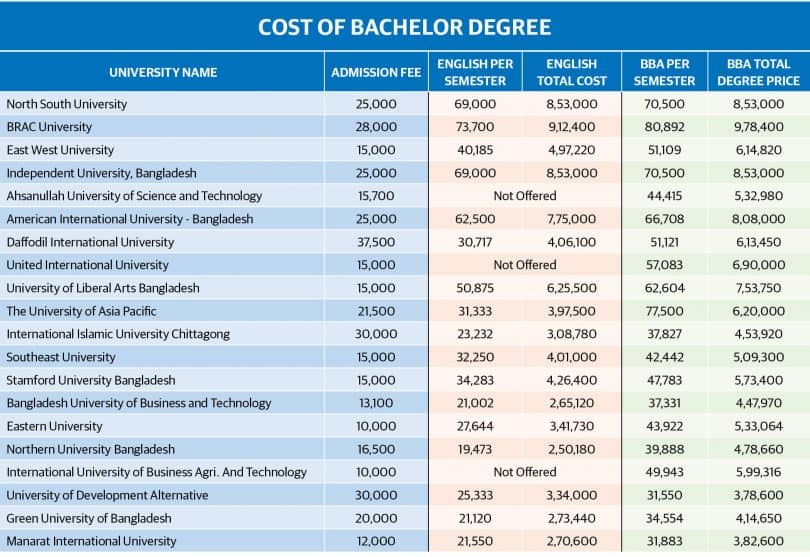 Some people say private university students are self-centred, have no social commitments or higher motivation outside their worldly-wise pursuit of knowledge. This is not correct. They have their own sense of social responsibilities. People pay taxes and from their money the government subsidies the education of students of public universities. But an overwhelming number of students now study in private universities who like the same taxpayer’s children -also deserve an equal share of the government’s education grants, subsidies, scholarships and other facilities. They get neither of them. Dr. Carmen Z Lamana, the Vice-Chancellor of AIUB comments on the private university thus, “We have to update our draft curriculum to UGC for approval. It takes five to six months to get them to approach thanks to all the bureaucratic tangles and red tape. So by the time a curriculum is approved, another updating in quick succession becomes necessary. Such a booming sector cannot be left ignored and unattended.” Some two lakh students are currently studying in the private universities of Bangladesh. Some foreign students are also enrolled here.

Several misconceptions exist regarding private university. Private universities of Bangladesh are not a substitute for the public ones and they stand by their own credentials now. There was a time when students opted for private universities in case of their failure to get enrolled in public universities but things have changed now proving the growing significance and standard of private universities.  Private universities with their state of the art infrastructure and modern curricula can produce world-class professionals. This sector is saving 100 thousand crore taka in terms of foreign exchange which is nearly 60 per cent of our annual budget. (Prof Neaz Ahmed AIUB-Daily Sun Dec 4, 2011).

Now a private university is conditioned to have a permanent campus of its own. But procuring land, arranging the finance and completing construction work needs time. Moving towards a permanent campus in five years does not seem practical and sound. The country is losing much of the cultivable land every year. In consideration of this fact, establishing individual campus for each university means losing more cultivated land. However, to ensure quality and impart sound education, we should have big campuses for private universities. How we can do it considering the minimum loss of our already scanty land should be our national concern. There should be an accreditation council to check the performance of private universities and ensure quality education.

There lies a tradition that private university students are good in English but poor in Bengali whereas public university students are good in Bengali but poor in English which should be changed and they must be good both in English and Bengali. As 40 per cent of English medium students find their place in private universities, things have come to this site. Both the groups are the future leaders and assets of the country and so they should be trained and developed to face the growing challenges of the years to come. Still, eighty-five per cent of students of Bangladesh don’t receive a university education.