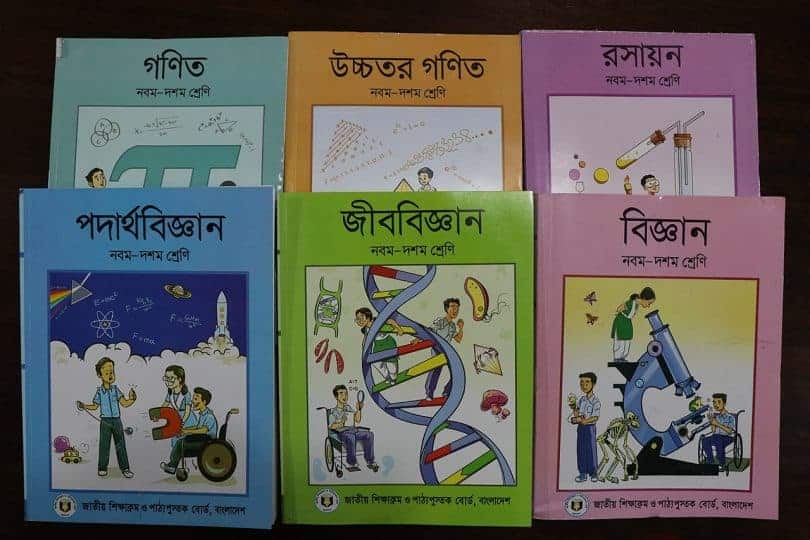 Textbook scam and crisis has caught the headlines of our newspapers. Strikes, blame game, money making, meetings are regularly held across the country over the issue. But the worst sufferers and the budding generation has been assured when they will get the new textbooks in their hands with ‘creative questions’.  Almost every year textbook scam happens in our country.

But it seems that the authorities concerned and the government and even the civil society seem little bothered about the matter. Print media arrange talk show on various topics, arrange competition of various sorts but the vital issue of the nation I mean education receives very scant importance from all. when the problem reaches its peak, only then the people concerned raise hue and cry.

But the solution stands miles apart then. The textbook is the easiest, cheapest and available materials for the students but every year it seems that the authorities concerned fail to reach the textbook to the learners on time. It happened even during the ‘ caretaker government’s time. During the political government, it is taken as part of the common affair. So, we can easily deduce that corruption and inefficiency are so spread and deep that it becomes difficult on the part of the NCTB alone to handle the issue single-handedly.

The corrupt NCTB officials have a close hand and ties with the dishonest publishers of Bangla Bazar. They earn a huge amount of money through the illegal process every year. These people are rich by virtue of this business. I am sure they have political link also with the leaders to evade any kind of action. NCTB Chairman usually a former principal of a government college. Definitely, it signs the appropriate post and decision. But the question arises whether he can exercise his own power and innovation ignoring the bureaucratic tangle of the Ministry of Education. In one meeting it was detected that it is facing a bureaucratic hurdle to go forward.

I can cite a practical example regarding the distribution of educational materials. Brac supports  3300 non-government secondary schools to develop their subject teachers. Out of the 500 schools receive REMEDIAL support for the SSC examinees barely 19000 to 20000. every year as an education manager, I myself get the materials printed and ready and distribute them standing myself among the field staff of BRAC who reach the materials to those selected schools and the schools get the materials on time every year.

But the distribution in this way was not liked by the authority. They wanted me to distribute the materials through the central store. However, I followed them. But this year the materials did not reach the learner on time as the people who distributed them were not professional people. Many schools got either English materials and no mathematics materials. Some schools got less number of materials. Some schools got only mathematics materials and no English materials. If I could utilize my own way to distribute them, definitely students would get them timely though I and my colleagues would have to undergo some extra trouble. At the cost of some extra trouble, students could get the materials on time. This is an example in micro-level. I think a similar situation happens at the macro level as well as hampering the normal course of activities we do in the field of education.

Again, how far the corrupt and dishonest officials and staff of NCTB get afraid of the chairman? How far the chairman has the authorities to control and capture the whole affair? These questions might be answered appropriately. All the government assures the people that stern action would be taken to any wrongdoers but what action has been taken is not known to them.

Taking action against the evildoers is almost impossible in this country. It is not unknown to the people. Yes, the action is taken against the weak and helpless people. So, without uttering these sham words the government must increase the capacity of printing of NCTB’s own printers. If it is not possible, it must employ the big publishers which must be known to all the organizations related to education in particular and the public in general.

All must know through different media which publishers will print the textbooks, when they will appear in the market and how will be the price. These points must be known to the people through newspapers and print media. In no way the public should be kept in the dark. Now, what is happening NCTB, printers, wholesalers and retailers blame each other but no solution appears?

NCTB placed orders for 26.2 million textbooks of 76 categories at a cost of 754.1 million take-ups for marketing books in three phases—-14 categories in the first phase by January 6, 38 categories in the second phase and the rest by January 25. but the books on religion, agriculture and home economics of classes six, seven and eight and those of geography, physics, chemistry, history, agriculture and zoology of class nine are not available in the local market. No one can say when they will be available in the market.

Teachers say that full class can be started in April. Barely 120 days have the students get to receive classes a year. They have 52 weekends and 85 days of vacations. Moreover, many unscheduled vacations the schools enjoy hampering the normal activities of academic affairs. The village schools suffer a lot for it as the village children don’t have any scope to take help from their guardians. Urban students have this opportunity even they have private tutors and special coaching classes. So, the worst sufferers are the rural students for this textbooks scam and crisis. Who will make up their lost working days how?

Decision must be taken immediately that NCTB must have two different independent wings namely textbook writing and publication. Writing section must have freedom to exercise. It should be taken into consideration that the private publishers who want to seek recognition as an industry for many years but the government does not accept it as an industry. It is also true that this sector manages employment for a good number of people. It is a reality.

The government must know how to utilize them very productively and in an innovative way otherwise they will continue doing the most unproductive thing at the cost of doing serious harm to the nation like slow poisoning. What they are doing now, taking the advantage of the serious loophole in the education sector, they flood the market with third graded guide books in the market and it seems that there is no authority to look into it. Actually, there is not authorized to monitor the whole scam and affair going on in this sector. Action? What kind of action they will take? How? By whom?

Almost impossible as bread earning of a great section of people is directly related to it and another group make  a lucrative business  who retains  an unknown power and hold in the market. No promise or oral threat of the government can change them. But one thing can be done that making questions in the public examinations must be very very creative. The traditional and conventional questions  running year after year gives ample opportunity for these dishonest book businessmen. Government dares not take this step fearing the ebb of popularity.

But it must be taken into consideration seriously that the quality of education must not be comprised at any rate. You see, thousands and lakhs of people obtain GPA-5 in the public examinations but what about their quality? As an education manager, I had the privilege to visit many secondary schools and talked to the SSC examinees. I just reached the conclusion and discussed with my colleagues that these students will no doubt manage hundreds of GPA-5 in the coming SSC examinations though they failed to answer some very basic questions in English and mathematics. This is a practical situation. This is the contribution of the guidebook, low-quality teaching and examining the scripts with sympathy without giving consideration of quality.

Local book sellers have blamed it on publishers and distributors in Dhaka. Despite having sufficient stocks of books at Bangla Bazar in the capital publishers have created its artificial crisis. Book sellers in two coastal districts observed a daylong strike protesting the artificial crisis of textbooks made by syndicates and additional charges on them by the publishers.

During the strike at Patuakhali and Barguan districts over 250 bookstall owners kept their shops closed. They have also threatened another strike. They alleged that publishers charge additional money when they go to them to procure books and force them to take notebooks along with the textbooks. The textbook crisis is not new at all  in our country because of  the failure and indifference of the authorities concerned. But this year the crisis seems to be more acute than ever before. In the past about 30% of old books were recycled every  year.

But this year the introduction of ‘creative question’ has further complicated the situation. When the authorities would not be able to reach the books to the students on time with the new questions, why they promised and decided to introduce it is the question of many.