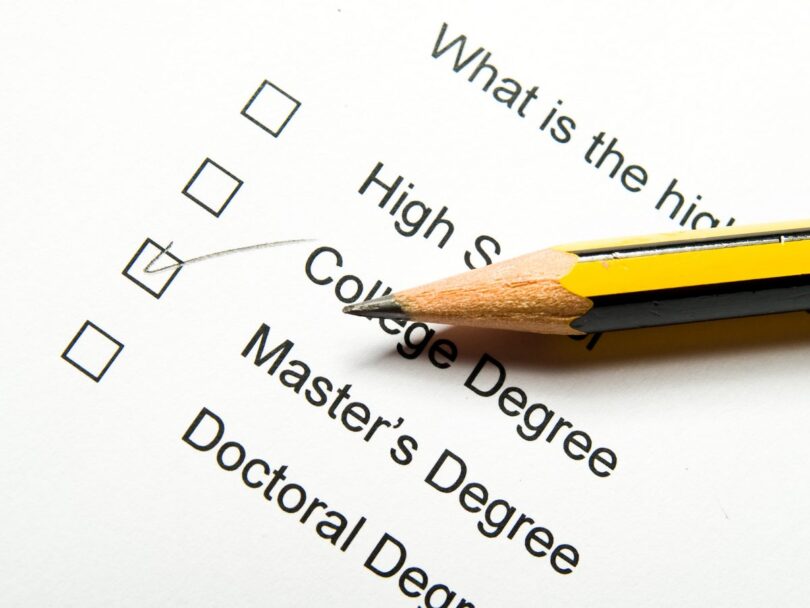 It has been planned to stop honours and masters to run degree courses gradually and participate in different types of short courses, diploma courses along with degrees. Work is going on to this end and a committee has been formed. However, this decision though retains merit, it calls for more observations, tests and thoughts. Those who are already in honours and masters course will have to complete their course first and then new decision to be implemented and not in all colleges this course will be stopped as has been hinted by the ministry.

We have 13 colleges which are hundred or more years old will definitely see these courses as they all have necessary arrangements and infrastructural facilities.

Ministry of Education puts forth the argument that many students cannot manage jobs after completing honours and masters from non-government colleges and it creates a big gap between their expectation and achievement leading them to a state of despair. To give knowledge and develop necessary skills to the students keeping pace with the current global trend, the curriculum of these courses and the overall situation of these institutions must be upgraded and modified.

It is also heard that a committee consisting of 14 members has already started working on how to introduce diploma and short courses in the honours and masters courses in colleges and this committee is not against closing these courses putting emphasis on the introduction of a short course for the students.

They are giving importance to the quality of education of these courses as well as introducing short courses in technical education to make the students self-employed with a culturally developed mind. The institutions having the ability, infrastructure and other physical facilities will be able to run short courses along with degrees but the colleges which see few students and are situated in the extremely backward areas may not have honours and masters courses.

However, the government seems to take this decision when these teachers are clamoured for getting included in the MPO list that he terms as inhuman. He rather wants to continue honours and masters in the non-government colleges with MPO. The VC of NU says, in some colleges teachers are not given a salary which proves it difficult for them to continue these courses.

So, it is better to keep the students in degree courses and these teachers will teach there and the students will receive some short courses as well. It will help them find a job or at least be able to earn their own bread. National University gave approval of opening honours and masters in 1993.

Across the country, 315 non-government colleges have academic recognition who are teaching more than seven lac students. When honours and masters were opened in these colleges, a condition was imposed that no teacher could ask for MPO. And truly, NU doesn’t have any responsibility and means to do it.

UGC says only selective students will have the opportunity to study masters courses. The current practice allows the graduates to easily get enrolled in masters in institutions of their own. UGC says the four years course is considered the last degree of education. From this perspective, very selective students should have the opportunity to do masters and research and students should be enrolled through open competition.

Many colleges introduced honours and masters even though they don’t have the suitable infrastructure, qualified teachers and other necessary opportunities which means, quality education dissemination becomes a rare affair. BANBEIS says in 4 thousand 700 colleges in the country, 191 colleges offer masters courses and most of these colleges don’t have a sufficient number of teachers.

We can remember that UGC raised the question of quality in 2014 after the publication of the 41st BCS examination results. In that report on mass enrolment of students in masters was recommended to stop. The quality of the graduates coming out of non-government colleges is questionable. It’s true that the expansion of higher education has seen its big diameter but the quality has been in question.

However, the proposal of UGC has been protested by the students who advocate in favour of receiving honours and masters from colleges. They also advocated that all must have an opportunity to receive higher education if they desire. They term it as the government plan to shrink higher education. They are advocating on behalf of establishing infrastructures in the non-government colleges without closing the courses.

The government is giving importance to technical and vocational education that indirectly hints at the shrinking of higher education. Non-government colleges offering honours and master courses have not been included in the last MPO list last even though secondary schools were entertained.

We could remember that our education minister in an online experience sharing meeting on 29 December 2020 said, honours and masters courses are going to be closed in non-government colleges and they will be replaced by technical and vocational education. All those thoughts make sense considering the practicality but higher education definitely makes human beings more cultured, more refined and more humanistic.