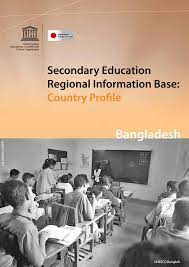 Education builds a nation. It is very important for Individual, Society and State. National development highly depends on Education. Education is the main component to execute the dream of the nation. Education has two general aspects, (1) Philosophical aspect & (2) Structural aspect.’ Why we should learn?’-this question is related to the philosophy of education. If the philosophical position is progressive & strong, Structural position will be matured & stronger. Modern education means scientific, rationale and secular education. In this era we need that sort of education which is directly related to our life and life-struggle. But it is a matter of pity that in Bangladesh the philosophical aspect of education is very weak,unscientific,non-progressive and sometimes conservative. So, the structural aspect of education is very weak in our country. Unitrack Education was proposed for the year 2006 by Ministry of Education. This was the result of an unscientific philosophy. Education Ministry with the finance of Asian Development Bank (ADB) under SESIP (Secondary Education Standard Increasing Project) started this initiatives. NCTB with the concern of NCCC (National Curriculum Coordination Committee) took action to implement this new system. SESIP has four components, such as

In the year 2002 National Curriculum Coordination Committee (NCCC) of 21 members was formed lead by Education Secretary of Ministry of Education. With the concern of NCCC Specialist of NCTB visited 14 countries to know their education system. Then they express their opinion to start unitrack education in the meeting of NCCC at February 5,2003.After that a technical sub committee was formed. This committee proposed to take initiatives to start this education system. Then a eight members technical sub committee was formed. This committee took decision to start Unitrack Education as early as possible. In the mean time Ministry of Education formed a nine members Curriculum Committee. This committee prepared the design of unitrack education that was going to introduced from 2006.

What is real Unitrack Education?

Unitrack education means the unification of madrasha, A’level, cadet and general medium of education. That means every student will get the same and proper opportunities from the state. All sorts of discrimination in every stages of education will be removed. This system will be scientific, secular and pro-people where all students from different backgrounds and communities will posses same right. This is the general view about unitrack education. From the education movement of 1962 to 10 points of 1990, this was the demand of the students,general people,educators and the intellectual of this country.

If various types of education system exists in a country, students will build up with different types of views, mentality and thoughts. The Elite person of the society will take education from English medium or expensive places by force of money ,where as the poor or needy students will go to Madrasha or General medium school. So,a mental separation and discrimination established from beginning of their education life, that is very dangerous for a nation.

What was proposed in the name of Unitrack?

It is a matter of pity that not taking any action to this discrimination Former Ministry of Education was going to introduce a system in the name of ‘unitrack education’ by making unification of science, commerce and Arts. That was very unscientific and non-progressive decision. This decision was against the concept of ‘Unitrack Education’, which is unexpected. There was no change in Different types of education systems, like Madrasha, A’level, Cadet and General education. They have made changes only in Syllabus,Examination system and Structure. This is not the concept of unitrack education.

Educator called the proposed so called ‘Unitrack’ education ‘Multitruck’. So,in 2005 most of the intellectuals, educators, parents and important persons of the society makes a committee, named ‘National committee to oppose unitrack education’ (Ekmukhi shikkha protirodh jatio committee) leaded by Pro. Jafar Iqbal. As a result of their continuous movement Government was bound to stop this initiatives.

From 1963 to till now SSC level education structure was divided into three groups, like Science,Commerce and Arts. Every student will learn subjects from his own group,out of this he or she has to take lessons on some common subjects, like Bangla, English, Math etc. This Education Structure has been changed little in several times. The updated conditions are discussed below:

The Former Government wanted to start the following Structure after breaking the previous Education Structure.

In this structure a student has to study 17 subjects which is very tough for a student of thirteen or fourteen years. So,he will not be able to achieve indepth information in any subject,just skim thoroughly he will read it. Sometimes learners will not be interested to learn which is very dangerous.

The objectives of Unitrack Education

The objectives of proposed ‘Unitarck Education’ collected from the gazette of Education Ministry (published on August,18,2005 signed by Gazi Ahsanul Kabir) are discussed below:

(1) Every learner will know about the history, tradition and culture of home and abroad; Geographical, social, commercial, economic and State policy related fundamental issues, Information, Communication technology and general, essential, physical and aesthetic aspects of science so that they can achieve a minimum knowledge in this issues.

(2) Division wise study makes a man incomplete where unification of division (Science, Arts & Commerce) may make a complete productive citizen according to the demand of the society and state.

(3) In the system of multitrack, after completing class eight a learner is bound to take a special division (Science, Arts & Commerce).In this immature age the decision of a learner is not only the cause of sufferings, but also a national wastage. To remove this sort of hazard or wastage is also a goal of unitrack education. Personally I don’t differ with the objectives of unitarck education,but it is a matter of question that Is this Unitrack System possess this objectives really?

Lacking of preparations: Education reform is a national issue. Because the education life of one corer secondary students are related to this. So, without any strong preparation it was a autocracy to start this initiatives with the imposing of some interest seeking individual or groups. Most of the teachers of rural and urban schools were not aware about this system (Source: Prothom Alo, Asad-Uz-Zaman Asad, August,31,2005). Even Intellectuals,  educators and the parents were not informed. Former NCTB chairman Gazi Ahsanul Kabir confess this lacking of preparation without any hesitation. Similarly Former Chief of Education Commission Moniruzzaman Mia express his wonder for the lack of proper preparation.

Squeezed science education: Science is very necessary to make the young generation as a resource for the country. Learners have to be scientific, secular, rationale and broad minded. A learner may not be scientific minded only by reading some books of science. He has to be rationale and apply scientific views in every sphere of life including art, culture, literature and history. Otherwise he will not be build up as a complete human being. But the policy makers of unitrack education avoided this views purposively. In this education structure only thirty seven and half marks were allocated for physics, also for chemistry,where as the previous marks was 100 for each subject particularly. Marks distribution for Botany, Zoology, Environment and sociology were 25 for each parts,that means total 75 marks were allocated for this subject,named ‘Biology’ where as previous distribution was Biology-100 and Sociology-100.This was a wrong decision. What was the goal to squeeze the science education ?Still now this is unknown to everybody. This sort of initiative decrease scientific and progressive thoughts and increase fundamentalism and darkness.

(A) Privatization of Text book: In SESIP privatization of publishing Text Book completed. It has gone to open market from the hands of NCTB. So, the price of book will be very high and poor students will be unable to buy. It is a commercialization of education. The mission of ADB is to withdraw subsidization from the service sector as well as education.

Educational expenses is increasing in our country day by day. So,the poor and marginalised people of the country are unable to send his/her children at school to learn better education. On the other hand, the rich and elite person’s children are able to take education for their enough financial support. As a result,the reality is-‘Who have money, they have education’ (Taka jar, shikkha tar).It’s becomes a product like another goods or product. But according to the constitution of Bangladesh ‘Education is right’,not a privilege. Education will be highly subsidised from the state.

(B) School Based Assessment (SBA): In SBA teacher had a power to give 30 marks to students. According to the speech of NCTB Chairman,most of the countries have school based assessment in school level and teacher based assessment in university level. But the education environment of other countries and the Bangladesh are not same. According to the report of TIB, Education Division and Education Administration obtained second scores in corruption (Source: TIB Waves, July, 2005). So, personally I think in this demoralized society how a teacher will evaluate a student neutrally?Parents and students were astonished to hear this.

I want to state a practical experience of my life in this issue. In SSC I was a student of science background. I had taken Physics, Chemistry and Biology which had 25 marks practical out of 100 marks. It is a matter of pity that to get above 20 marks out of 25 I had to pay 50tk per subject to the school authority. This illegal system was legal and every student was bound to do that. Also in HSC I along with my all other friends had to pay to Psychology Teacher 100 tk for my practical marks. It is also a matter of laughing that some of my friends got 25 marks out of 25 in practical exam, but he had failed in Narrative Answer. Still now this is the general scenario of education institutions in Bangladesh.

So in structured education a student may get 30 marks in each subject at SBA by power or money. He needs another 3 marks to avoid fail. So,without making any strong relationship to books, he may got 3 or 4 marks in each subject in another question and 30 at SBA so that he will pass easily. In this system marks will be selled. If any honest teacher oppose this dishonesty, he may be killed or forced to leave by so called powerful persons.

(C) Examination Reforms: The examination system of education in Bangladesh are very old and backdated. Traditional question and exam system are based on Guide books,notes,Coaching and get by heart. So,most of the students are not playing an expected role for the society as they have limitations of feeling and thoughts.

According to the decision of Ministry of Education, in unitrack education examination reform system was proposed from 2006 which would be applicable for SSC exam of 2008.This is a very positive decision. In this system, questions of exam will be divided into two major parts ;Structured and Multiple choice.60 marks for structured question and 40 marks for multiple choice. Questions of each part will be based on Cognition,Feeling,Application and Higher thinking skill level.

Though previous SESIP was cancelled, Present more discussed ‘Structured Education’ is the new dimension of that examination reforms. This will be applicable from the SSC exam of 2010 only in Bangla and Religion. Recently it’s name has been changed and called it ‘Creative Education’ in lieu of ‘Structured Education’.It will be implemented on the SSC, Dakhil and Vocational exam of 2011. Though it has some limitations, personally I think this initiative is very scientific and modern. To make it a complete system, all Educators, Intellectuals, Parents, Teachers and Educational Psychologists have to work together.