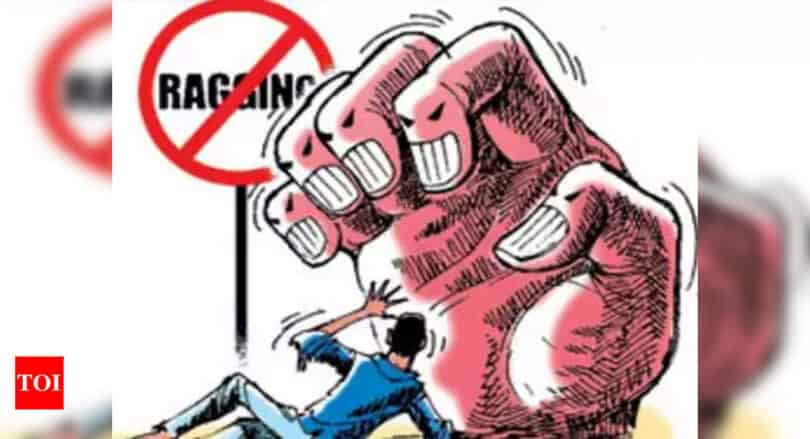 The students enrolled in higher educational institutions with the hope of embracing a brighter future and achieving some noble objectives have to face the bizarre ragging culture just after entering into the campus that causes them to evaporate their noble thoughts. They have to inflict physical and mental torture at the hands of student cadres and senior brothers that sometimes even lead them to deform their bodies, shattering hopes and meeting death.

Ragging culture goes in the room, dining hall, library, hall room, guest room, open places on the campus. All these points are torture cells. The pupils who faced such kind of ragging during their entering the campus try to regain what they have lost and suffered. Cadet Colleges harbor the culture of punishment and the senior-junior gap that I requested the senior cadets, but they disagreed with going beyond the tradition developed over the years.

It is learned from news media that more than three hundred events of ragging took place in different educational institutions that affected more than five hundred students physically and mentally for the last five years. Very recently, 27 of such incidents took place in higher educational institutions. This statistic is based on reports and the unreported ones might be bigger.

What kind of culture have we developed in our higher educational institutions? Where has it been imported from? Where do the students go? They have to face the torture of student leaders and cadres and seniors in various styles. On top of that, the practice of ragging has further exacerbated the entire scenario. Our country had been free from this culture even during the turbulent period of Ershad regime. ‘Ragging’ did not show its ugly face then.

We passed our entire university life during the period of Ershad regime. During that period, first-year pupils were given a grand reception and we also experienced it. Our reception program was held at the Gymnasium of Jahangirnagar University Campus where the departmental heads, provosts, proctor, and other senior teachers spoke on the occasion of ‘fresher’s reception’ that culture does not exist today though it is supposed to be held in a grander style with the passage of time.

Just after leaving home and known environment, we, the first-year students received continuous classes for several months together that made us and tired homesick and we brought out a procession to push forward the winter vacation so that we could go home earlier but our senior brothers chased us not to ask for closing the university earlier. They had their valid reasons as they wanted to get out of the campus as quickly as possible and not linger their academic year limiting their service age.

They observed ‘Rag Day’ while completing the Masters (university life) when they used to make various types of fun and cultural shows. We also did the same thing during our departure. But today’s rag day has turned into a heinous act that must be stopped at any cost to uphold the spirit of higher educational institutions.

During my teaching career at Cadet College, I saw how new cadets were greeted by decorating the whole campus and entertainment for cadets and parents and principals addressing the gathering. After three months, new cadets are inducted to the old cadet through ‘induction parade’, which is another gorgeous occasion. Many guests are invited on that day. All these talks about the practice of a healthy culture. But the ragging culture of recent times seems to be a new import that reflects the ferocious nature of students. Legal action against it must be taken with an iron hand.

We have sadly experienced how Abrar, a meritorious student of BUET, lost his life by the torture of his fellow classmates who are also BUET students and definitely meritorious. Twenty BUET students received punishment, fifteen of their death sentences, and five life terms following this incident. None of these students came to BUET to commit such a crime rather than become engineers and serve the nation and humanity. The bad culture of BUET has brought them this negative prize that can in no way be made up.

Common students are to seek permission from the so-called ‘boro bhai’ for going home. They have to take leave from the big brothers; otherwise, they have to face torture. The origin of committing such kind of crime lies with ‘seat allocation politics in the hall’. They also get divided into several sub-groups to collect money and want to spread and expose their muscle power. They don’t allow the common students to sleep in the hall who roam on campus at night, finding no other alternative they get involved in unsocial activities.

Such a heinous report also appears in newspapers that really makes us worried. Why have they come to the university and what are they doing? Universities seem to have become punishment centres like police stations. How strange! Types of punishments are—- students are kept standing on one foot for long, make them up and down, pretend to sit on a chair without any chair, pretend to be cocks touching the ears under legs, making sit on stamps, beating with plastic pipe and rebuking with filthy language.

They were measuring the length and breadth of the room with a match stick or with one taka coin. How innovative the cadres and leaders are! Many students leave halls to take shelter in messes that are not suitable for study but for fear of life they do so. Still, they are not spared. Student cadres visit messes and disturb the students.

Ragging is physical and mental torture that creates a sense of fear among the new students who become mentally depressed. They develop one kind of hatred towards their institution instead of learning good behavior and practicing healthy culture. The institutions also earn bad names though it does not bother the authorities as they get their salary from the state treasury.

Some students’ hatred towards the institution does not touch them at all. After the miserable death of Abrar because of inhuman torture inflicted upon him by his classmates and hallmates, the authorities have become a little bit more conscious and the scenario has changed now as the university authorities have upgraded their watchfulness that has helped to lessen the cases of ragging. We want it to be zero. Before 2019 junior students were punished by seniors even though they did not offer salam. We really get astonished to see how brilliant the students of BUET are and what they practiced!

The universities of not only developed countries but also developing countries have put emphasis on blended learning, e-learning, regular research and quality education to prepare their pupils to face the challenges of the century and cope with the global standard of education. On the other hand, our universities seem to practice different cultures ignoring the global scenario.

The COVID-19 situation has seriously affected our entire education scene and educational institutions are struggling to minimize the loss. Along with it, student politics, student politics, and averse to study and research have adversely affected higher education’s positive aspects. Ragging has added another degree of demeaning the value of education. In the face of all these odds, the teachers, students and university authorities will have to take some bold steps to bring back the lost glories of our universities and try to practice the culture for making our global education standard. The entire world is now experiencing the wave of the fourth industrial revolution.

The first industrial revolution was the steam engine; the second was electricity, the third was the computer and the internet, and the fourth was artificial intelligence. In the face of this reality, we don’t have any other alternative to developing a skilled workforce. The current practice of developing syllabus and curriculum does not prepare our citizens into a skilled workforce. So, revolutionary change must be brought to the field of higher education.

Efforts must be taken to elevate the quality of education, strengthen the research work at the graduation level and students must be amalgamated to it and make them feel why these are necessary for them and encourage them to receive real education shunning the path of ill-politics and ragging and torturing fellow students and juniors. Students, teachers, and university authorities must play a bold and courageous role in banishing these ills from our higher educational institutions.

The selection criteria of university teachers must be of the utmost quality in terms of their academic and other qualifications. After employment, they must be engaged in creative and research-based works and cultivate the culture of honesty, industry, righteousness, and morality so that students can learn to follow them, avoiding the path of dishonesty and getting easy benefits and undue privileges.