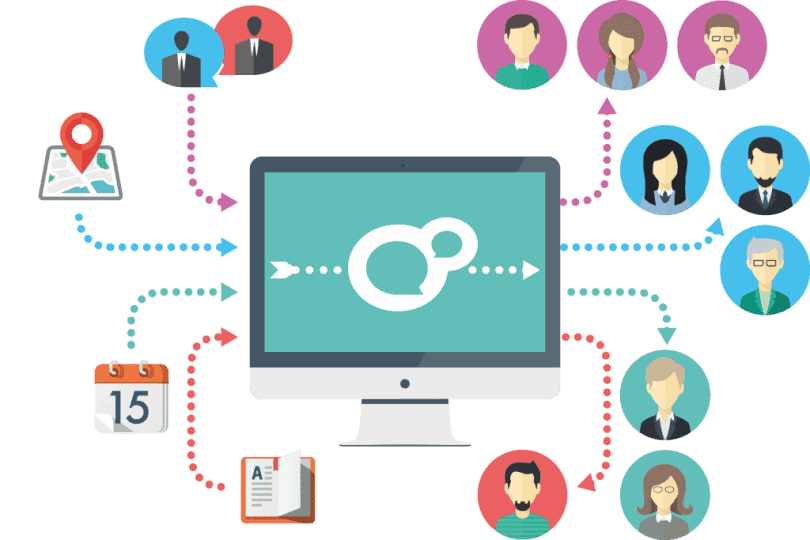 On GDP growth and progress in MDG & SDG, many reports have been published from different economic forum including World Bank, IMF and research organizations. World-famous newspapers also published features on this topic appreciating the progress of Bangladesh. But recently a debate has been raised about the statistics of GDP. In a way, the question has been raised on the progress of Bangladesh because of income imbalance and disparity and unemployment.

The last survey conducted by the Bangladesh Bureau of Statistics (BBS) revealed out that poverty in the whole country has been reduced, but it has been increased in 23 districts. Still, there are some points where there is no option of the ambiguity of progress. One of these is life expectancy. We are in six years ahead in life expectancy in comparison to Pakistan from which we made our emancipation. The per capita loan in Bangladesh is 434 US dollars, but in Pakistan, it is more than double. The foreign currency reserve in Bangladesh is four times more than Pakistan. The export of Pakistan is less than two thousand five hundred crore US dollars, but it is more than three thousand five hundred crore in case of Bangladesh.

Bangladesh has set the target of export five thousand crore US dollars which is not being deemed as overestimated by the experts as before (the Prothom Alo, 16 December 2019). The UN food organization FAO calculated that Bangladesh is 94th country in the globe as per area, but it is 11th in food production. The 10 other countries which are in the above position are 3 to 20 times bigger in size than Bangladesh. In 1970, per hector production of paddy in Bangladesh was 1 ton, but it has been increased up to 4 ton in 2019. Nobody can ignore this achievement. Albeit, Bangladesh has to run a long way to be developed country as the per capita income of a developed country is 17-18 thousand US dollars, which is still far away no doubt.

What changes happen whether the country becomes developed

There are many advantages to be a developed country. If the country becomes developed, per capita income increases; so buying ability rises. The different opportunity for services increases, the level of living rises. Health services increases and the life expectancy rises. Simultaneously, some disadvantages arise. As for example, the percentage of working population decreases and dependable population increases. So, pressure on economy increases.

The country like America also falls in the problem of ensuring services like health. So there should have thinking about how to face problems after being a developed country. But obviously top of everything, process and techniques to be developed country is more imperative. Now, Bangladesh is in the years of demographic dividend or in the position of the advantage derived from the current population. The meaning of this advantage is the number of the working population in Bangladesh is more than other section (dependable) of people.

Now, there are two third working population, on the contrary, one-third population are dependent. Each nation gets once of this dividend of its history. Right now, Bangladesh is in that of great opportunity. It will continue up to the next 30 to 35 years. After that the population of senior citizens will be increasing, that is the number of dependent people will be increasing. Meanwhile, the number of people over sixty years has started to increase. Within Asia, this problem is high in Japan and it highly exists in most of the European country. So by this time Bangladesh has to do what it intends to do. UN population department says, in 2025, there will be 1 senior citizen out of 10 people and in 2050; it will be 1 out of 5. Therefore, time is flying rapidly.

There are many advantages to be a developed country. If the country becomes developed, per capita income increases; so buying ability rises. The different opportunity for services increases, the level of living rises. Health services increases and the life expectancy rises.

Then, what should we do

The demographic dividend, the vital opportunity what we are enjoying right now should be utilized effectively as human resources and to the point and as much as possible. For achieving this, we have to make our working population skill and make them as good human resources. So many discussions are going on the theme; therefore there is no ambiguity about its rationality. The discussion is much demanded on how to transfer the population dividend into an economic advantage which is a great challenge for Bangladesh.

Facing this challenge the government has to take a revolutionary decision in secondary education level. Currently, the numbers of student go for higher education and eventually face unemployment. After completion of higher education, the rate of creating entrepreneur is also below the expected level. The discussion on quality of education is a long term burning issue. It is exquisitely denotable that a large section of students who completed primary education and entered into the secondary education did not achieve many of the competencies as stated in the curriculum. They are being promoted class after class at the secondary level also, and the crisis is sometimes more than primary education. The teachers are not alone responsible for this deteriorating situation.

Who is being promoted class after class without achieving competency as expected in the curriculum, how much they will run? Most of them will struggle at the SSC level. Even though they cross the hard bar will they go for higher studies? The possible answer might be `no’. So, we should make a stoppage. Where it should be? My assumption, the stoppage might be grade eight. Who is being promoted without achieving many more competencies or being pushed class after class, we should not carry on them up to SSC. Another fact is, whether these students dropped out of the education stream in grade six, they will not be developed as a skilled population. Having this reality, the government can build up a database.

This data will find out how many students have passed grade eight who are not so determined to achieve SSC successfully. The government has to face many challenges to establish this database. Whether the headteachers of secondary schools are requested to provide this information honestly and without fear, they can easily supply the intended information. These students will be proposed to get involved with different skilled-based courses.

If the students and guardians realize that there is no bright future in general education, on the contrary, there is much possibility of employment in skill-based learning, they will be enthusiastic to be involved with these courses. To encourage them, the high possibility of employment after completion of the courses should be focused. To have this, we need a comprehensive survey of the intended population.

Human Resources and the possibility of employment

Bangladesh is rapidly moving towards industrialization. Skill labour will be needed to mitigate probable demand. Right now, the demand chain and supply chain is quite imbalanced. Again, there is big growth in remittance where other indicators of the economy are going down. The flow of remittance might be more if we can ensure skill labour. But what is the plan of government in this sector? Already some foreign workers are working in the garments sector.

Whether we have a skilled human resources or worker, there will be no need of having them at the expense of dollars. The establishment of 100 economic zones is going on. Some of these are in production. When these huge number of zones will be working in full pace, how much skilled labour will be needed? Is there any data on this? So far I know, there is no survey for getting the information. Work diversity is also an important issue. Why females will be working only in the garment sector. There is a scarcity of skill driver. How much female drivers are working having a high demand? Bank, NGOs and other organizations may take a policy; that they will recruit a certain percentage of female drivers.

I can remember the statement of a renowned industrialist. In a television talk show he said, “I have cement factory. When I search human resources for a position demanding master-level education qualification, minimum 2000 applications are being submitted. But when I want a skilled worker for quality control of cement, few or no applications are available for recruitment.” So, there is a demand for skilled labour; not for general educated people. This is in-country demand excluding foreign opportunity. When 100 economic zones will be functioning, certainly the demand will be increased for several times. Are we preparing our students for mitigating this demand?

Whether we have a skilled worker, there will be no need of having them at the expense of dollars. The establishment of 100 economic zones is going on. Some of these are in production. When these huge number of zones will be working in full pace, how much skilled labour will be needed? Is there any data on this?

A subject on this human resources area has been initiated in the secondary level curriculum. It is contributing to making awareness for this area and opportunity, but it is not enough for mitigating the competency demanded in the factories. If we have data revealing out the demand for workers of a particular area, the students might be enthusiastic to be prepared to get the job. The students will be eager to have that sort of knowledge and understanding which will ensure their employment. Obviously, there is a deficiency of such institutions who can hang notice that numbers of jobs are available for those who complete the courses they render. We need such institutions and courses.