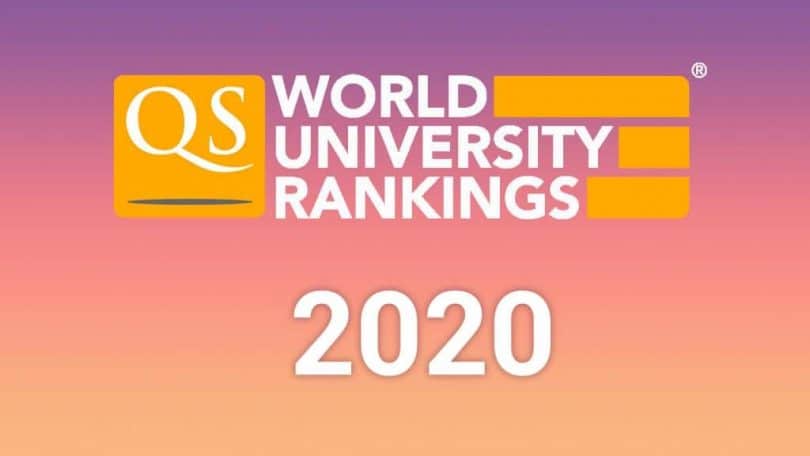 The ‘Quacquarelli Symonds (QS)’, ‘Times Higher Education (THE)’, ‘The Center for World University Ranking (CWUR)’ and ‘The SCImago Institutions Rankings (SIR)’ have recently published world university ranking of 2020. These four organisations are reputed and well known all over the world for preparingf rankings of the academic institutions/universities for states every year. The top ten universities ranked by four reputed institutions are presented in Table 1.1 below.

University ranking of four organizations vary from each other significantly. What is the reason behind this variance? The reason is that – four institutions have used different indicators/matrixes and methodologies. For example, academic reputation is one of the criteria to evaluate the performance of the universities.

THE gives less weight to the academic reputation for youngest universities those are less than 50 years old, whereas QS uses the same methodology as their world university ranking. As a result, youngest universities can receive a lower score in the QS table. The matrixes used by four institutions are presented in Table 1.2 below:

Now I would like to discuss very briefly about the status of Bangladeshi universities regarding world university ranking. The number of universities with ranks by QS, THE, CWUR & SIR are presented in Table 1.3.

Now I would like to draw attention to why Bangladeshi universities failed to get better positions in the world university ranking/league tables. According to the QS, THE, CWUR, the place of the University of Dhaka in the world league table is 800+, 1000+ and 1684, respectively.

What are we offering to our graduates? What is the role of government in ensuring higher education and research in universities? What is the future aspiration of graduate students? What do we want to produce from our universities? What do parents of graduates expect from universities and teachers? The simple answer is – both demand and supply sides would like to secure a safe future through getting a government job. More precisely, all graduates would like to be BCS cadres or have an excellent job with a higher salary in public or private sectors.

Now one can ask why the universities of Bangladesh cannot educate graduates like Oxford, Harvard, Stanford, Cambridge or MIT. To get this answer, we need to search the answers to the questions that are raised in the earlier paragraph. Everybody blames that the politics of teachers and students are mostly responsible for the worse reputation of universities. I firmly believe that the argument is vague. The politics of teachers and students could only be a reason, but not the master.

The government of Bangladesh has allocated only 2.5% of her budget in education (primary, secondary, higher secondary and higher education). I do not know whether any industry of Bangladesh has invested money to invent new patents or not. Without industrial investment, a university cannot do research in order to develop a new patent, particularity in science, engineering and technology sectors.

Government funds and industrial investment are necessary to run universities well. The government of Bangladesh has allocated only 2.5% of her budget in education (primary, secondary, higher secondary and higher education). I do not know whether any industry of Bangladesh has invested money to invent new patents or not. Without industrial investment, a university cannot do research in order to develop a new patent, particularity in science, engineering and technology sectors.

A university of a developed nation such as Australia invests a minimum one crore BDT for a PhD student. This investment could be more for a fellow in the science discipline. How much does the government of Bangladesh invest for a graduate student?  To more or less, the nature of universities of Bangladesh is only teaching, not research. I have observed that university teachers have used their own resources to acquire higher degrees (Master/MPhil/PhD). The government does not offer any scholarship to university teachers or graduates. The resources of government for higher education and research are allocated for BCS cadres. University is the best place to innovate new ideas and inventions through research. However, the government does not give proper attention to universities.

I have carefully observed that almost all graduates run for government jobs. They read and memorise a bulk of answers to questions in some specific areas, regardless of disciplines. We have developed a culture that BCS cadres are the most brilliant graduates in Bangladesh. We also feel proud to say that ‘X’ number of students have been BCS cadres from Dhaka or Rajshahi University. It is the way that we evaluate the performances of our universities.

However, what has BCS cadres brought for our country’s honour and dignity? We witnessed that Bangladesh had been the topmost corrupted countries worldwide for five consecutive times (2001-2005). Even now a day, the top most corrupted sectors are administration, police and doctors in Bangladesh, reported by the TIB.

I believe that the administration of Bangladesh is one of the less effective administrations around the world. They do not induce any significant theory that can change the administrative services in our country. However, we feel proud that they are the most brilliant and meritorious student across the country. If graduates of universities do not think about new ideas and inventions, how can we expect that you would get a better ranking in the world league table? How many students of universities have won Noble Prizes? How many of them have become great political leaders worldwide? How many graduates have become billionaire around the globe?

If we want to improve the reputation of our universities, government and industries should invest money to do more and more research. It is also necessary to change the policy and ensure the environment to bring more international students and teachers to get an international flavour.

I do not want to blame universities. The higher education policy in Bangladesh is mostly responsible for this worse situation. If we want to improve the reputation of our universities, government and industries should invest money to do more and more research.

It is also necessary to change the policy and ensure the environment to bring more international students and teachers to get an international flavour. The students must change their attitudes to their professions and engage themselves in research. Otherwise, we will only be frustrated to see the worse condition of our universities.

In the next writing, I will focus on the ins and outs of the procedures of collecting information of the universities worldwide and the process of calculating scores on each criterion.