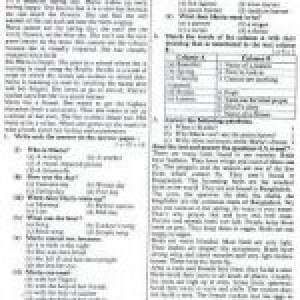 Our young learners have been undergoing constant trial and error method for the last several years though it is desirable that bringing any change calls for piloting on a small sample. We bring about changes taking the whole nation as a sample. According to the curriculum of 2010 new books have been developed by the National Curriculum and Textbook Board. Students belonging to grade six to nine got new books in 2013 when it was declared that no questions will be set from the English For Today as it does not go with the spirit of Communicative Language Teaching. Actually setting questions from the EFT or not does contradict the principles of CLT.

The practice of not using EFT in schools and even colleges by the teachers and students has been going on for a long. NCTB officials visited different parts of the country and found that teachers don’t use the EFT in the classroom. They gave data that more than one million students belong to the intermediate level and they printed EFT for intermediate class accordingly but only five thousand books have been sold. These facts raised their concern which is reasonable and we appreciate their concern. But things happen differently. Books are distributed free of cost up to grade nine-ten but neither the students nor the teachers use them in the classroom. So, the NCTB asked for the opinions of teachers and experts who advocated in favour of setting some questions from the EFT which they believe will bring teachers and students’ attention towards the EFT. Still, it cannot be guaranteed that teachers and students will use EFT provided by NCTB in the classroom and for taking preparation for public examinations.

English For Today is not used first because it does not show the questions to be set in the examinations in an organized way. Our education system stands as examination based or mostly examination focused which makes both teachers and students follow the things which will directly help them in the examinations. The helping books such as note and guidebooks hold the questions and how to answer them in a readymade way which teachers and students grasp. Number two, our EFTs are not at all attractive and user –friendly. Pages are newsprint and no colour or colourful pictures happen in the text. Thirdly, we have an ample number of guide and notebooks available not with the questions in an organized way but also with the lessons of EFT materials. When things go like this, why teachers and students will use the EFT?

Keeping these practical phenomena in mind I advocated in 2013 that at least one passage should be set from the EFT for the students who would sit for JSC examinations. The whole English teaching community particularly the rural teaching community and students clamoured that some questions must come from the EFT otherwise it would create a serious problem for them. Being a man belonging to teaching I produced an article in English and another one in Bengali highlighting and advocating the issue that at least one passage for the JSC examinee should be set from the text which got published both in English and Bengali dailies. NCTB officials and experts were still adamant about their decisions. However, things probably drew the attention of the Directorate of Secondary and Higher Education (DSHE) and the Ministry of Education and they immediately decided to include one seen passage from the EFT for the JSC examinees. It probably displeased the experts of NCTB. Anyway, this practice has been in vogue since then. But the questions of SSC and grade six and seven still see the unseen passages.

By this time the new EFT for class eleven and twelve were introduced at the beginning of this year (2015) following the new curriculum and they followed the system of JSC examination after convening a national convention on the issue where teachers and experts opined in favour of setting partially seen passage along with unseen parts.

On 22 December suddenly NCTB called another convention to change the questions of SSC and grade six and seven as the questions of these classes are still absolutely unseen. They invited the opinions of teachers and experts on how much seen and unseen questions would be set for these classes. Different kinds of opinions were given but the common thing was both seen and unseen passages should be set in the questions of grade six, seven and SSC as is followed in JSC and HSC. The questions of public examinations should be suitable for all levels of learners in advantaged and disadvantaged areas of the country. In this sense, the thing retains merit. Setting seen questions means a little bit easier than unseen ones. Students find the same passages in the public examination questions as they have practised in the classroom, individually and in the coaching centres.

To learn a foreign language only following some particular questions and getting prepared accordingly does not necessarily ensure students’ command over that language. They need to practice a lot and in various ways and from various sources which we fail to ensure in the classroom and only one textbook does not give that scope and all of our English teachers are not well trained to develop various activities for the students to develop their skills. In this perspective, I think the learners of grade six and seven who don’t sit for public examinations should have scopes to go beyond the textbook and broaden their horizon of language skills. They need not keep themselves confined to seen questions only. I expressed this opinion to the NCTB auditorium on 22 December 2015. But they harp on the point that all the questions should be in the same category i.e. they want to develop the questions of JSC, SSC, HSC following common criteria and the same would be followed in six and seven grades also even though they don’t have public examinations in these grades.

When any change is made or takes place the thing should be immediately circulated through all the channels so that the people concerned can learn it. Our previous experiences say that the change is done but people concerned become ignorant of it as the thing is not circulated widely for some unknown reasons. I raised this point also in the NCTB auditorium and thanks to the authorities that the changes they have made this time taking the suggestions and opinions of teachers and experts have been published on the NCTB website which we salute. Now for six and seven 15 marks (MCQ-05, answering question 10) will be from the EFT (seen) and the rest unseen and for nine-ten 22 marks (MCQ-7, answering questions 10, gap-filling without clues 05) will be set from the EFT.

To assess the linguistic ability of the learners the existing system of English questions may not be enough or appropriate. It has been seen that when a seen passage is set from EFT in any board, the same passage with the same questions is continuously repeated in other boards which never can assess the linguistic ability of our learners. This thing must be monitored very carefully by the education board authorities as seen questions have come back.