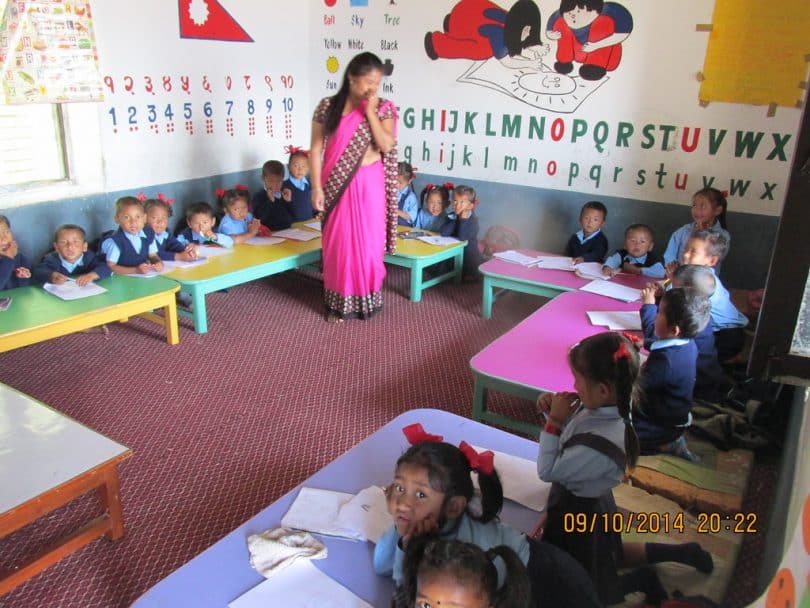 Early Childhood Education (ECE) is important for the holistic development of a child. The holistic development includes emotional, intellectual, moral, social, physical and spiritual development.ECE has a strong positive influence on school performance and achievement of children in schools. But it is a matter of regret that due to inadequate understanding, socio-economic inequality and some weak coordinated leadership, ECE and more specifically pre-primary education in Bangladesh has not been a part of the public education service. The enrollment for pre-primary in Bangladesh is one of the lowest among Asian Countries. Its quality has been inadequate mainly due to untrained teachers and shortage of facilities. Though there have been various initiatives to improve pre-primary education, the country does not yet have a national framework policy or a mechanism, in which  all initiatives  and interventions can be coordinated to achieve common goals.

The objectives of ECE are-

•    Socialization of children through child friendly games and activities

The Fundamental Principles of ECE are-

•    Early Childhood is the foundation on which children builds their lives
•    Children develop at different rates and in different ways emotionally, intellectually, morally, socially, physically and spiritually
•    All children have abilities which should be identified and promoted
•    Young children learn from everything that exist and happen in their environment
•    Play and conversation are the main ways by which young children learn about themselves and the world around them
•    Interaction with adults and peers is of central importance to a child’s development
•    Children who are encouraged to think for themselves are more likely to seek knowledge and to be eager to learn.
(Source: Early Childhood Care and Education Programmes in Bangladesh: Strengths and Challenges, UNESCO, Dhaka, page-20).

The Government of Bangladesh made strong commitment to achieve Education for All (EFA) following the Jomtein Conference in 1990, and again agreed with the six EFA goals enunciated in the Dakar Framework for Action 2000 including the one on ECE.The Dakar goal states the need for expanding and improving comprehensive Early Childhood Education (ECE), especially for the most vulnerable and disadvantaged children. The Government of Bangladesh developed A Plan of Action following the Jomtein EFA goals in 2000 which has been revised and updated in 2002.It is expected to be adopted by the government and taken up for phase-wise ,time bound implementation. Although it is a well-known fact that children’s needs are urgent, everything can wait but theirs cannot, this long waiting for approval of the Plan of Action at the administration level does not go with the urgency of achieving EFA goal. This indeed demonstrates lack of concern of the policy makers about the needs and benefits of early childhood care, early childhood education and developmental activities. Besides EFA, Bangladesh has ratified the Convention of the Rights of Children (CRC) that safeguards children’s basic rights, such as, the following:

•    Best interests of the child
•    Survival, growth and development of children
•    Participation
•    Non-discrimination (based on race, gender, culture, religion, abilities, political affiliation of their parents etc)

National Education Policy 2000: The Education Policy 2000 considered the need for a school preparedness education programme for 5+ children. The NEP suggested pre-primary education of one year duration in selected primary schools and then covers all the schools by phases. It suggested alternatively a six month preparatory education before class one that can be upgraded to one yearlong course by 2005.It further suggested public participation in financing and managing pre-primary education programmes of the country.

Traditional practice in Government Primary Schools: Traditionally younger siblings of primary school students come to schools with their older siblings because the older ones are the primary child minders in poor families. The school premises crowded with young children compel school administration to organize an informal class for them known as ‘small one’ or ‘Baby Class’ teaching rhymes, alphabets and numbers. This was a local need met by local school people locally without waiting for government approval or disapproval. The Education Commission 2000 suggested to retain these preparatory classes either as: (a) six months pre-school or (b) one year long pre-school education programme.

First formal initiative of NCTB: Considering the existence of ‘small one’ or ‘Baby Class’ in all rural and most urban government primary schools, NCTB with the assistance of Dr.J.Ratnaike of UNESCO,Bangkok ,evolved a need based pre-school education programme in 1981-1982.The main purpose was to provide school preparedness skills to the disadvantaged children who enter primary schools without having any academic readiness required for academic activities of primary school. A primer was prepared introducing pre-reading and pre-numeracy skills. The primer was printed and supplied to the schools. After 3-4 years the programme was abandoned.

Initiative of DNFE: The DNFE with the help of NGOs and UNICEF introduced a ‘Baby Class’ education programme in 1992 that discontinued after the completion of the General Education Project period of MOE.

National Education Commission 2003: The Commission suggested that School Management Committees (SMC) should be responsible for bringing all 5 year old children in schools which is expected to improve the quality of primary education. For this, the government has to build six classrooms and appoint six teachers in each primary school. The major objectives of pre-primary education suggested by the commission, among others, are:

•    Assist children to get physically and mentally prepared for primary education
•    Socialization of children through child-friendly games and activities and development of cultural and aesthetic sense.

The commission suggested the following actions:

•    A unit (in DPE) on pre-school education should immediately be opened.
•    NCTB is to develop curricula and syllabi for pre-school education
•    Registration of all pre-primary education providing institutions should be ensured
•    For urban pre-primary schools Municipal Authorities and for rural pre-primary schools Union Parishads may provide financial assistance
•    For children of working parents in cities and industrial areas , children’s homes /day care centers are to provide children with games , nutritious food and safe water
•    Pre-school teachers training should comprise areas, such as child psychology, mental health, nutrition, moral education, first-aid, children’s literature, music, song, drawing, play, child appropriate teaching methods etc
•    Salary structure, recruitment rule for ‘Baby Class’ teachers should be introduced
•    Teacher training programme (primary) should include pre-school education
•    Some kind of control of Government over Kindergarten and Nursery schools should be ensured and these are to be brought under registration
•    Involve NGOs having experience in pre-school education in management of pre-school education.

PEDP II: Under PEDP II, Government has a commitment to recognize pre-school ‘Baby Class’ education for 5/6 years old children of the country. The challenge is to materialize the promise or the commitment and to reach around 9 million children with a developmentally appropriate good quality ECE programme in all types of learning centers including children with different types of disabilities.

As a Trainee Educational Psychologist I visited some Government primary schools of Dhaka City. The ‘Baby Class’ (known as small I-Chhoto one) exists in most of the government primary schools although there is no government approval yet. It has been a common scene in primary schools that younger siblings come to schools with their older siblings. Classroom is crowded by children of age 3 to 5/6 and inadequately organized because older children although are interested to learn alphabets, numbers and rhymes; the young infants do not understand anything of it except some songs and rhymes in which they could participate. Play materials are rarely used, found to be in the Almirah or on top of the Almirah. The young infants managed sometime by the Head teacher or some other time by upper class students. Government’s passive attitude to ‘Baby Class’ might have influenced the teachers in taking less interest in ‘Baby Class’ teaching.

So, personally I think ECE in Bangladesh should be compulsory for all children aging 3 to 5 to make it universal. It will ensure the Quality of Education. Understanding the importance of ECE Already Argentina, Venezuela, Mexico, Panama, Peru, Columbia, Kostarica and Uruguay have made 1 to 3 years ECE programme compulsory for all 3 to 5 years children. Bangladesh Government should also take necessary steps as early as possible.