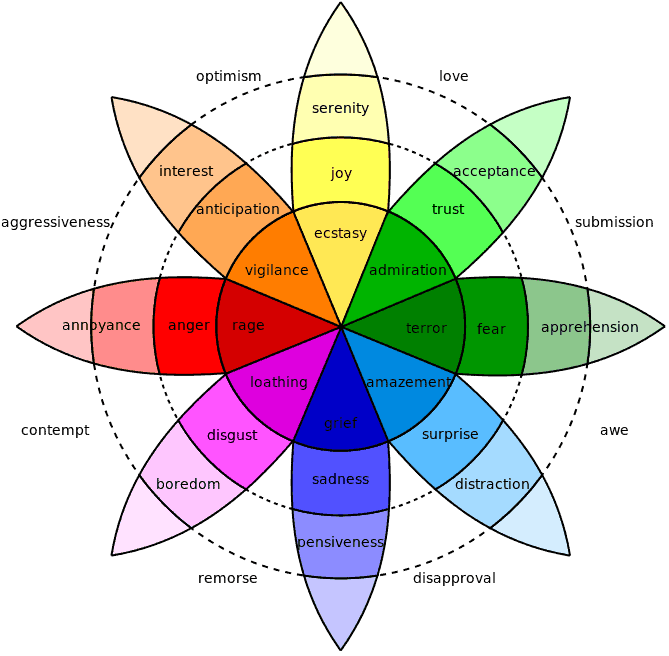 Empathy is a key element of Emotional Intelligence. It establishes the link between self and others as it is how we as individuals understand what others are experiencing. Researchers generally define empathy as the ability to sense other people’s emotions, coupled with the ability to imagine what someone else might be thinking or feeling. Contemporary researchers often differentiate between two types of empathy namely “Affective empathy” and “Cognitive empathy.’ Affective empathy refers to the sensations and feelings we get in response to others’ emotions; this can include mirroring what that person is feeling. “Cognitive empathy,” sometimes called “perspective taking,” refers to our ability to identify and understand other peoples’ emotions.

Scientists have speculated that some aspects of empathy can be traced to mirror neurons, cells in the brain that fire when we observe someone else perform an action in much the same way that they would fire if we performed that action ourselves. Research has also uncovered evidence of a genetic basis to empathy, though studies suggest that people can enhance their natural empathic abilities. When we see someone in pain and feel that response in our own gut, that’s empathy. When we see someone crying tears of joy at an important reunion and notice ourselves choking up, that’s empathy. When we see someone struggling with a problem and feel an emotional pull to help, that’s empathy. Kids are empathetic by nature! They are affected by other people’s feelings and are driven to respond.

Emotional intelligence has become an increasingly popular idea over the last twenty years. The importance of these skills for a personal, relationship and even work success has become increasingly recognized in the psychological community, and researchers and therapists alike are developing ways of helping folks learn and make use of these skills. When we instinctively tell our kids to “think about how what you did make your sister feel,” we are training our kids in empathy and inviting them to recognize the importance of taking others’ feelings into account.

Feelings are complex bio-chemical realities that take place in our whole bodies, but not necessarily involving our logical brain! Naming them can be trickier than we sometimes realize. Helping our kids find the right words that express what they’re feeling is a great way for them to come to understand the feelings of others. Modeling the behavior you want your kids to emulate is one of the best parenting strategies around. Kids are watching us all the time and what we do influences them as much or more than what we say. So, we should be careful of these doings. When we notice our kids doing the right thing, a reward can be a powerful way to influence their behavior in the future. So, we should pay attention to when our kids are responding out of empathy, reaching out to help, changing their behavior out of concern for another, and let them know we value and support what they are doing.

None of us is perfectly empathetic all the time, even as adults. To ask kids to put others first or even to be able to have the emotional energy to notice what someone else is feeling when they are upset is asking a lot. Nurturing empathy in kids is the pivotal role of a parent. Empathy helps them to build strong relationships and develops a strong community, where every individual cares about others.

The word “empathy” is now on the lips of scientists and business leaders, education experts, and political activists. It’s a habit we can cultivate to improve the quality of our own lives. We can nurture its growth throughout our lives—and we can use it as a radical force for social transformation. Highly empathic people have an insatiable curiosity about strangers. They will talk to the person sitting next to them on the bus, having retained that natural inquisitiveness we all had as children, but which society is so good at beating out of us. Curiosity expands our empathy when we talk to people outside our usual social circle, encountering lives and worldviews very different from our own.

George Orwell is an inspiring model.  After several years as a colonial police officer in British Burma in the 1920s, Orwell returned to Britain determined to discover what life was like for those living on the social margins. “I wanted to submerge myself, to get right down among the oppressed,” he wrote. So he dressed up as a tramp with shabby shoes and coat and lived on the streets of East London with beggars and vagabonds. The result, recorded in his book Down and Out in Paris and London, was a radical change in his beliefs, priorities, and relationships. He not only realized that homeless people are not “drunken scoundrels”—Orwell developed new friendships, shifted his views on inequality, and gathered some superb literary material.  He realized that empathy doesn’t just make you good—it’s good for you, too. Removing our masks and revealing our feelings to someone is vital for creating a strong empathic bond. Empathy is a two-way street that, at its best, is built upon mutual understanding—and exchange of our most important beliefs and experiences. Empathizing with adversaries is also a route to social tolerance. That was Gandhi’s thinking during the conflicts between Muslims and Hindus leading up to Indian independence in 1947, when he declared, “I am a Muslim! And a Hindu, and a Christian and a Jew.”

The 21st century should become the Age of Empathy when we discover ourselves not simply through self-reflection, but by becoming interested in the lives of others. Empathic children and adolescents are more likely to engage in positive social behaviors, like sharing or helping others. They’re also less likely to be antisocial and exhibit uncontrolled aggressive behaviors. That’s a big reason why educators have been devoting more attention to empathy in recent years, integrating it more deeply into schools and curricula. Our capacity for feeling empathy starts very early in life. A recent study from the University of Munich in Germany found that children between the ages of five and seven increasingly anticipate feelings of concern for other people. Teaching empathy doesn’t just make kids more emotionally and socially competent; it can also help them be more successful and functioning citizens in the future. More and more experts understand and agree that our social and emotional health is important for our academic learning, our psychological well-being, and our overall success in life.

If we keep children apart in the classroom, we are not going to reach psychological or mental functioning. It goes hand in hand: a person can’t thrive academically if he or she is depressed, and in order to be a better learner, those depressive issues need to be addressed. Research suggests empathy is linked to improved social interactions, class participation, and fewer behavioral issues in the classroom. Every single classroom is a microcosm and each child in that classroom has varying capacities of mental needs. If we don’t look at the varying needs, we miss the opportunity to promote empathy in the best possible way. Empathy is also about connecting with other cultures. It’s threaded in everything we do. It’s our foundation. It’s our benchmark. And today’s world perspective tells us to cultivate empathy in our children with great care, more attention, and much importance.