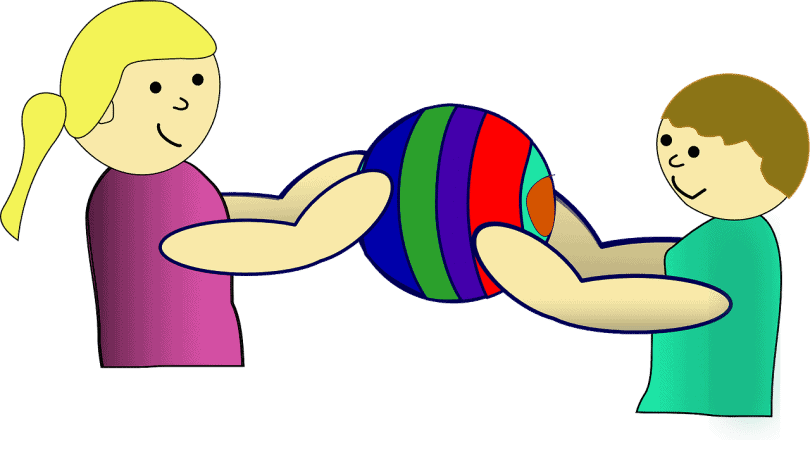 The word ‘play’ itself sounds fun, free, engaging and enjoyable. Whenever we hear about play, we think about children, childhood or childlike activity and a hidden cognitive development. There is an undoubted analogy of play and children’s activities. Although there could be a debate of whether play could be called as children’s work or not, we can’t argue on the fact that play is and will always be the most significant experience of childhood.

Play is referred to as “autotelic”—it is engaged in for its own sake, with the reward inherent in the activity itself1. Whatever argument is there on the definition of play, it has been recognized by scholars and researchers of child development as an important tool for and pathway towards children’s social, emotional, intellectual and physical development. Therefore, play has been defined as an observable behavior and we can’t agree more with Gary Landreth and Linda Homeyer (1998)2 that,

“Everything a child is, does, and becomes may at one time or another be demonstrated through play.”3

Play, as defined by Jean Piaget

The importance, stages and developmental aspects of play had been studied by scholars and researchers since 15th century and their proven hypothesis had been organized in theories which are the foundation for designing early childhood interventions and education. Among all classical, modern and post-modern theorists, Jean Piaget (1896-1980), the Swiss scholar and a modern constructivist theorist of children’s cognitive development, played a significant contribution to the area of play and children’s development. In his classic book Play, Dreams and Imitation in Childhood (1962) he defined play in the following way:

“The prevalence of play among children is therefore to be explained not by specific causes peculiar to the realm of play, but by the fact that the characteristics of all behaviors and all thought are less in equilibrium in the early stage of mental development than in the adult stage, which is, of course, obvious.”4

Thus, according to Piaget, play is a process through which children learn and move to the further stages of cognitive development.

Jean Piaget formulated a series of play stages that corresponded to the successive stages in his influential theory of cognitive development in children (Figure 1). The sensorimotor stage (0-2 years), when children are focused on gaining mastery of their own bodies and external objects, is characterized by “practice play” consisting of repeated patterns of movement or sound, such as sucking, shaking, banging, babbling, and, eventually, “peekaboo” games in which objects are made to repeatedly disappear and reappear. The preoperational stage (ages 2-7 years) is marked by the ability to master symbolic functions, including the association of objects with words, and the transition from an egocentric focus to an awareness that events have causes outside themselves. At this stage, children begin to engage in make-believe games marked by the use of objects for purposes other than their intended function. As they move through the concrete operational stage (ages 7-11), during which categorizing activities and the earliest logical operations occur, the types of rules governing their play and the reasons for following them change leading to games with rules.

According to Slavin (2005) there are four main teaching implications drawn from Piaget’s theory9 which could also be deciphered for ‘play’ setting in the context of Bangladesh:

1. A focus on the process of children’s thinking, not just its products: In the context of Bangladesh, teachers only look for the correct answer or the end product. Instead, they should emphasize on the process of play or problem solving.

2. Recognition of the crucial role of children’s self-initiated, active involvement in learning activities: In Bangladeshi classrooms there is more emphasize on the presentation of ready-made knowledge. Instead, teachers should encourage children to relate and interact with their immediate environment for learning through play.

3. A de-emphasis on practices aimed at making children adult like in their thinking: This refers to the fact that educators should design play curriculum according to the need of the age. To facilitate ‘symbolic play’ for pre-school children open ended, divergent and low cost materials should be provided to help them engage in high quality play.

4. Acceptance of individual differences in developmental progress: Because of this, teachers must make special effort to arrange play activities for individuals and groups of children rather than for the whole class group.

The major strengths of Piaget’s theory are:

The weaknesses of Piaget’s theory are:

Children explore through play, discover new feelings and learn about the world. Through play children continuously assimilate their current experience and accommodate the new schemas into the old ones. According to Jean Piaget,

“Play is the answer to how anything new comes about”10.

Therefore, children at an early age should be provided as much opportunities and facilities for quality play as possible by the adults so that they can reach their highest potential. In the context of Bangladesh, educators, parents, and policy makers are not aware about the importance of play for cognitive, social and healthy emotional development of children. Advocacy for play based curriculum and sufficient play facilities in the school environment is essential to foster children’s development at an early age in this country. Awareness campaigns and sharing related research findings among parents, educators and policy makers are required to get the spotlight on ‘play’ as a pathway of children’s development at an early age.