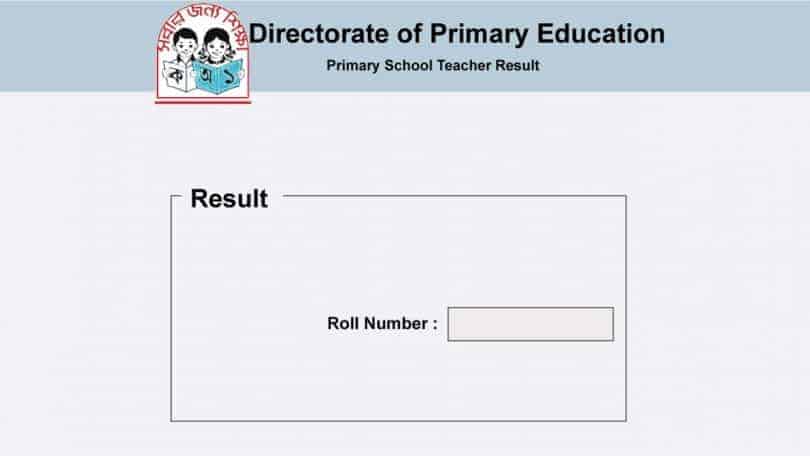 The primary terminal exam result 2012 has been published on last week of December, 2012. This year the pass rate marked slight rise with 97.35 per cent (total 2415341 students passed the examination), up by 0.09 percentage points than last year. Children have done better than ever in this year’s primary school terminal exam, taking the success rate to a new height while number of highest grade (GPA 5) doubled with 230220 students across the country. In last year the number was 1,05,673. On the other hand, 65,778 failed to pass the grade V and no students from 710 schools passed this year. Most of the students did excellent in every subject individually that has made a positive impact on the overall result although there is significant scope to improve in Mathematics and English. However, let’s congratulate the Kids! Well-done!

Like previous years, the result shows that schools attached with Primary Training Institute (PTI) and run by BRAC, topped the success chart in terms of pass rate with over 99 percent students passing the test. In contrast, Ananda schools, which are under a government project, ranked the lowest. The overall result clearly stated a remarkable achievement in terms of quantity but there are long way to go for quality education.

There is no doubt that some important decisions worked as triggering factor of grand achievements. As a result, enrolment has increased significantly across the country, dropout rate declined, pass rate leapt up, and a massive awareness on education has grown among people. As single country in the world, government initiated to distribute free textbooks among all students of primary and secondary levels in due time. The government has so far distributed 92 crore copies of textbooks since 2010 and this year, around 26.17 crore copies of textbooks are being handed over to around 3.68 crore students in all over the country. National education policy formulated, specific dates set for beginning of classes and terminal exams, result publishes in due time, stipend program has been extended to 90% students, introduced e-books and measures taken to reduce the coaching and admission business. Another mentionable step includes nationalization of all 26284 non-government primary schools.

In spite of all these grand achievement, ensuring quality education still remains a big challenge for the government.

Result of both JSC and Primary terminal exam has shown that students of educational institution in the urban areas did much better than the institutions from rural areas. The primary terminal exam results show that none of the 20 best institutions of the country is from rural areas (New Age, 28 Dec) and most of the GPA 5 scorers are also from urban areas. The report said, teachers shortage, poor infrastructure and the lack of government support are mainly responsible for the poor performance of schools in rural areas while educationalists added the issue of ‘negligence’ by the authorities. However, these are not only issues hindering quality education for all.

The financial disparities of the guardians in urban and rural areas also have reflections on the terminal exam results. The research shows expenditure in primary education has been increased over the years from 2005 to 2011. In 2005, the guardians had to spend on 8 sectors for kid’s education purpose while the number of items increased to 17 in 2011. The amount of expenditures also increased from 2785 Tk. to 6483 Tk for a poor family in same duration with the increased of almost three times while guide book, coaching fees and communication cost come as compulsory expenditure items in family budget (ActionAid, 2011).

Lack of adequate school infrastructure and suitable classrooms are another big factor for achieving quality education for all. For quality learning, schools should have appropriate number of class rooms with appropriate size, accessible to all with adequate and separate sanitation facilities for girls and boys. The structure should be resilient to disaster. But reality does not show the same picture. Research reveals that only 42.5 % schools are resilient to flood disaster, 47.5% are to earthquake, and only 27.5% schools are resilient to river erosion disaster (ActionAid, 2011). Only 45% schools have the separate toilets in terms of boys and girls, and 35 schools have no sources of safe drinking water for their learners.

For quality education, it is supposed to have sufficient number of trained teachers of whom a good proportion is female. Teachers should receive good quality pre-service and in-service training with built in components of gender sensitivity, non discrimination, inclusive education, etc. But a research shows that more than 11% of newly recruited teachers enter into the classrooms before getting any kinds of induction while only 35% teachers receive the training on inclusive education (AAB, 2011). At the same time students-teacher ratio is far from the commitment by the government (Education Policy suggested 1:30).

Children should be safe on route to and in school. They are not bound to receive any corporal punishment in their school premises; the route to school must be non-violent and safe. But research shows some alarming scenario. More than 50% teachers still carry stick in their classrooms and 11% students being injured by the corporal punishment in 2011; particularly the scenario is devastating in the rural areas.

Another bar to quality education is to ensure relevant education. The school curriculum and its reflection on textbook should not discriminate and be relevant to the social, cultural, environmental, economic context and the language of learners. Preparing textbook for ethnic communities in their own language is yet to be achieved. It is assumed that education will enable all persons to participate effectively in a free society (ICESCR). But unfortunately, we are going far from a democratic and accountable education system. Children should have participation in all the affairs of schools where School Management Committee will play vital role. But research shows that 50% SMCs have no ideas about their roles and responsibilities and most of SMCs formed by their political identity.

Finally, for achieving quality education, more budgetary allocation is required. During last two decades, allocation for the education sector lingered between 11 and 15 percent; which is far from the UNESCO prescribed level of 20 per cent or 6 per cent of GDP. This rate is significantly less than many of African countries, even among the south Asian countries Bangladesh’s position is still third (2.4%) from the lowest.

If, government can address these problems in a proper way, there is no doubt that Bangladesh will be much more likely to succeed in providing its population with high-quality, and universal primary education. And demand will be required to rewrite the history of primary education of Bangladesh. I like to dare to dream of that day!