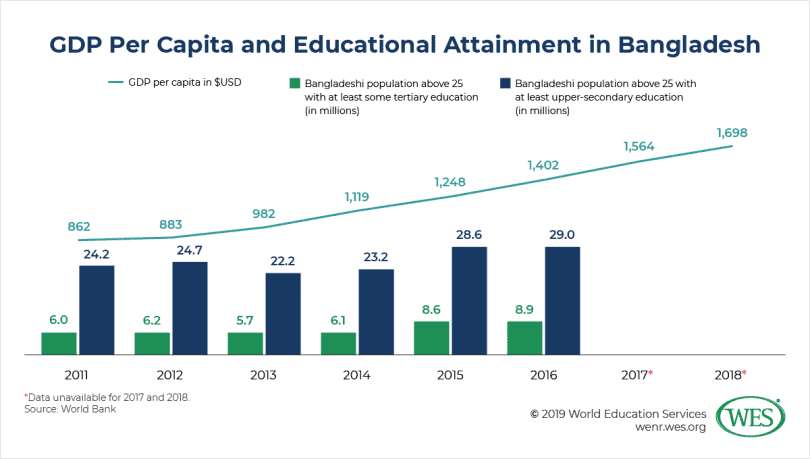 Since education determines how strong the backbone of a nation is, it receives the topmost priority in many developing countries of the world. Bangladesh bears no exception in this regard. The budget allocated for education for the year 2004-2005 proves the highest amount like the past several years. This year it amounts to 7680 crore taka. But how far the amount of budget commensurates with the standard, quality and overall development in the education sector still evoke question. Just raising the rate of literacy does not necessarily indicate the massive development in the education sector. Education must be the right of the citizens, not their opportunity. But what actually we see, the privileged ones in the society have the right and opportunity to have education whereas the neglected section receives very scanty education. They hardly have access to quality education.

Dhaka city, the nerve centre of business and commerce and education of the country, hosts people of various categories namely rich, higher middle class, middle class and poor and the poorest. Necessarily educational institutions of various kinds have been established to cater to the needs of these categories of people posing to be serious difference and inequality.

The poor and the poorest don’t have access to education through government intervention, to speak the truth. Unless some NGOs have ushered in to extend non-formal education for the slum dwellers, they would have been away from the light of education probably throughout their life. The highest allocation for the education sector in the national budget could not have any impression on them.

Again it calls for the scope of corruption in admission seeking The little more privileged ones have access to the institutions through the illegal channel and this is a must in this sort of abnormal situation. After admission, every student is bound to read with three of four private tutors which claim three or four times more expensive than that of the usual tuition fee which is very difficult for the middle and even higher middle-class guardians. For getting admission a little kid is to undergo a hard admission test and the contents of the test are quite unmatchable for their age. This standard is getting tougher day by day as the guardians are getting more conscious and competitive minded which is exerting tremendous pressure on the minds of young learners. It is their psychological pressure.

Again after admission, they remain busy with sending their wards to private tutors and thus a huge amount of manpower is also lost every day as the guardians are to remain busy all day long along with the wards. Getting into schools and colleges meant for the rich people stands far away from the means of the middle and higher middle class as it is very expensive. The tuition fee of these institutions is three-four times greater than that of the salary of a first-class government official of our country. How incongruous and irrelevant situation has been established in the city of Dhaka and it is expanding fast other cities and towns of the country which seems to be the very unethical situation.

We cannot deny this situation as time has created this situation for the education sector. The existence of these institutions proves the practical situation of the country. There are many foreigners and rich people in the country who need this kind of institutions. Probably the government does not have or very little control over these institutions. They remain isolated from the existing government rules. It should not let loose the rein as they are now. Government must impose some control over them so that they may create some opportunities for the middle or even poor people to receive English medium education. Private coaching must be stopped at any cost. School and college authorities will decide whether private coaching is needed for some students who have proved their weakness in some subjects on the basis of their internal examination result.

Examining the scripts of the students must be done by the teachers of other educational institutions otherwise the real weakness of the students cannot be identified. No question paper should be prepared by the teachers of respective institutions. If it is don, it lets a lot of scopes to happen corruption. Preparing question paper must also be done by other teachers. In every respect, the financial benefit must be attached otherwise all these attempts will be futile. Moreover, it will help the teachers to meet their financial necessities. This step will help stop the private coaching. The monopoly private coaching encourages the teachers to shirk their duties in the classroom. This situation has seriously caused a low standard of education. Again it is creating serious class division in society. The privileged ones are getting the opportunity to receive education and the deprived ones are being deprived further.