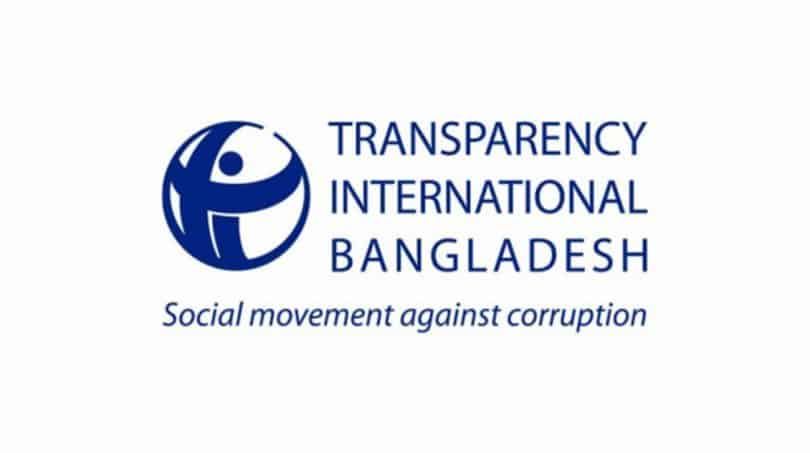 Non-government Organizations are inevitable in the developing countries to work side by side with the governments with a view to alleviating abject poverty these countries are languishing. As a member of this group, Bangladesh does not see any exception. The magnanimity of poverty and poverty-related social problems prove for the governments alone not to be pervaded. In Bangladesh, since the achieving of our independence, the NGOs have made their presence available to work for the war raven country side by side with the government. With the passage of time economic, social and political fields have undergone tremendous change with the diameter of poverty fattened. Transparency International Bangladesh observed “The NGO was formed after the liberation war of Bangladesh with the aim to meet humane demands but now many NGOs got involved in corruption and irregularities reneging from their ideology.

Though the condition of the service recipients did not change, changes in the socio-economic condition of the NGO founders are recognizable.” This is not a blatant lie or fully convincing fact to nod the head. Both sides have seen change. Now the ultra-poor village women, not fully independent or cannot lead a luxurious life, but need not starve for a couple of days and to see quite horrendous days of extreme poverty. At least they earn something to satisfy her family’s burning hunger by dint of NGO loans where the traditional loan or banking or poverty reduction programme never have any access as they cannot give any guarantee to have the benefit of those programmes. It is the NGOs that entered the remotest corner of the soundless village to collect the neglected and unlettered children of unlettered families to give the light of letters to free them from the curse of illiteracy.

Transparency International Bangladesh released the fact on October 4, 2007, at Cirdap auditorium that the Non-government Organizations lack transparency and accountability in this sector as well as serious irregularities in the dealings. Transparency International Bangladesh Research Officer Sadhan Kumar Das presented the study at a discussion -TIB Trustee Board Chairman Professor Mozaffar Ahmed presided over the discussion. The study conducted by the TIB took into account the activities of twenty NGOs operating in different districts in six divisions in the country. Of them, one is an international NGO, eight national and eleven local NGOs.

The study revealed some more significant points regarding the irregularities and corruption of NGOs working in our country in the name of poverty alleviation and social development. The report says that many NGOs are registered with the government in exchange for bribes and some of these have existed only in paper and the government officials assist them in the process. Where a country is sinking in corruption from head to foot, this kind of revelation is not a matter of surprise. It is the government that controls the whole state affairs must not allow the non-government organizations to go without corruption. When giving bribes to extract anything from the clutch of government officials has become the order of the day,  how NGOs can evade this path. So, the analyses of the statement manifest that the corruption in the NGOs does not happen in the NGOs only, it originates from the government officials who directly or indirectly connives to do corruption in NGOs.

NGOs usually work in areas where government initiatives hardly reach. Suppose, government hospitals have been established to offer medical facilities to the people. Poor people need to go there but the facilities are not so available there. NGOs go door to door to the people who remain outside the government efforts.  Illiterate people don’t have the awareness to receive and how to receive various sorts of health facilities. In the same way, poor, ultra-poor and homeless people don’t have access to state-sponsored financial organizations. NGO people go to them with money and techniques. All these are the positive sides of NGOs. Definitely there lie some other things which need to be revised and scrutinized.

The Bureau of NGO began with 67 officials and employees in 1990, but its manpower dropped off to 60 now, though the number of NGOs has increased a lot. So, how is it possible to look into the matters and affairs of NGOs? Some NGOs are like government, it is stated within a state. Is it possible for the Bureau to supervise and look into their affairs? The existence of NGOs is a reality, to monitor effectively and fruitfully the structural pattern of the NGO Affairs Bureau must be restructured and the people who have dexterity in this line can be placed in the Bureau. Sadhan Kumar Das said due to weak institutional framework the NGO Affairs Bureau cannot monitor the NGOs’ activities while the NGOs give more than enough gifts to the donors to satisfy them and cover up their irregularities.” He continues “There are some well-trained beneficiaries who always speak of the positive aspects of the NGOs, every time the donors go for field visits,——- NGOs get fund from different donors as there is no coordination among the donors. When NGOs cover the centre stage of the country, their looking after needs full professional and executive supervision with the officials having full honesty, knowledge and experience about these organizations.

The TIB study said, the range of corruption, however, did not provide Transparency International Bangladesh with adequate information and NGO Chiefs did not cooperate properly. Due to the lack of transparency and autocratic attitude of the NGO Chiefs, an environment is created where corrupt practices become obvious. They are not accountable to the beneficiaries, rather to the donors. NGOs dedicated to poverty alleviation and changing the lot of common mass look into this matter seriously as the beneficiaries deserve to be looked after and taken into account. Noting that access to information from NGOs was very difficult, prof. Mozaffer said, that those who had information were not willing to talk or said that they did not have time. The activities of NGOs should be made available to the public to upheld transparency otherwise the public minds will consider otherwise.

A kind of centralization has been found in the sector where the donors maintain relationships with eh big NGOs which are to assist the small ones. There are only a few NGOs that receive 90%of the resources from the donors.” We have to think about how fair this practice of corporate NGOs is justified. Donors usually donate money to organizations that have the infrastructure and ability to utilize it almost properly without pocketing the lions’ share. Their giving donation through big NGOs falls into this category. Even then, transparency and accountability should prevail there. Chairman said cautioning that involving politics with rights-based activities of the NGOs may bring about a dangerous result.

The study shows that activities are inflated to the donors to bring money for addressing problems that are actually artificial. The study found that in eighty-five per cent NGO members of a governing body are relatives of the governing body executive chairman. The procurement process of the NGOs is also not transparent, fake quotations are collected from the bidder that is pre-selected by the NGO. A fixed percentage of the money is also collected from the sellers. Besides, 90 per cent of NGOs appoint familiar auditors for auditing financial report with exaggeration. The employees of NGOs are also appointed as per the choices of the NGO boss or recommendations of the influential people, the study said adding that the employees are not paid salaries as per the proposal of the projects or pledged in the advertisements These allegations must be looked into by the NGOs with utmost seriousness.

Retired higher officials are appointed who can use their demonstrative network to gain special facilities from the administration. Usually retired high officials retain vast exercise of dealing with the state machinery and public affairs. Fast expanding NGOs need the direct help and service of this kind of individuals. So, it does not have only criticism. Of course, the comment of TIB cannot be ruled out at all.

These are serious allegations that sound publicly for the first time though internally in some NGOs it was humming. Big and fast-expanding non-government organizations must take this fact into account so that silly or superfluous things must not be allowed to mar the success which came at the cost of activists’ toil and industry. It must be upheld at any cost. Side by side, talented, really capable and honest people must gather in the NGOs and sound human resource policy should be adopted in these organizations.

The police stand champion in the corruption. Why? There lies no watchdog organization to police the police. In the same way due to the lack of effective capable watchdog organization, NGOs may resort to corruption. As NGOs have come into being responding to the dire necessities of the country and to bring about positive changes in a lot of hapless people, their corruption index must be zero. The speakers underscored the need for coordination laws to coordinate between the national activities by the government and the NGO sector which stands as the second-largest sector of the country. In addition to forming an independent umbrella body to monitor the NGOs’ activities, the TIB study recommended formulating guidance for the formation of governing bodies, making all information available to stakeholders and holding them accountable to the government, donors and beneficiaries. We always welcome these recommendations. But NGOs must be allowed to work freely and easily if we really want the positive change of the poor. The onward march of the NGOs must not be hampered by the bureaucratic tangle of the government.