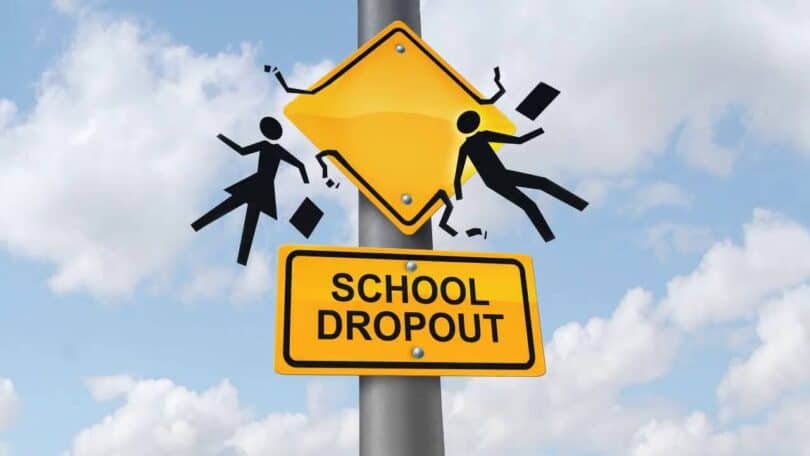 SSC examination on the short syllabus is going to start on 14 November and end on 23 November. Collecting a certificate by sitting practically for examination retains much significance and pure joy, which our students missed due to Corona for the last two years. What’s about the dropped out students?

Evaluation is an important part of the teaching-learning process. However, we have been accustomed to giving importance and remaining busy with examination rather than a pure teaching-learning situation. And it necessarily happens as higher educational institutions, job market, job promotion and society-everywhere a document on how much a student has learnt is expected and so students, guardians and educational institutions, by fair means of fowl, want certificates with good grading.

However, in recent times, only that document does not retain so much importance. Suppose anybody obtains GPA-5 both in SSC and HSC that does not ensure that he/she will be enrolled in higher educational institutions without facing any test. In the job market, he/she is further tested as the service providers don’t want to depend only on the certificates students collect from education boards or universities.

I extensively visit different parts of the country to see how teaching and learning are going on, how much interest students take in their classes, what the teachers think and do regarding teaching, learning and evaluation. After reopening educational institutions on 12 September, I have visited several districts four times to learn about these phenomena. I asked the students  to test their basic concept in mathematics  `how many taka you will have with you from 1250 taka after purchasing one pen for Taka 200, one calculator for Tk 250 and one khata for 100 taka.’

I also asked `how to find the result– by multiplying or dividing? They answered by dividing. Some even answered by multiplying. Nobody said by distracting. When it was explained why to distract it, they were further asked to do the calculation in their script. Again, they could not do. They wrote 1250 and all the three figures under it. That means their basic idea to arrange a subtraction is either unknown or confusing.

I asked the students of class eight and ten in Bengali, ‘there are 58 students in our class.’ They could not but I told them I tried to learn whether they could apply the same thing in a little bit different situation. I asked them to tell me in Bengali ‘there are 400 students in our school’. Again they struggled to do that, proving they don’t do such kind of practice except memorizing some grammatical rules in Bengali.

When I witnessed this situation, a series of questions regarding public examination came up to my mind. I gave students to read out Bengali and English textbooks in each class, but I found only one or two students can read Bengali text and English, to my utter surprise. I asked them — `where is the Sunderbans, Rajshahi or Dhaka?’

Some answered Rajshahi, while some answered Dhaka. I asked the same question in another school—is the Sunderbans Barishal or Khulan? —some answered Barishal while some Khulna. That means the location of the Sunderbans is unknown to them even though it is in their textbook. I asked them in Bengali ‘I read in class five/six’ to make it English, but nobody could do it easily. When they were given its translation, they understood. After several exercises, when I asked them in Bengali ‘my sister reads in class five/six’ none could do it.

That means they don’t know how to transfer the idea or apply the knowledge in their own sentences. This is not for the students’ weakness in English. This is actually because they don’t practice in this way in their classrooms. Why do teachers do that? The questions of examination don’t follow this pattern.

In the Education Policy of 2010, there lies no provision for PECE and JSC examination. However, these two extra examinations have been conducted by virtue of the executive order of the government. Suppose we ask the question of why it is conducted. The answers are—if there lies no examination, students feel no pressure of studies, they don’t want to come to the class, they don’t want to study, even the guardians show the same attitude.

They want their children must be under the pressure of study. In addition, we can say that if there is no exam, the private publishers cannot sell their books, teachers also don’t get any interest in the profession. The ideal situation to teach the learners through fun and game disappears here. Many students take private tuition, and teachers also take a huge interest in it.

The cause of examination lies behind it. If there is no examination, the coaching provision will be very thin or nil. Students only need to pass and get certificates without question of applying the knowledge and idea, dealing with creativity and critical thinking skills!

This year 22 lac 27 thousand 113 students will sit for SSC examinations, and the calculations of nine education boards show the regular examinees are 16 lac 70 thousand 380. That means 2 lac 77 thousand 876 students don’t have any trace. This number will increase if the records of another two boards are available and out of this dropped out students 72 per cent or 1 lac 99 thousand 814 are girls that necessarily draws our attention, and we feel much concerned with the matter.

Many girls have become the subject of child marriage. The government and NGOs work for retaining ‘child marriage’ still happens, and during Covid, it increased at an alarming rate. This is not only for poverty but for the security of the girls. To save the growing girls from eve-teasing, ruffians, as the growing boys receive political patronage and become rowdy and dangerous across the society, even in the universities, and society does not have respite for it.

So, the simple, poor guardians want to save their daughters from the social vice currently prevailing everywhere. In case of any incident takes place, the victim has to face nightmare ordeals. However, teachers should not give up hope. Still, society hopes for some positive things from them. ‘Rasheda K. Chowdhury says, these girls need to be brought back to school erasing the condition to remain unmarried for getting ‘stipend’.

One daily has published news that seven thousand and five hundred ‘child marriage’ occurred during the nine districts’ Corona pandemic. That shows how dangerous the situation is if we can see the situation of 64 districts and slum area girls! UNICEF says Bangladesh faces the severe challenge of child marriage. It further says that Bangladesh occupies the 8th position among the first ten countries which are victims of child marriage. She has witnessed three crores 80 lac child marriages since 1970, and more than one crore may meet the same fate in the coming decade.

South Asian Network on Economic Modeling (SANEM), a non-government research organization, found in January 2021 that the poverty rate before Corona was 20.5 per cent, climbed up to 42 per cent, and the ultra-poor has increased the highest number. The survey was conducted from 02 November to 17 December 2020.

Various research shows that normally every year, 17 per cent of children become dropped out students before finishing primary education and 37 per cent in secondary education. Two principal causes can be held responsible for it—the first is obviously ‘poverty’ and the second is ‘child marriage’. Corona has intensified poverty, particularly in the slums and `char’ and `haor’ areas influencing the ‘dropout rate students’ in schools. In addition to that, new families are joining the fleet of poverty.

Bangladesh Bureau of Educational Information and Statistics says that the number of students in the primary and secondary level is about three crore and the total number of students in the country are about four crore, many of whom have faced a serious setback due to Corona. Save the Children conducted one survey that shows that 97lac children worldwide will not come back to school, and a significant number of them will be victims of child marriage.

T. W. Suz, a professor of Agricultural Economy, Chicago University, has said, –the investment in education is the greatest among all the investments in economics’. That is really true, and for that reason, we must bring our children back to school, maybe in a non-formal way or another form. But educating them must be ensured.