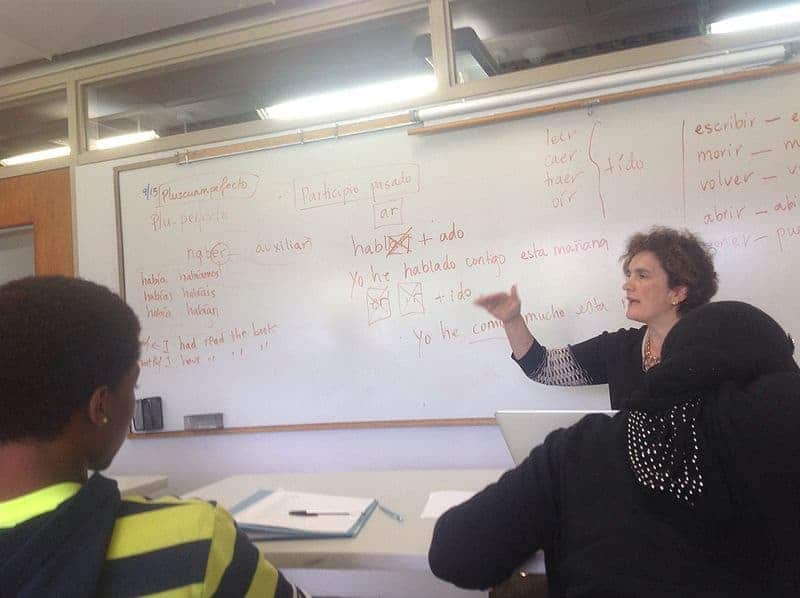 Why should we have a proper and clear idea about understanding Communicative Language Teaching? It is simply because of our national English curriculum, thousands of students and guardians are directly influenced by CLT. It was introduced in our national curriculum in 1997. Since then the term has come to mean different things to different people. And this is not the fact in Bangladesh alone, in many non-native countries misconception has developed in different grades. A number of reasons for the confusion and misconception can be attributed to it. CLT has developed extremely rapidly over the past fifteen or so years around the world and has now moved a considerable distance from its original practices though without substantially changing its original principles. This is the most persistent and most damaging misconception.

Many teachers think CLT means only speaking English. Why do they think so? Lots of speaking tasks and activities are available in the English For Today. We communicate mainly through speaking. Again, there are reasons why this misconception is fairly widespread. CLT was influenced as earlier approaches had been, by the general movement in linguistics towards giving primacy to the spoken language. In addition, a focus on encouraging learners to communicate leads naturally towards thinking about what they will need to communicate about, and why; this is part of the wider tendency in CLT to look beyond the classroom. For many learners, the main uses that they are likely to make of the communicative language are oral. CLT involves an emphasis on communicating by means of the foreign language at the practical classroom end; CLT is strongly associated with a number of particular activity types, such as problem-solving and pair work.

Many teachers think CLT means not teaching grammar. Why do they think so? CLT does not teach grammar rules. Questions on grammar are not set in the examination. Elaborate discussions on grammar are not given in the text. However, CLT gives the students working knowledge of grammar. communicative language awareness discourages long-winded teacher explanation, extensive drilling, over memorization of grammar rules, explicit grammar teaching. Expressing grammar, not in isolated sentences but in authentic and contextualized text/discourses are dealt with in the CLT approach.  However, the exclusion of explicit attention to grammar was never a necessary part of CLT. It is certainly understandable that there was a reaction against the heavy emphasis on the structure at the expense of natural communication.

It is worth looking back with hindsight at textbooks such as New Concept English, in its day – the late 1960s and the 1970s – enormously and deservedly popular, to see how narrow and constraining the approach was in many ways. But there have always been theorists and teachers pointing out that grammar is necessary for communication to take place efficiently, even though their voices may for a time have been drowned out in the noise of learners busily practising in pairs. There have been a number of applied linguists who have argued strongly and in theoretically persuasive terms that explicit grammar teaching should be avoided. One line of argument is that grammar teaching is impossible because the knowledge that a speaker needs in order to use a language is simply too complex (Prabhu 1987). Another is that grammar teaching is unnecessary because that knowledge is of a kind that cannot be passed on in the form of stable rules but can only be acquired unconsciously through exposure to the communicative language (Krashen 1988).

CLT means pair work and group work. Why? Almost every lesson of EFT includes pair work and group work. Teachers were trained to make pairs and groups in the classroom. Students develop communication skills through pair work and group work. One of the constant themes of CLT is that learners need to be given some degree of control over their learning. Looking back, again with hindsight, at popular textbooks of even the fairly recent past, such as Kernel Lessons Intermediate from the 1970s it is immediately noticeable that the content of what is said by the learners is controlled at every point by the book: make a question using these prompts; answer these questions about the text; read this dialogue, and so on. Even when pair work is used, the learners never choose what to say, they simply work out how to say what they are told to say.

The use of pair work is a physical signal of some degree of control and choice passing to the learners; but that needs to be complemented by real choice – which role-play, particularly at simpler levels, may not encourage as much as other uses of pair work. It is helpful to start by considering how learners working together can actually help each other. They can provide each other with a relatively safe opportunity to try out ideas before launching them in public: this may well lead to more developed ideas, and therefore greater confidence and more effective communication. Instead of just seeing pair work as a useful follow-up, a way of getting everyone practising at the same time after a new language point has been introduced; we can see it as a potential preliminary stage to any contribution from the learners. They can work together to do a grammatical exercise, solve a problem, analyze the new language structures in a text, prepare a questionnaire for other members of the class, or agree on the opinion they want to present to the class.

In CLT teacher must work hard, be a fluent speaker and speak a lot. Why do they think so? Students learn speaking from teachers speaking. This is true but we must remember if we want our students should know how to dance, they must be given the opportunity to dance.  CLT stresses the need for the learners to have sufficient practice, of an appropriate kind. This is often translated, especially by teacher trainers, into the principle that TTT (teacher talking time) is to be reduced, and STT (student talking time) is to be maximized – chiefly by putting students into pairs and telling them to talk to their partners. At the same time, while the slogan ‘TTT bad, STT good’ almost certainly represents a useful goal for most teachers, it is also important to recognize that communication does not only take place through speech and that it is not only the speaker or writer who is communicating.

Teachers have to be ready to listen to what learners say and not just how they say it, and to interact with them in as ‘natural’ a way as possible; they have to use a wider range of management skills than in the traditional teacher-dominated classroom. Given the fairly dramatic change in attitudes not only to communicative language but also to learners and teachers that came with the development of CLT, it is not surprising that it has taken some time to work out the implications for all aspects of the teaching/learning process. It is, however, worrying that many people’s perceptions of CLT seem to have got stuck at its early stage of questioning and experimentation before some of the key issues were fully resolved.

CLT is by no means the final answer – no doubt the next ‘revolution’ in language teaching is already underway somewhere. But whatever innovations emerge, they will do so against the background of the changes brought about by CLT and will need to accommodate or explicitly reject those changes. Certain of them are too important to lose: the concern with the world beyond the classroom, the concern with the learner as an individual, the view of communicative language as structured to carry out the functions we want it to perform. In order to ensure that these changes are not pushed aside in future developments, it seems essential to attempt to clear away misconceptions that might otherwise be used to damn them and CLT as a whole.