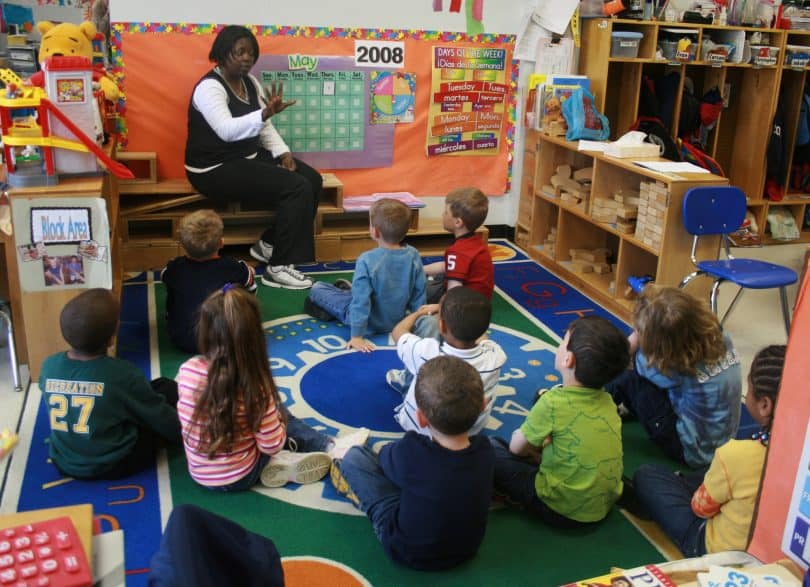 In many developed and even developing countries, private kindergarten schools play a significant role in pre-school education. They have high standards of management and are well supervised. Unfortunately, the same is not true in the haphazardly established kindergarten schools in our cities, towns, and suburbs. Imparting quality education and preparing their students for regular schools is not on the list of their priorities. When families are involved in their children’s early childhood education, children may experience greater success once they enter elementary school (Miedel & Reynolds, 1999).

We define the educational involvement of families as activities that parents conduct at home and in early childhood settings to directly or indirectly support their children’s learning. These activities can be conducted individually or through parent peer networks. Research shows that preliminary evidence that family involvement in young children’s education may contribute not only to a smooth transition to elementary school for children but also for parents, by helping to prepare them for later involvement in their children’s learning. Another research suggests that family involvement in education can boost young children’s academic success (Henderson & Berla, 1994; Izzo, Weissbert, Kasprow & Fendrich, 1999; Marcon, 1999; Powell, 1989). Research also suggests that the transition between early childhood and elementary school can be a crucial period in children’s development (Pianta, Rimm-Kauffman & Cox 1999).

Kindergartens have been shown to be important to student’s success in and adjustments to a higher level of schooling as well as their success in later years. Researchers believe that kindergarten teachers’ skills like patience and perseverance and that learning these skills early contribute to later success as adults. Bangladesh witnesses kindergarten schools at every nook and corner of the country ranging from the capital city to the remotest village. This is not probably to see the research finding that the children who attend pre-schools show a very positive attitude and fare better performance in the primary schools and in their later lives. Actually, kindergarten schools have mushroomed here and there mainly because of not having the opportunity of the pre-school system in our mainstream education system. But it is a necessity. This is the formative period of children who need education in a very pleasant and playful environment. It will prepare them well for being enrolled in primary education.

The exiting kindergartens have appeared to meet the necessity of the time. Though it was the duty of the state to make arrangements for such kind of pre-school education for the children, private and individual efforts have established these schools obviously without ensuring the basic conditions. Hence, thousands of kindergarten schools are running in the country flouting rules, mostly due to a lack of proper monitoring. This is affecting the quality of education for children in their formative years. Can we blame only the owners for the misery of kindergarten schools? The majority of the kindergarten schools are running with an inadequate number of teachers, space constraints, and poor facilities. In such a state, it is obvious that the students do not receive a proper education. When government kindergarten or pre-schooling was not available, at least the private owners have come forward to offer education for children making it available near their homes. When it has turned into a business system, it is unfortunate.

The idea of pre-schooling or kindergarten is not new. About one hundred years ago, different efforts were made to bloom the talents of children. We can remember the primary days of our life when Baby class, a small one, Nursery class were in vogue which has emerged as pre-primary in course of time. A portion of class one syllabus was taught non-systematically in those infant classes. And the different form of pre-primary tinged with English Medium scents has given rise to the present day kindergarten schools. In the ideal kindergarten, schools offer all sorts of facilities for the children to grow up mentally, physically, and psychologically. As we cannot afford to make these kinds of pre-primary schools available for the children, private owners have taken this opportunity as a medium of business. If they can be motivated or trained, these schools can be established as the real learning centers for children despite many constraints. The ministry of primary and mass education can play a pioneering role in this regard.