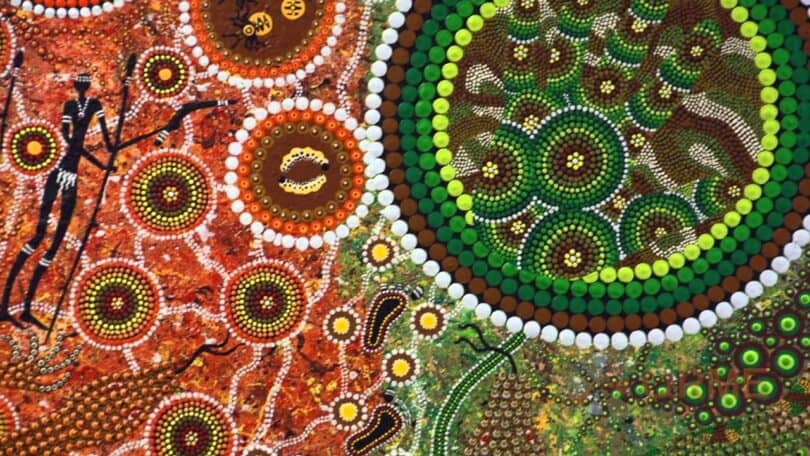 Language is the way of communicating meaning. It does not stop at one time as it is continually transformed by speakers at every moment in every utterance (Sultana, 2012a, 2012b). In today’s global era, speakers of various languages are roaming around the world and communicate in different languages. These speakers tend to have different cultural values which are enriched with different elements from different language and culture. This variation in culture affects their production and interpretation of speech. These language learners are also active on numerous social media sites such as Facebook, Instagram, Twitter, Snapchat and so on where they communicate using all their available linguistic, cultural and semiotic resources and repertoires. So, here they are translanguaging between codes and repertoires by showing their linguistic creativity and linguistic playfulness. Here, I have critically evaluated the concept of “translingualism”, have defined in what ways translingualism is different from bilingualism and multilingualism and have also narrated the strengths & weaknesses below.

Translingualism refers to “the communicative practices of people interacting across different linguistic and communicative codes, borrowing, bending and blending languages into new modes of expression” (Pennycook, 2007). Steven G. Kellman was among the first scholars to use the term ‘translingualism’ in his 2000 book “The Translingual Imagination” (en.wikipedia.org > wiki > Translingualism). Later in 2012, Canagarajah defined ‘translingualism’ over monolingualism and also asserted merging of the mother language with the target language in TEFL studies in his book “Translingual Practice: Global Englishes and Cosmopolitan Relations”.

The word trans means “across” and lingual means “having to do with languages”. Thus, it means “across languages”. Translingualism shows “the understanding of the relationships among language resources used by certain communities (the linguistic resources users draw on), local language practices (the use of these language resources in specific contexts), and language users’ relationship to language varieties (the social, economic and cultural positioning of the speakers)” (Pennycook, 2008). Translingualism refers to the “more flexible use of resources from more than one ‘language’ within a single system, transcending traditional understandings of separate languages” (Anderson, 2018).

In today’s world, multilingualism is viewed as an asset as it tends to give respect and space to the enriched society which consists of culturally different people. But this term is not as simple as it shows. Multilingualism focuses on “the notion of languages as separate, largely immutable entities” (Anderson, 2018). If we attempt to analyze or define separate written form or meaning, then we will definitely lose various acquired meanings generated due to diverse political and cultural contexts. The moment we intend to separate languages, we tend to neglect the diversity of socially linguistic resources that is used in day to day communication. It is not possible to understand those various acquired meanings until one does not have certain understanding of people, time, and space where or by whom the words are being used. The associated meanings of a language may change when the language travels from one place to another. In order to understand the meaning of a language, it is indispensable to look at beyond linguistic or lexical features.

A Critical Evaluation of Translingualism

Going between and beyond (linguistic) systems and structures, including different modalities (e.g. speaking, writing, signing), and communicative contexts or spaces. It includes the full range of linguistic performance of multilingual speakers where they can exceed the formation of structures; contextualize information or messages by considering their values, identities and relationships towards interlocutors.

The act of translanguaging is transformative in nature. Translingualism brings together linguistic, social skills, attitudes, beliefs and experience of different speakers and develops and transforms their different skills in order to build a new identity.

A translanguaging perspective sees multilingual practices as a window to human sociality, human cognition, social relations, and social structures. The structural, cognitive, and sociocultural dimensions of multilingual practices are investigated in an integrated and holistic way. It focuses on analyzing concepts of speakers’ creativity and criticality from numerous disciplines such as philosophy, economics, history etc.

Translingualism is a pedagogical practice where one receives information through the medium of one language (e.g. English) and gives information through the medium of a different language (e.g. Bangla). The tradition of translingualism sees the creative linguistic practices of speakers because they integrate all available codes and resources as a repertoire in their everyday communication (Blommaert, 2010). It celebrates “linguistic hybridity, fluidity and creativity aspects of translingual speakers” (Dovchin, 2018). Here, language is understood not through the fixed grammar anymore, but rather focuses on “how individuals resourcefully mobilize and transcend through different linguistic resources at their disposal and adopt different negotiation strategies to make meanings” (Canagarajah, 2013). Translingualism acknowledges all languages including different accents, dialects and voices for the medium of communication which was once regarded as “old fashioned, interlingual interference” (Pennycook, 2008). It looks into the meaning that emerges because of the combination of different languages. The focus of translanguaging is on how the language users draw upon different linguistic, cognitive and semiotic resources to make meaning and to make sense.

Translingualism opposes the concept of using only English in the classroom and promotes the concept of translation. Translingualism pedagogy can be practiced by both the student and the teacher. It helps to maximize the learners’ bilingual ability in learning as “one-language policy prevents teachers and students from performing their bilingual identity in class” (Hélot, 2013). Translanguaging empowers both the learners and the teacher. It transforms the power relations and focuses the process of teaching and learning on making meaning, enhancing experience and developing identity, for example in Bangladesh, English is taught in primary, secondary and higher secondary level as a compulsory subject. It is the dominant language of academic discourse in higher education, as textbooks are mostly available only in English, so when a native Bengali speaker has to use only English in the language classroom, he/she will use a small percentage of his/her linguistic repertoires. This will hamper his/her ability to grow conceptual knowledge because it ignores cultural identity and funds of knowledge students bring to the classroom. So the role of the language teacher “should be to diversify meanings, point to meanings not chosen, and bring to light other possible meanings that have been forgotten by history or covered up by politics” (Kramsch, 2006).

It is known that today technologically-mediated social networking spaces have become an integral part of our social and professional lives which has led to the emergence of new patterns of cultural, communicative, and linguistic practices (Wilson & Peterson, 2002). People from different countries and diverse language backgrounds have increasing access to others through social networking. When these users interact with other multilinguals or monolinguals, they draw on their linguistic resources in complex, dynamic, and creative ways (Kulavuz-Onal & Vasaquez, 2018). In online environments, most of the “people have resources from more than one language, even if they are very far from proficient in more than one of them… everyone moves between registers, styles, and/or dialects in ways that reflect the repertoires of ‘multilinguals’” (Tagg, 2015). Consequently, it is possible that through web-based technologies anyone may find himself or herself engaging in translingual practices that can take many different forms, ranging from code-switching and code-mixing to trans-scripting (e.g., writing in a language following the spelling conventions of another one) and transliteration (e.g., Romanization of letters, or using Chinese characters that sound like English in order to write an English formulaic expression; (Androutsopoulos, 2015; Tagg, 2015). In these web-based multilingual environments, translingual practices, often triggered by such affordances and constraints, exhibit a range of possibilities that go beyond the traditional notions of code-switching, or translation, that occur in face to face interactions (Lee, 2017; Tagg, 2015). Translingual practices have become an integral part of digital communication, especially among members of transnational communities, and serve a variety of functions, including audience design. Barton and Lee (2013) argued that multilingual internet has gone beyond the question of which language dominates the internet or how users’ code-switch because it is became a question of how people act differently as they take up new possibilities offered by the different languages on the web.

Strengths and Weaknesses of Translingualism

Translingualism refers to practice that involves dynamic and functionally integrated use of different languages and language varieties through different modalities and also process of knowledge construction that goes beyond the boundaries of language. The strengths and weaknesses of translingualism have been narrated below.

Social, cultural and linguistic differences of the speakers appear by “specific features, accents, dialects, word choices and frequencies of their language practice in defiance of their sociolinguistic background and history” (Dovchin, 2019). The problem emerges when they are mocked or bullied by other speakers of “standard” variety. Translingualism opposes this linguistic discrimination and racism and promotes linguistic creativity and playfulness. Though it has a number of advantages, it is not free from drawbacks as creativity and productivity can damage identity, culture of a certain community. In conclusion, “translingualism might be a universal feature of youth language in today’s globalization, but it is neither optimistic nor neutral, since it comes with its own gloomy sociolinguistic ostracism and marginalization” (Dovchin, 2019, p.99).