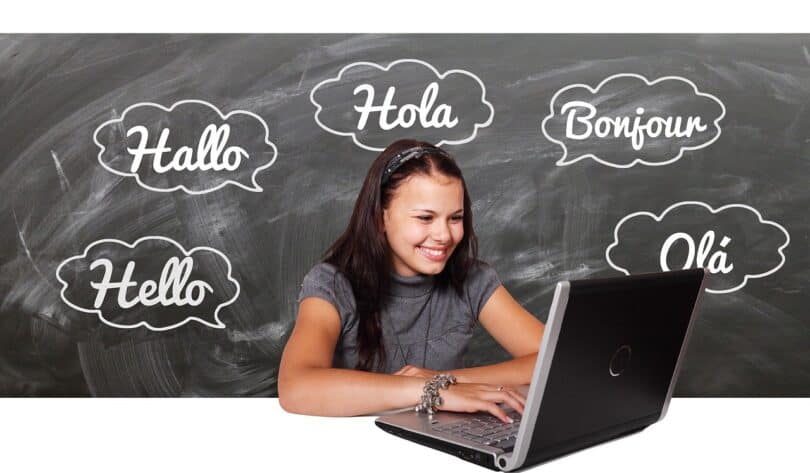 Individual Learner Differences (ILD) is the most important Second Language Acquisition (SLA) and language learning success issue. Ellis (1985) argues that there are some psychological differences among second language learners and he categorizes these differences into two categories:

Language Aptitude and Its Impact

Aptitude is regarded as a talent in someone because it is a competency to do something (UKEssays, 2018). There is a hidden talent in second language learners that has been active for many years, specific to language learning (Saville-Troike, 2006, as cited in Meenakshi & Zafar, 2012, p. 640). Skehan (1989) claimed that aptitude has been associated with second language success but remains one of the controversial areas of Second Language Acquisition (SLA).  Modern Language Aptitude Test (MLAT) comes up with four types of abilities that form aptitude:

Since I started learning English as a foreign language in my school, I had only three of the abilities. I could distinguish the English sounds between the sounds of Bengali and English, and I was able to encode the sounds in the alphabet by hearing.

I could apprehend the functions of words in sentences that go under grammatical sensitivity. I was not able to infer rules from samples that I saw but later this ability developed. So, I can say I did not have the inductive language learning ability. I was partially able to make and recall the associations between words and phrases in L1 (First Language) and L2 (Second Language).

I could recognize the functions of words partially in sentences. I could infer rules from samples to some extent within my learning range. I had the memory and learning ability to some extent as I could make and recall associations between words and phrases of Spanish, English, and Bengali.

Learning Styles and Its Impact

‘‘The language learning styles are the overall patterns that give general direction to learning behaviour’’ (Cornett, 1983, as cited in Meenakshi & Zafar, 2012, p. 641).

According to Knowles (1972), there are four types of cognitive learning styles:

Another set of language learning styles was invented by Witkin (1973). These are two types:

When learning the English language in my school, I usually preferred to be interactive with my classmates and dependent on the teachers. I liked to discuss the activities given in the class in groups. I was in a traditional classroom environment where teachers were the authority of the classes and we had to follow their instructions. So, I can say that I followed the communicative and authority-oriented learning styles. If I talk about Witkins learning styles, I was both field-independent and dependent English language learner.

At the beginning of English language learning, I could observe the whole picture of the class and then generate a holistic idea. I was being social with my friends and then, I participated in the class activities like group and pair work which is a part of independent learning. Later as an independent field learner, my confidence grew and I became competitive in the learning process with my friends.

In the Spanish language learning classroom, I used to be pretty curious and spontaneous about language and its culture. I less preferred routine learning and written work rather, I preferred verbal and visual experiences. I became so communicative with my classmates and dependent on the teachers as this language was new to me. Spanish classroom was different from our traditional English classroom in terms of activities, environment, and materials. So I can say that I followed concrete (partially), communicative, and authority-oriented learning styles. I was both a field independent (partially) and dependent (partially) learner in learning the Spanish language.

Motivation and Its Impact

Motivation plays an important factor in second language acquisition (SLA) as it has a special and direct role (Hurd, 2000). Gardner and Lambert (1972) have identified two types of motivation. There are:

The motivation that worked behind my English and Spanish language learning was instrumental. I learned English to pass the exam as English was introduced to us as a subject rather than a language. On the other hand, I studied Spanish to pass the exam and include it in my CV, which may smoothen my career as a multilingual. Apart from my career, I was also very enthusiastic about European culture and the Spanish language allowed me to learn about that. After passing higher secondary school, I found many functional needs of the English language which expedited my English learning. These needs include doing academic tasks, freelancing, and other financial activities, such motivation also goes under instrumental motivation.

Personality and Its Impact

Some personality characteristics may impact L2 (Second Language) learning, such as:

Later, when I was admitted to the university, I often spoke in English with my friends, which helped me develop my speaking fluency. In my case, I had to be an extrovert to get English speaking fluency and reading ability. In contrast, to develop listening and writing, I had to be an introvert because I could not adapt myself to a group or pair to listen and write the activities given by the instructors.

In learning Spanish, we had to join several groups and pair activities where the instructors used to ensure everyone’s participation. As a result, we were almost extroverts in the Spanish classes and this extroversion resulted in good learning; everyone achieved almost equal skills in four aspects. I participated in many group and pair activities and I received good appreciation from the instructors. So I can say being an extrovert helped me in learning Spanish.

According to Rubio (2007) ‘‘Self-esteem is a psychological and social phenomenon in which an individual evaluates his/her competence and own self according to some values, which may result in different emotional states, and which becomes developmentally stable but is still open to variation depending on personal circumstances.’’

When learning Spanish, I felt pretty confident as I was in the higher level of education which provided me helps and supports with sufficient materials and friends. Most importantly, my Spanish instructors were native speakers which gave me extra confidence as this was the first time for me to learning a language with native speakers. The level of my self-esteem was higher in Spanish learning.

While learning English, I often feared speaking in school. When teachers asked me to speak in English, I used to feel uncomfortable and started answering in Bengali. Sometimes, I thought that why should I speak English when Bengali (my mother tongue) is sufficient for me. There was an ego working as a hindrance before I spoke in the English language.

In my Spanish classes, I often spoke in English when my instructors instructed me to speak in Spanish. There were some hindrances like little knowledge about Spanish, considering English as a superior language, and incorrect pronunciation. Later, these inhibitions decreased to some extent.

I did not dare to make guesses in the English class in my school due to the classroom environment. That was a traditional classroom where the teacher was the authority. In case of wrong guessing, students, as well as the teacher, laughed at the guesser. Such a mocking environment made me reluctant to take risks.

In Spanish learning, I had to guess a lot because of having little knowledge about the language. The instructors of Spanish were very gregarious with the students and put clues to make the learners guess. I could take risks to answer different questions spontaneously as the instructors as well as the learning mates used to encourage.

In the Spanish class, I just had some temporary anxiety at the beginning of learning when I sat for the exam but later, eventually, I became able to overcome this problem.

Learning Strategies and Its Impact

In my English and Spanish language learning processes, I followed all the strategies partially.

When I heard any English words, sentences, or speeches, I tried to pronounce and repeat silently or secretly when I became alone. I usually followed an English to Bengali dictionary to learn words and spelling. I sometimes responded with gestures and postures in the class when the teacher asked. One of the main hindrances behind my inability to English fluency, I later discovered that I was accustomed to translating English to Bengali and vice-versa in my mind in the English classes. I used to take notes in the English class which helped me later to understand.

I was taught about the rules to learn grammar and I used the rules to construct sentences. I often tried to visualize the contents that were taught in the English classes. I kept remembering the sounds uttered by the teacher and that I found useful then to write English assignments.

In the Spanish classes, I usually took notes as the language was new to me. I preferred questioning teachers for clarification where I could not understand. The Spanish instructors often showed us different visual contents which I later attempted to remember though I was not successful always. The knowledge of English helped me a lot and I used that knowledge to understand Spanish as both languages have some common features like syntactical, morphological, and phonological. I often translated Spanish to English to get a better understanding.

In the English learning process, I focused on some specific parts of the language input or the situation that helped me. I used a self-monitoring system and used to check others who speak and got inspiration. I often became happy when I could do well in the English class and that happiness sometimes reinforced me to give more time to English learning.

In Spanish learning, I put directed attention on the learning tasks so that I can concentrate on general aspects of learning tasks. I plan my learning activities and arrange sufficient material like a dictionary, smart devices, and notes taking materials before the class. I used self-monitoring, self-evaluation, and self-reinforcement tactics to accelerate my Spanish learning.

In the process of my English learning, I often felt unsocial as my classmates were not that cooperative in terms of language learning. Everyone insisted on grammatical aspects rather than speaking and other aspects. As a result, we did not have to discuss much. We could not ask the teachers for clarifications because the affective filter remained higher in the classes and the environment was threatening. As a result, we lacked motivation, self-esteem, and self-reinforcement.

In the Spanish classes, the situation was a reversal. Instructors were encouraging us to ask questions, they lowered the affective filter and made a learner’s friendly environment. As a result, we often discuss with each other and with instructors. Such a cooperative strategy helped me in effective learning.

Shatz, I. (n.d.). Parameters for Assessing the Effectiveness of Language Learning Strategies. Journal of Language and Cultural Education, 8.

Md. Jahid Hasan is a MA in TESOL student of the Department of English Language, Institute of Modern Languages, University of Dhaka, Bangladesh.