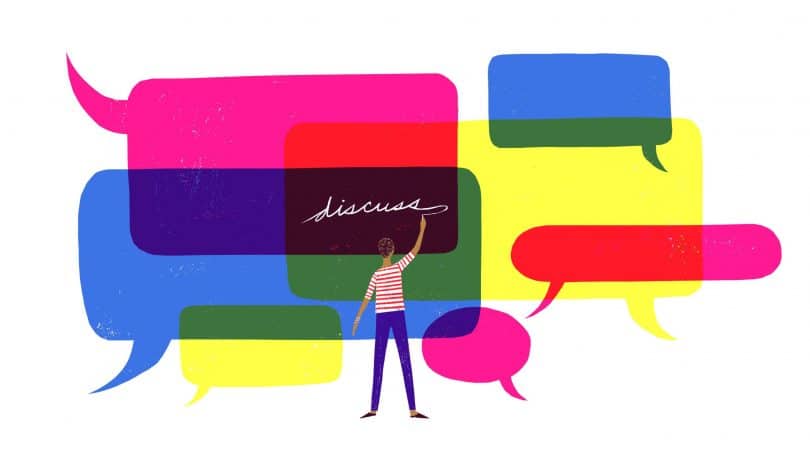 Gender discrimination emerges as one of the most crucial factors in our social, family, state and global affairs even in this age of computer and the Internet. The developed countries could not have successfully eliminated the barriers standing between male and female partners with some aspects, let alone poor and third world countries. In Bangladesh perspective, it assumes different shapes and colours influenced by financial, urban and rural discrimination, educated and uneducated factors. Statistics show irrespective of these factors that male partners assault 47% of females. Mostly financial causes influence it.

Religious, social, financial, gender, and traditional factors influence 85.9% of adolescents to get married forcibly. After getting married 31% of teenagers become mothers. The main target of the section of people to give birth to children. The lack of education makes this situation happen. 5% of females become unwanted pregnant. Three women out of ten die of unwanted births in Bangladesh. 54% of women have no decision making in health issue. Male partners seriously guide it. This is because of the lack of education, consciousness, financial factor and traditional belief of the society.

In 1997 three women were burned with acid. In 2000 this number rose to eleven in a month showing a quick and threatening rise. It is not a matter that no motivation work was done or no initiative has been taken by any corner. Both in the government and non-government sector, efforts are going on to eliminate this crime. Even then, the figure reflects its magnanimity. 200 women horribly disfigured by husbands/suitors with burning acid till 2005 When a human being turns into a beast he/she can do such kind of heinous crime. It’s a crime against humanity.

Being failed in love and proposal of love someone embroils himself this kind of bestial act. Strict laws and implementing the law can curb this crime. Girls also should be sober in their dress, which conforms to our customs and our social fabrics. In a rural society where any deviation of normal dress of behaviour is frowned upon. One million girl children die every year because of lack of treatment, malnutrition, negligence and abuse. Financially insolvent and backward families usually neglect the girl children. They think of them as an extra burden to the family. Definitely, in this social set up female children are frowned upon as their marriage claims a huge mental, social and financial burden.

Arranging their marriage as soon as they step into the age of giving birth child has been in vogue in many societies. Failing to do so is treated and looked at with different eyes in society. Till society wakes up in gender issues and rises to the occasion, their parents cannot be blamed. The spread of education and the steps taken by the government to make education free for female children up to degree level deserves appreciation. The inclusion of seventy per cent female teachers in the primary and thirty per cent in secondary level schools further proves a good incentive for female education indicating a better future of eliminating gender inequality. In spite of all these steps, the female participants register lower than that of male partners in schools, colleges, universities, in government and non-government jobs.

But the job they are doing in the houses in no ways proves less important. In that place, they need to have their say. They need to be given the freedom to exercise their freedom. Financially well off families in most cases enjoy this freedom. The families witnessing financial constraints hardly make room for women to exercise their freedom in domestic affairs. Hence, one of the vital causes of gender disparity happens because of financial constraint. Involving womenfolk in economic and earning activities ensures their participation in policy-making affairs in the family and society.

The traditional belief to receive domestic service from women keeps a house a peaceful centre for living. The house, which is dominated, by male members and the domestic affairs by females must be the abode of a peaceful place. Girls were developed in that social milieu with this mindset. Only education cannot change all these traditions. The practicality and pragmatic situation compels the girls to go out of the houses. When the influx of girls to urban particularly in the cities in search of living mostly who work in the garment factories means the breaking of traditional values of the society.

This we see as a positive aspect as girls’ position in the economic sector of the society has started gaining ground. Every religion has made a special room for women in the family and society. The changing attitude of Asian women has become the subject of research by social scientists. Well educated women have lost faith in marriage and more of them are staying single and childless to pursue their academic and service career. The number of unmarried women in their 30s and 40s sees its climax in Asia. Better education and financial independence have given rise to abhorrence and negligence to marriage and divorce. It also leads to giving priority to career and independence than conjugal life.

Married ones are reluctant to bear and raise children. Several wealthy Asian states apprehend the continuing decline of their necessary population because of the changing trend of women these days. Singapore sees an increasing divorce rate both among the recently married and long time married couples. Taiwan and Singapore have already started to introduce cash rewards and tax breaks for couples to produce children. More maternity leave has already been announced as an incentive to produce more children in these countries. The eye of a social scientist and a religious individual must see these changing phenomena against the law of nature. Nature follows its own course.

Whenever a human being tries to undo it, it means he is inviting his doom. Western people have got unlimited wealth but lost their mental and physiological peace. Asian women used to enjoy the blessings of conjugal life. Of late they have started to lead a different kind of life by virtue of their materialistic outlook and attitude towards life and society. They think rearing children, nursing husbands and making a decent house stand in the way of their being smart and modern. By virtue of this changing trend the ultra-modern women of Dhaka city even have started showing abhorrence to marriage and decent family life as a part of their getting smart breaking the age-old tradition of this region.

These phenomena on gender issue surrounding our women developed in rising Asian countries may have some nihilistic impression upon the conservative society of Bangladesh which may discourage to let lose the way of women keeping pace with those going forward Asian countries. In poor families, women are born in an unwelcome world. Parents consider the birth of a female child as the beginning of misery. This trend has yet to change on a massive scale. In the middle class, women have started receiving education and entering the job market to support the family, maybe the father’s family or husband’s. This trend and development dangle good sign for the society and country. The higher middle class or higher class show another kind of freedom of movement, which sometimes proves odd and absurd.

This oddity and absurdity in gender issue cannot encourage the women’s participation in the outside workforce to show a good way for the downtrodden to follow. The women’s participation shows very thin still in some areas despite taking some steps both in the government and private sector, which calls for change for further progress of the society. Fifty per cent population’s joining the national workforce attaches huge importance, which we can deny in any way. Now the question is how we can do so. What steps should we take to invite more woman participants into our workforce both in policymaking and general activities? The introduction of stipend and free education up to graduation level for female students deserve appreciation as positive steps to further female education. Only introducing these incentives without considering the quality of education cannot also bring good effect. Inefficient manpower through free or half-free schooling doesn’t retain the necessary potentialities to face the present global challenges. Quality education must be ensured for women.

When poor parents find it difficult to give their daughters in marriage, their repugnance towards female children usually arises. When they find that village people start whispering about the late marriage of their daughters, they feel discouraged to the rear and look after female children. When they see, they have to give a huge amount of dowry to marry their daughters. Their failure to satisfy the demands of their sons-in-law brings misery and divorce to their daughters. These practical aspects of society invite a frowning attitude toward female children. So, the dowry system must be abolished from society. Pure religious feelings can be applied in this sensitive area. Every religion seriously discourages the dowry system.

As the people of this land live close to nature nodding towards religion, it will be easier to utilize and capitalize the religious feeling and norms regarding the dowry system. Dowry invites serious social disparity, irregularity and disharmony. NGOs, civil society will raise the consciousness among the poor and neglected people who are tortured by the prevailing dowry system.  But it is the duty of the government to banish the dowry system from society. When people will be financially and educationally developed, this sort of evil will disappear automatically. So,  educating the girls properly holds a significant portion of the solution to this evil. When this social malady will disappear and mass education for women will expand, gender inequalities must die.