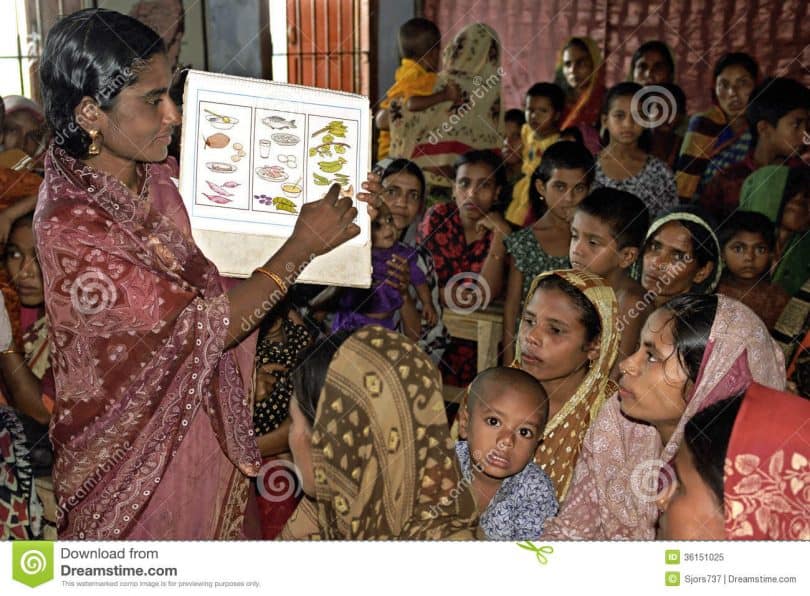 Women no doubt have started exercising greater influence in almost all the sectors of state affairs such as administration, business, government, politics, teaching, and other professions. In these fields, their role and contribution show less failure rather noticeable success. The number of girl students has already surpassed the secondary level because of stipend and other incentives offered. They are growing up healthier and better equipped to realize their potential. Despite this momentum still, a long way awaits before women and girls go to enjoy the fundamental rights, freedom, and dignity as their birthright. But the overall wellbeing of a nation cannot be imagined without using the full potential of our women partners.

To utilize the full potential of women and to bloom their sleeping talents for the greater development of the nation the contribution of women in the field of teaching calls for judicious eye and glance. Donors ceaselessly fund our education sector that sent a list of 65 secondary schools in 2008 to the Ministry of Education where not a single woman teacher worked. After three years no significant improvement has been discerned in the area.

This year when we observed our ‘International Women’s Day’ on March 08 it has been detected that still 57 secondary schools of the country run without any female teachers. Causes are more or less known to us but it is known to the Ministry of Education better. At present, the number of students in secondary schools stands at 74.65 lakh, of the 53.31 percent are girls. According to the Bangladesh Bureau of Educational Information and Statistics, there are 19040 schools offering education from classes six to ten. Of them, 3522 are only for girl students. The number of teachers in these schools is 218011 and of the 50, 334 are women. There is an enormous gap between male and female teachers working all over the country. Time has come to review the whole situation and take pragmatic steps to narrow the gap.

The National Human Rights Commission wishes to commend the government on steps they have taken to improve the status of women. Significant actions include introducing both the Domestic Violence Act (2010) and National Women’s Development Policy 2011. Further; the National Education Policy (2009) emphasizes the role of the education system in supporting equal rights for women and enabling their full participation in society. In recent years, the gender gap in school enrolment has largely been closed with an enrolment of girls in primary education now outstripping boys. Stipend programs provided by the government have encouraged this. This leap forward is worth celebrating. However, it must be tempered by nothing how this attendance drops off, with fewer and fewer girls progressing through each year of secondary school and significant under-representation of women in tertiary education.

It goes without saying that much progress has been made to protect and promote women’s rights in recent times. However, nowhere in the world can women claim to have all the same rights and opportunities as men, the UN says. The majority of the world’s 1.3 billion absolute poor are women. On an average women receive between 30 and 40 percent less pay than men earn for the same work. Women also continue to be victims of violence with rape and domestic violence listed as significant causes of disability and death among women worldwide. Bangladesh is a developing country shares these drawbacks of womenfolk.

The UN’s global attention drew women’s concerns in 1975 by calling for an International Women’s Year. It also convened the first confidence in women in Mexico City last year. The UN General Assembly then invited member states to proclaim March 8 as the UN Day for women’s Rights and internal peace in 1977. The day aimed to help worldwide eliminate discrimination against women. It also focused on helping women gain full and equal participation in global development. In January 2011 over 350 teacher activists from all comers of the globe convened in Bangkok for Education International‘s First World Women’s Conference.

One year on, the strong impact of this event can be felt. Six months later in the  World Congress in Cape Town, almost 1000 delegates unanimously adopted the Resolution for Gender Equality which provided the outline for the Education International  Gender Equality Action Plan. This plan will shape the gender equity world of the global education movement in the coming four years and beyond focusing on three priorities. On March 08 International Women’s Day Education International is looking back on a year of intense activity and gearing up to implement its Gender Equality Action Plan.  EI General Secretary Fred van Leeuwen said, “The global education movement is set to achieve advancement in the area of equality. The EI women ‘s networks uniting so many inspiring women activists  make up a tremendous global potential to achieve social and democratic  change everywhere.”

The fact is true that more women are coming to teach now than they did eight years ago-but their quality, development, and promotion prospects still lag behind. Researchers at Manchester University found women made up 58 percent of secondary school teachers in England in 2005 compared with 54 percent in 1997. And they accounted for 61 percent of students on postgraduate courses to become secondary school teachers in 2005 compared with 57 percent in 1994.  The proportion of women primary and nursery teachers has stayed steady between 1997 and 2005 at 88 percent in England 81 percent in Wales, 93 percent in Scotland, and 84 percent in Northern Ireland. My question is what about Bangladesh and the position of Bangladesh in this regard. Do we have such kind of research and statistics? If not, why? Can we expect to reach our desired goal without ensuring women’s willing participation in teaching and enhancing their professional development?