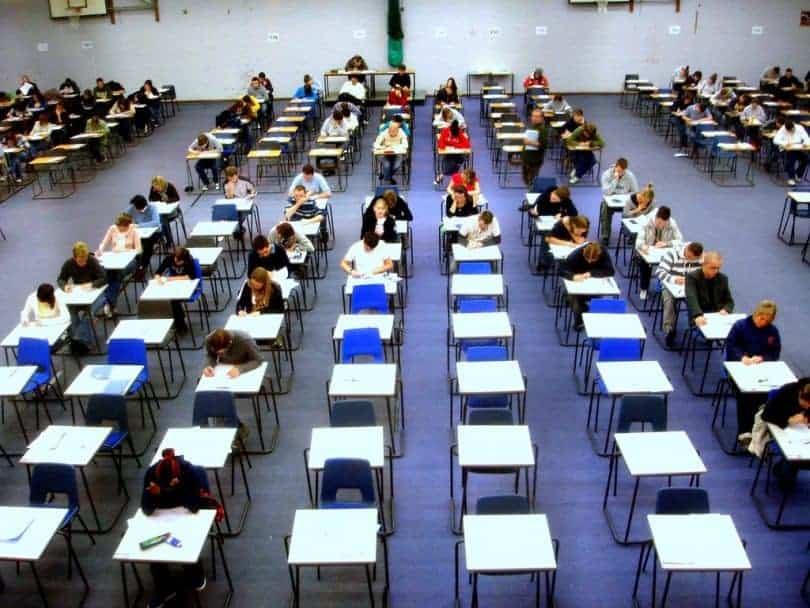 The peaceful and tranquil social environment is very important for the examinees of any level of education and it is more important and necessary for the young and teenage learners. Unfortunately, we have failed to ensure it for our examinees. What’s about ‘O’ and ‘A’ level exams? Still, I remember during our honors final examination at Jahangirnagar University all the dining staffs were on strike for regularizing their job. The university authorities hardly bothered our case whether we went to the examination hall with an empty stomach or not. The situation of the universities has further deteriorated not only in terms of dinning status but also in many respects.

The SSC and HSC examinees of 2013 probably have been the worst sufferers comparing to those of the previous years.  The months of March, April and May are the usual periods of secondary and higher secondary examinations in Bangladesh. But ironically this is also the peak time for politicians to resort to movements- peaceful or violent- to realize their demands.  It is for the political unrest that authorities are compelled to constantly change exam dates for SSC and HSC examinations and hold ‘O’ and ‘A’ Level examinations at dead of the night till 3 o’clock in the morning. The risk and hazards involved in taking the exams at these peculiar hours hardly need elaboration. In addition to security risks at night, students have to reach home exhausted after each day’s program and have run for another exam on the same day. The compulsion of holding exams as per schedule is that under the British Council an examination is held on the same day all over the world. There lies no scope for alternative dates to take the exam.  If an examination cannot be held in time, students will lose one year from their life.

About fifteen thousand examinees spent sleepless night to take ‘O’ and ‘A’ Level examinations in Bangladesh. Not only the students, but the guardians had also to spend the whole night without sleeping.  This peculiar thing happened on May 8 and 9 nights in Bangladesh. And again on 14 May night and probably will continue till these international standard examinations take place.  I was one of the guardians and observed the peculiarities of the phenomenon. From May 7 Honors Examination under London University started in 160 countries. ‘O’ and ‘A’ Level exams also started on the same day and British Council in Dhaka conducts this exam in Bangladesh. These exams take place all over the world on the same day on the same question paper. If any examinee fails to sit for it on the scheduled date, he/she has to do it next year. British Council does not prepare any separate question to retake the examination.

All the politicians both in the government and in the opposition talk about the prestige of the country but none think of this point that this is the only country where exams are held at dead of the night due to political chaos and turmoil. It does have serious social and physical implications as well. Who bothers these points? Bangladesh is the only country where this particular thing happens.

On 8 May ‘‘A’ Level   Chemistry was scheduled to take place at 10 am which was taken at 7:30 am and ‘O’ level Chemistry started from 12 to 3 am instead which was scheduled to start at 11 a.m. ‘O’ Level Mathematics and Bengali were scheduled to take place at 12 noon but took place in the evening on 9 May. The holding of examinations at night has two distinct features—one of which is just the opposite of the other-one displays a sense of responsibility of the education authorities who make frantic efforts to maintain examination schedule while the other simply exposes the lack of the same.

My daughter is taking ‘O’ Level exam this year and so I had to accompany her up to  Basundhara Convention Center where it took place at midnight.  It made me astonished to see that not a single TV Channel went there to cover the news where fifteen thousand students and 30-45 thousand guardians were waiting before Basundhara Convention Center. Many on the streets spent their time just walking and worrying.  Even no print media newsmen went there to cover any news. Just one Bengali newspaper somehow took a photo and got it printed on the first page. Not a police van went there for security reason.  The entire gamut of the scenes and activities easily convince someone of the miserably negligible situation of education in this land.

As the examinations are being held globally; students and their guardians have earlier expressed concern that examinations might be cancelled if the volatile political situation continues in the country. Students, meanwhile, expressed their discontent over the situation, saying it would be difficult for them to sit for the examinations at midnight. But they had to as they live in this peculiar soil. Many guardians have also criticized the current confrontational political situation of the country. “The country is losing its potentialities for the confrontational political situation. We do not want this type of politics that will force our children to take examinations at midnight,” these were the comments of many guardians. But they miserably fail to reach the ear of our leaders.

The examinations are held globally and won’t be postponed for only Bangladeshi students, who as a result might lose one year and wait for the next to take the tests. “We have talked to the higher authorities in England. They told us if there is a strike in the daytime, students can sit for examinations at night, but in case the strikes continue, the examinations may be cancelled,” said an official of the Dhaka British Council. So, they did not have other alternatives to take the exam at dead of night at the cost of examinees and their guardians’ sleepless night and insecure movement in this city.

One thing really made me pleased. About fifteen thousand students and three or four times guardians were waiting under the tent and on the street and in the open area but no student was seen reading any book or guide or notes though many reached the spot two or three hours before starting the exam. But it’s a usual scene that students start reading, carrying books, notes and guides and guardians also press them to read something as they have time during our SSC and HSC exams. Students get panicked to discuss and think which things will be common or uncommon in the examination. Such things remain absent in ‘O’ and ‘A’ Level exams.

Politicians could have excluded ‘O’ and ‘A’ Level exams from hartal or any kind of political programs. It is not unknown to them that these international standard exams are not repeated or dates can be shifted. Or I will request the Cambridge authorities to take the test only on Fridays and Saturdays considering the case of Bangladesh. They are quite aware of the situation of Bangladesh. They also know that the politicians don’t listen to us, to students and to the guardians. “This is a weird situation which I think won’t get better. It seems that either we have to appear in the examinations at night or face the cancellations of the examinations,” said some A level examinees. The English Medium School Students and Guardian Forum have already expressed their concern and urged political parties not to call strikes during O’ and A’ Level examinations. But who listens to whom? Their politics is a game for them but death to the countrymen. Only God knows when and how we will be able to make them understand our pains.