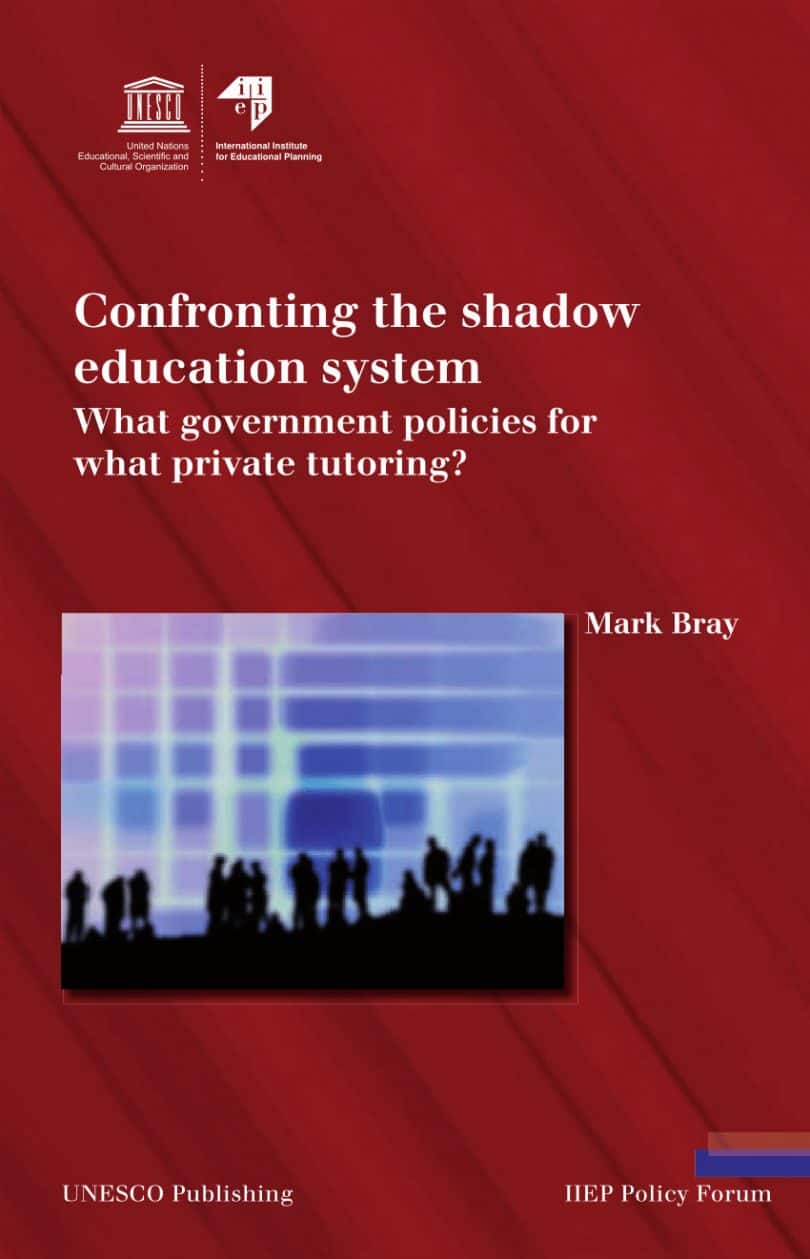 Education planners and decision-makers have cast their eyes only on institutional education across the globe and its range covers from kindergarten to university level. A parallel education stream named Shadow Education has developed along with the mainstream which is getting wider day-by-day but it receives scant importance from the decision-makers, researchers and education planners. It has got spread even in developed countries and has recently started receiving importance and drawn the attention of researchers. Such kind of shadow education stream has seriously affected the mainstream system. But it does have some positive aspects such as making scope for the young and aged students ‘mixing together, ensuring teachers’ increased income, many students have got scope to learn some lessons which could not have been learnt–setting in a formal class of an institution.

Now it is a fact in many countries that mainstream teachers put more emphasis on private tuition than an institutional one. Guardians also evaluate it as a symbol of pushing their children ahead. Such kind of uneven and mad competition has evolved through this shadow education way of teaching both in developing, middle income and developed countries. The book says on page number 8 thus “This private coaching prevails from the least income countries like Cambodia and Kenya to highest income countries such as Japan and Canada and urban students depend more on it than rural students.” In Japan, Hong Kong, Korea and Taiwan- private tuition has been stuck up for a long, though Confucian tradition prevails there.

Our neighbouring country India also experiences its broad jumping. In Kerala, the junior secondary level receives the highest amount of tuition and Andhra Pradesh is weaker in this race. In the higher secondary level, its rate is lower. 90% of students received private tuition in mathematics then come Science and English in Andhra Pradesh. In Kerala, it is 98.8% and Andhra Pradesh 73 %. The tutors use various media to give tuition. In most cases, it is given physically but some teachers in India use telephone, TV and Internet, website and email showing its magnanimity. Sujata, an Indian researcher says “The teachers engaged in coaching hardly attaches importance to classroom teaching, rather they persuade the students to receive private coaching. This situation encourages establishing a tie between coaching centres and school teachers.” In Sri Lanka several years back a graduate teacher received 108 to 135 US dollars per month whereas a mathematics teacher earns the same amount in three or four days through private tuition.

In Egypt, private teaching poses to have a socially positive impact. They argue it makes an opportunity for the learners to make relations with the peer students, neighbours and girl students. Hertman in his research book tells the experience of a shadow education manager who says, “I think half of the students come to coaching centres really to learn something and the rest half comes to meet their friends”. In Turkey the benefit from girls education proves equal to boys even then guardians think their boy children will support them in their old age. So they invest more for their boys’ education and they receive extra tuition for money. Kim Lee in Korea reveals through his research that private coaching for boys is like a commodity and for girls, it is like a luxury item. In Bangladesh Nath shows that in 2005 in the primary schools 33.8 per cent of boys and 28.1 per cent of girls received the help of private coaching. Another research says in Cambodia the students of village schools of a particular area belonging to one to three grades did not receive any private tuition but they received it 50, 25 and 90 per cent respectively in class four, five and six. Why 25 per cent in class five, the teacher of five grades was a woman who could not manage time to give private tuition to her students.

Why it is more in urban areas than rural ones? Firstly, the income proves greater for the urban people than that of the village people. Secondly, competition is larger in urban areas because of the influence of the labour market; they want to continue higher education and quality education. Thirdly, the population of urban areas encourages the private tutors to flourish their business easily due to the thickness of the population and educational institution. Bangladesh also sees no exceptional situation.

In England two-third of the students think private coaching helps them make better results, some slow-learners of secondary level find it difficult to cope with the school plan, so they engage tutors. It is also revealed that the white students are less influenced by private coaching but the black students see much positive impact because of it. The stream of private coaching in Korea and Japan is different from Australia and the United States. In the USA the state encourages private coaching for slow learners but in Korea and Japan higher-level students tend to take private coaching. In Singapore, the mainstream teacher’s engagement in coaching is prohibited by the state but in Morissus it is a common affair for the teachers. Morisus University shows in 1986 the students of primary level received private tuition 11.2 per cent, which increased up to 72.7 per cent in class six. The people of Morisus believe that classroom teaching is insufficient to face the challenges and do well in the examination, so private coaching is a must. One research shows that teachers gave less importance in the class before a public examination as they knew that all the students received help from coaching centres or from private coaching. The guardians see it as a social and economic factor for their children, teachers find it a source of income free from income tax and general people considers it as a means to develop the standard of education. A similar situation goes on in Bangladesh as well.

Many countries have tried to address this continuously increasing global phenomenon. They advocated for the introduction of an E-learning channel or education TV channel, arranging special classes for the slow learners, putting more emphasis on co-curricular activities than academic ones, professional teacher employment and introducing multilateral teacher evaluation and changing the admission system to college. Still, it is on a forward march.

The book mainly deals with private coaching which has established itself as a shadow education system of education along with the mainstream one. It has continued in East Asian countries for the last several decades. At present, it has spread in other Asian countries, Africa, Europe and even in North America. In many countries, students receive an education free of cost but at the end of the day or week, they take private tuition from private tutors for money. Maybe it has some positive sides in terms of helping students to make a good result and giving extra income to the teachers who are usually low paid in many countries. But it obviously has some negative impacts such as real teaching in the classroom has witnessed serious negligence contributing to developing a class division in the society. How private tuition has developed, spread and gained significance have been depicted meticulously in this text. So, people related to the education of various levels can derive benefit from going through it.