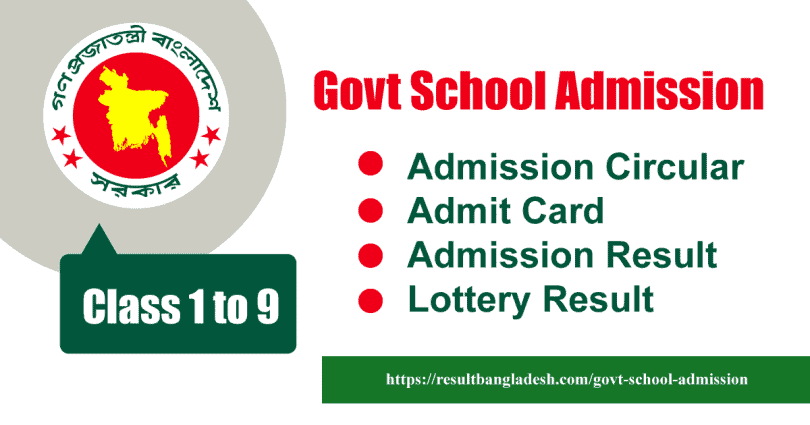 “When a child reaches the age-appropriate for enrolling in class-I, he or she should have to be admitted, and there’s no need to sit for admission test with printed papers because this is his or her right, not a matter of admission test,” Prime Minister Sheikh Hasina said on World Literacy Day on 08 September 2015. We like to give thanks to our Prime Minister. When the chief executive of a state makes such kind of utterance, it definitely has some merits and a special weight. Its proof is the utterance has achieved huge media coverage and a series of appreciation notes has started pouring in with the belief that it’s a quite new invention.

Actually, people belonging to education including experts have been harping on the issue for long that there must not be any admission test for the children as it not only increases children’s mental anxiety but also kills the basic human rights of the children. The interesting thing is education people’s suggestions and demands to abolish the test for toddlers received no importance from any corner. The result is it has posed as a national disease and has spread across the country from the metropolitan city to the remotest parts of the country. Many seminars, papers, write-ups and columns also highlighted the issue but of no avail.

The fact is the education experts and researches don’t have any power to change this thing. It is the duty of the state to implement any reasonable suggestion put forward by the researchers and educationists. When the state turns a deaf ear to this sort of proposal or advice, nothing happens positively.  But media people are intelligent enough to print the matter widely! Our experience convinces us that one utterance or desire cannot touch a thing let alone get it implemented. We want that government has reasonable policy where every child has access to primary education and there will be no unreasonable thing or madness in admission. But it happens and the chief executive of the state uttered the concern.

What do we see in cities and towns? Very small numbers of schools have earned fame and most of the guardians want to get their children enrolled in those schools. The committee members of these schools are powerful people who arrange admission test or other means of admission. But people expect that only educated and the people who have an interest in education should be on the committee. But things happen otherwise. Influential people contest in the election to be a member of the school managing committee and they spend quite a good amount of money. Why do they do that? Answers may be known to many. Teacher recruitment even in non-government schools takes place in exchange for a huge amount of money. No quality, no right for the real candidate is taken into consideration. We don’t know whether this fact is known to the education minister and prime minister.

Establishing area-based schools has also been a long time overdue issue. From umpteen times we have underscored the necessity of it to ease the burden of parents and traffic jam. In the present practice students from different parts of the cities and towns come to one or two so-called famous schools at the cost of huge traffic jam and the loss of many hours. Our proposal was to establish such kind of schools all around the cities and towns. Not only that, the teachers of these institutions should also be transferred in these schools to ensure quality education harmoniously for the children of all areas. These big decisions must be taken and implemented by the state and the ministry concerned. The people belonging to education can just put forward suggestions along with the rationale. Just an utterance or sudden thought cannot put any impression over the whole tangle standing in the educational arena.

She also called upon the local public representatives, the well-off sections of the society and the local administration to voluntarily introduce midday meals at the schools to further reduce the number of dropouts. This is also a very timely talk. Along with it, I want to place another proposal about school timing. If school timing can be set from morning till noon, children can go home to have their meals. They can get extra time for relaxation. In the present practice school hours range from 10 or 11 a.m. to 4 or 5 pm.

Students and teachers have to attend classes either with empty stomach or stomach filled with or half-filled with unsuitable foods. This situation does not allow them to give concentration on studies. Again, doing homework by the students and the works like checking scripts and taking preparation by the teachers cannot happen reasonably or in the right way as they have to remain in the school till evening.  Arranging midday meals may not be then a necessary issue. Even then, it can be introduced in some underserved areas to add some value as the poor children suffer from malnutrition.

The prime minister also said that a fund could be set up and operated by each school management committee in association with the guardians where donations could be received to provide midday meals. With due respect, we like to place before the prime minister the fact that the powerful people occupy the chairs of the management committee. If you further allow them to raise a fund for midday meals, it will make a good avenue for them to embroil themselves in further corruption. She added that her government also introduced the midday meal program for primary students to prevent dropout, and local people had been engaged in the program. As a result, she said the dropout rate had come down to 20.09 percent from 80 percent in the 80s. A question comes to our mind –‘is it well functional now?’

She also insisted on improving the quality of education in government primary schools in urban areas, so that parents would send their children to those schools. Through this insistence, we see that the prime minister has understood that quality education is not given in government primary schools. We again give special thanks to her  for noticing this significant issue and request her to give due directions to the relevant state machinery to bring about an effective change here.

“I request you to improve and repair the shabby schools…children will get their first education from schools in their own neighbourhood”. Very important issues she has touched regarding admission test. The government primary school buildings and premises never attract the children. Very unhygienic and very unattractive atmosphere prevails there. The proper guidance and steps of the ministry concerned can turn the primary school campuses into really joyful learning venues. The prime minister stressed on measures to make school fun for the children, rather than ‘discouraging’ them. “Curriculum which might frighten children should not be adopted. Loads of books and homework scare toddlers.” Several times she touched upon these issues which we want to see that a sea change has taken place here.