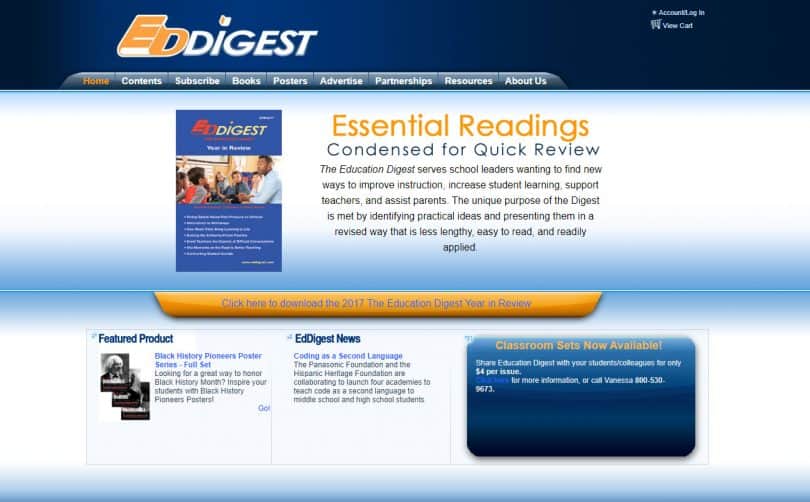 We are known clearly about Reader Digest but unfortunately, very few numbers of us become aware of Education Digest. This Digest published by the United Nation Institute of Statistics (UIS). Every Year UIS publish this Digest based on specific themes.

Each report focused on the specific issue of the Education area and showed informative data on that issue. That’s why these reports consist of comparative education statistics across the world. For example, Education Digest 2009 focused on “Global Trends in Tertiary Education”. This edition of the Global Education Digest analyses the rising demand for higher education, represented by an increase from 100.8 million tertiary students worldwide in 2000 to 152.5 million in 2007. It examines a range of issues, including how many attain tertiary qualifications, and in which fields of education, international student mobility, as well as levels and sources of financing for tertiary education. From this report, we came to know that the absolute levels of expenditure per tertiary student are much lower in low-income countries. This report mentioned that eight low-income countries including Bangladesh showed that the public expenditure per tertiary student is below PPP$ 1,000 per year. And most low-income countries spend between PPP$ 1,000 and PPP$ 3,000 per tertiary student. Besides this, we can also find other related information here.

Education Digest 2010 focused on the “Promise and Progress between Education and Gender” issue. This report presents four country case studies – including Bangladesh that describe long-term trends in educational attainment and highlights some of the national factors and contexts that help explain gender differences in educational participation. From this report, we came to realize that more than one-half of the world’s adult illiterates are found in South and West Asia, notably in India (283 million), Pakistan (51 million) and Bangladesh (49 million). Another remarkable figure is almost three in four female illiterates in the world are found in only eleven countries, Bangladesh is one of them. Moreover, we found here that there were 72 million out-of-school children of primary school age in 2007. Based on this number, 56 million children would be out of school in 2015 (UNESCO, 2010b).

Education Digest 2011 concentrated on “Secondary Education: The Next Great Challenge”. The introduction of this report mentioned, “Secondary education is becoming a growing concern and a major challenge for education policymakers and researchers worldwide as it plays an increasingly important role in creating healthy and cohesive societies and spurs economic growth. It represents a critical stage of the system that not only links initial education to higher education but also connects the school system to the labour market.”  Here we understand the status of our current secondary graduates and the region as well as the country-wise rate of graduation.

Education Digest 2012 concentrated on “Opportunities lost: The impact of grade repetition and early school leaving”. This report started with a different section. A total of five sections we found here. Each section described a different aspect of the above-mentioned topic of the report.  For our clear understanding, we just mentioned the name of the section.

Section 5 – The costs of school failure

This report mentioned that the repetition rates have increased in Bangladesh (from 11% to 13%). In the Asian contrast same situation found in Pakistan also. This means that the number of children repeating a primary grade has raised by about 0.5 million since 1999 in both countries combined. Overall, in the region, boys and girls are just as likely to repeat a grade of primary education.

I would like to share these reports for our further thinking because this statistic directed us to specific thought about our educational system. By clicking this link we can find these reports.