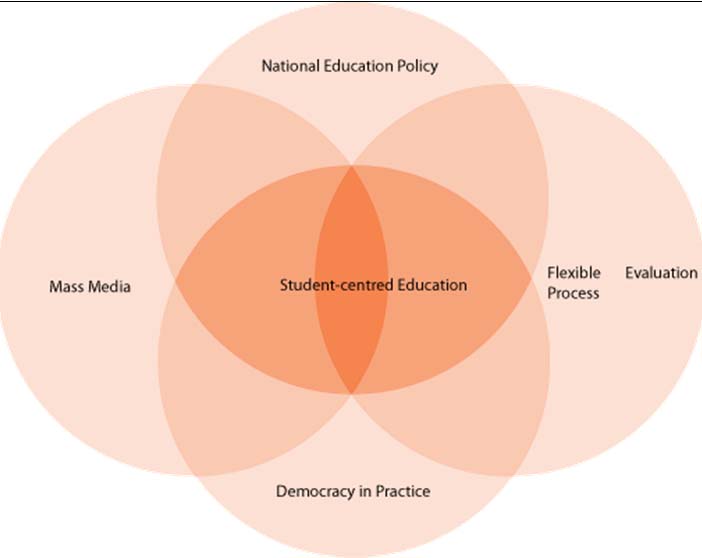 The education that facilitates the children of the 6-11 years age group to amplify their mental behaviour and attitude is called Primary Education. This primary education is the fundamental of all education (Source Universalizing Quality Primary Education in Bangladesh by Jalaluddin K.A. and Chowdhury R.M. Mustafa.) According to the UN, a person aged 18 years or less is termed a child. In Bangladesh, it is 16 or less. But in this country, access to all kinds of education is still a’ chance not yet rights. The system, quality and advancement of education are not enhanced according to the needs of the citizens.

According to the Child Education and Literacy survey 1997, conducted by the Primary and Mass Education Ministry, the overall literacy rate of 7 years or above in Bangladesh is about 47.3 per cent (Female 41.5prcent and male 50.6 per cent). The gap between urban and rural areas is very significant, rural 41 per cent and urban 59.9 per cent. The reasons for the lower literacy rate in rural areas are poverty, lack of awareness, lack of interest in education and superstition and no definite aim or gain lying before them through education. Though the rate of education is higher in urban areas, this is limited within the higher and middle-income group. The people living in slums still prove a lower literacy rate. A joint study of Asian Development Bank and Planning Commission, GoB in 1995-96 revealed that 61.3 per cent of the urban population is below the poverty line and out of the 40.2 per cent are staying below the hard-core poverty line. As a result, poor families are more willing to engage their children in jobs rather than sending them to school.

It is a fact that the status of government primary schools is very poor and negligible in Dhaka city, which is renowned as the most resourceful area for all sorts of education in the country. Baker (2007) reports that 26 per cent of slums in Dhaka have a government school and 27 per cent have an NGO school operated According to the Ministry of Primary and Mass Education (MOPME) Dhaka city accommodates 295 government primary schools. We know about one crore and thirty lac people live in this megacity. So, only 295 government primary schools prove to be an extremely poor number comparing to the huge population. Giving education to the citizens is the sacred responsibility of any democratic government. We cannot expect to go ahead avoiding this solemn responsibility or to rest on other entities. Even if other entities like NGOs or private sectors try to spread primary education among the poor and slum dwellers government should have a strong mechanism to coordinate the whole affair. But unfortunately, it remains quite absent which has created scope for getting kindergarten schools commercially to extend education facilities only for the affluent people. What about the middle income and low-income group who find it extremely difficult to get their children educated at the primary level.

When government primary schools are not set up for the slum dwellers, they get deprived of receiving government books and other educational materials meant for the poor. NGOs are also not covering all the slums. In this age of the internet, our slum dwellers and the children of the disadvantaged populace will remain uneducated does not sound good.

During the 1990s and early 2000s, Bangladesh experienced strong urban economic growth, a reduction in poverty rates, and rapid growth in the primary school environment. But it is not clear whether this enrolment happened in government primary schools or in the private sector. Though there is no such sound or easily available statistics, we find the mushroom growth of kindergarten and English medium schools at every nook and corner of the cities. This proves the shifting of education from the government disposal to the private sector, commercialization of education and education is for those who can afford to buy it.

‘Poverty in the Dhaka division is the lowest in the country and also dropped the fastest between 2000 and 2005. This seems to be partly due to people in rural areas finding jobs in the city. Dhaka’s population is expanding by 4.4percent each year making it the fastest-growing city in the world.’ (UN-HABITAT 2008). The fastest-growing city also creating slums at the same pace. The school-going children in the primary level are not increasing according to the increasing number of slum and disadvantaged people. The government probably wants to depend on NGOs for the slum people’s primary education or deliberately neglecting or avoiding it which does not conform to the slogan and efforts already declared to make the country illiteracy free.