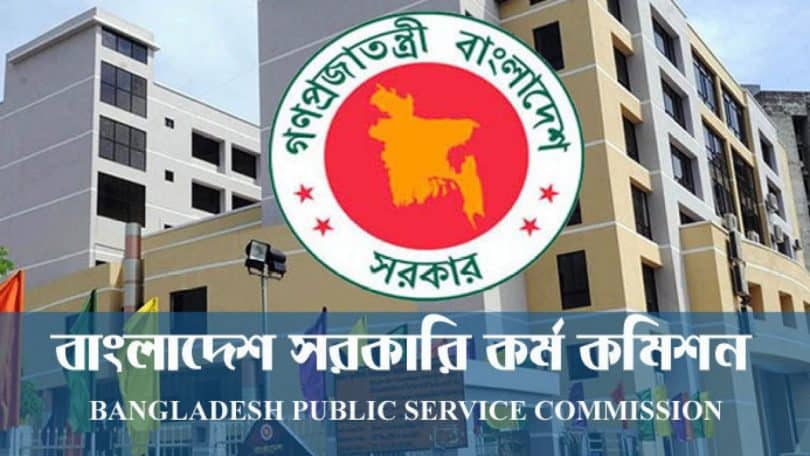 The Public Service Commission published the 34th BCS preliminary results on July 8 in which 12,033 out of 2.21 lakh candidates came out successful. The exam took place on May 24 to fill in 2052 positions in different cadres. A commission official said that about 6500 quota beneficiaries were selected for the written examinations. This decision to implement the so-called quota system at the initial stage of the BCS exam triggered the anger of several thousand meritorious students who took to the streets and demanded cancellation of quota in government jobs. They fought pitched battles with the police on the Dhaka University campus on 11 July as their movement spread to major universities of the country. Students of Rajshahi, Chittagong, Shahjalal, Jahangirnagar universities blocked roads and highways in front of their respective universities to realize their demands. Police had fired rubber bullets and tear gas and charged batons to disperse the violent protesters most of whom are unsuccessful candidates in DU campus and Shahbagh area. The protesters hurled stones at DU VC’s residence, proctor’s office and set fire to several floats on the fine arts faculty premises. The violence left at least 30 people injured. Of them, 17 were taken to DMCH and two at DU medical centre.

Police picked up at least 12 job seekers from the Shahbagh area on the first day of Ramadan. The Proctor of DU Amazad Ali said, “They had some sympathy for the protestors cause but what they did today indicated that some other forces, maybe Jamat-Shibir, have intensified their movement. Such activities cannot be accepted. “Chhatra League activists led by its Dhaka University unit president Mehdi Hasan and GS Omar Sharif attacked anti-quota movement procession while it was passing the lecture theatre. They pounced on the protesters with sticks, iron rods, and beat them up. The demonstrating students were labelled as the supporters of ‘ Jamat-Shibir’ both by the AL student wing and by the police. It is surprising enough to see the comments of the DU Proctor and VC. ‘The prime aim of the protesters was not the cancellation of quota. They actually wanted to create disorder on the campus in the name of BCS quota cancellation.’- was the comment of DU VC.

However, the PSC published the reviewed preliminary test results of the 34th BCS examination on July 14. This time successful candidates are 46 250. The number is 34217 more than the previously published results on July 8. PSC Chairman AT Ahemedul Huq Chowdhury said they are announcing the revised result after reviewing the entire situation. But he denied that the anti-quota movement had forced the commission to change its position. Questions come to our mind. Then at whose behest they republished the results? Isn’t the Commission an independent body? Did they prepare the first published results deliberately? Under the present BCS examinations system, 30 per cent of the seats are reserved for the children of freedom fighters, 10 per cent for women. a further 10 per cent is reserved for the district, 5 per cent for national minorities and 1 per cent for the people with disabilities as per an executive order in 1972. Quota provision was considered in the final results after written and oral examinations. However, this was the first time quota was considered in the preliminary exam, which triggered chaos and confusion across the country in general, and in the entire major university campuses in particular. Many meritorious students who took the exams were left out. Agitated students in Dhaka and elsewhere in the country took to the streets last week after the preliminary results based on quotas were announced.

Faced with the growing agitation PSC announced a re-evaluation of results on July 14 but the protesters were apparently not pacified. Despite repeated proposals from the Public Service Commission and experts, the government has taken hardly any initiative to reform the quota system in public service recruitment. Job seekers too, on many occasions, have protested the system calling it ‘ discriminatory’. They observed many talented candidates fail to join the civil service due to the quota provision. The five BCS examinations from 2005-2012 recommended appointing 3179 successful candidates to the posts of 15 class one general cadres. Of them, 1493 were picked on merit and 1686 from different quotas. The frustration over the quota system burst out this time after the quota policy at the preliminary exam of 34the BCS. The PSC in its annual reports for 2009 and 2011 recommended bringing reforms to the system, saying the policy was very complicated and difficult to implement. The report says it is almost impossible to select the right candidates with 100 per cent accuracy.

The implication of the existing system is essential to select the right candidates through the BCS exam. However, not government took it very seriously as the issue is very sensitive. This time the violent activities of the candidates have compelled the authorities concerned and probably the government also to reconsider the issue. On the first day of the agitation Prime Minister’s public administration adviser, HT Imam said, “The government has no plans to reform the existing quota system in the civil service examination. We have discussed the matter in the cabinet and made the decision. “But yesterday he further said that it is a very important issue to give a second thought to it but at this moment it cannot be done. We know they do not want to handle the issue due to political consideration. But we urge the government to settle the issue after discussing it with the opposition leaders and civil society members and experienced bureaucrats.

A PSC member’s comment seems to be mocking enough when he says that they applied this compounded quota since they did not find enough candidates to fill the quotas and hence the many seats remained vacant. Why they did not fill in the vacant posts from the list of meritorious candidates? Why they have started talking about the issue when the agitating students resorted to vandalism and violent activities causing miseries to thousands of people? It sounds peculiar that not a single decision of our country is taken judiciously until and unless the sufferers take to the streets and vandalize cars and public properties. Peaceful procession and peaceful ways of demands are not all taken care of by the authorities. It has become our culture. In addition, some people holding very high positions in society pass on very derogatory comments without understanding the magnanimity of an issue.

A writ petition challenging the legality of the 56 per cent quota in the BCS exam was filed in the High Court on 13 July. The petitioners said the quota system in the BCS exam was discriminatory against meritorious candidates and it went against the constitutional provision of equal opportunity for employment for Bangladeshi citizens. The quota system should be abolished in order to help the county’s development. We endorse our views with the petitioners as the country experiences serious irresponsible acts many a time because of the absence of capable persons in the state machinery. They just become the playthings at the hands of corrupt politicians and cannot work for the country, they form a particular party taking their stance far away from the spirit of real democracy. The country cannot afford to see this situation any more. Let the country see the capable people in the administration of the country to be selected through a tough and ingenious civil service examination. Special arrangement for education facilities and other income-generating activities should be made available to those who now enjoy the quota system. In terms of first-class cadre service, no such compromise in the name of quota should be preserved.