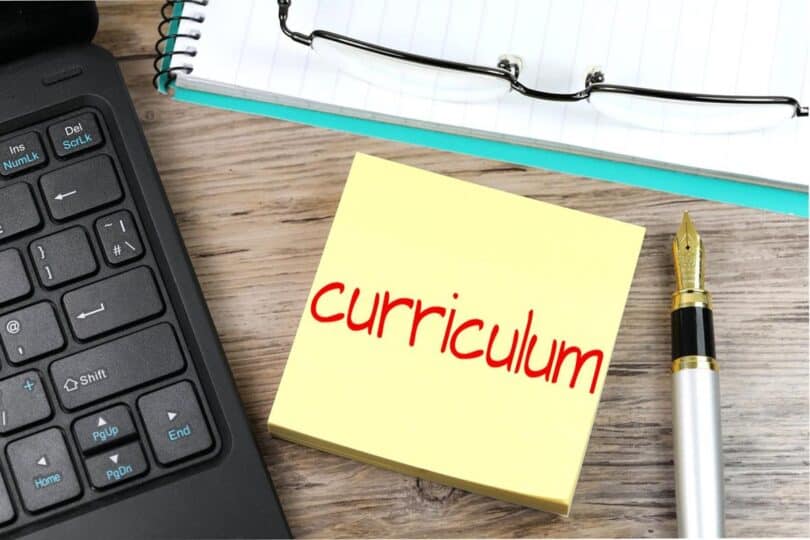 The current global perspective, artificial intelligence, the fourth industrial revolution and the very recent Corona pandemic remind us of changing our education curriculum to prepare the future generation to face the challenges of the 21st century lying ahead. The modification and implementation of the curriculum i.e. making a new curriculum, usually take place in a ten to twelve years gap.

Based on Kudrat-e- Khuda Education Report (1972-74), the first curriculum and syllabus development happened between 1976-80, modified twice in 1991-95 and 2012. The modification period between the first and second phases was fifteen to sixteen years. But the third one came in 2011-13 at a period of eight years’ gap. The step began in 2017 with the formation of two committees consisting of educationists of the country. Then again, the ‘curriculum development and revision core committee’ was formed where ten educationists have been included.

The committee submitted the 114-page outline of the curriculum which invited suggestions and opinions of the educationists and people concerned. Finally, it was sent to the ‘national curriculum coordination committee’ for further revision and comments. The curriculum of 102 countries has also been consulted to develop the new one. This gradual and step by step process to give a final shape to a revised new curriculum deserves appreciation.

The new curriculum is going to be introduced from the year 2023. In order to ensure playful learning for the children, there will be no terminal examination till grade three. However, pupils’ performance would be assessed on the basis of their classroom activities through its way has not been mentioned.

From pre-primary to grade three hundred per cent, according to the new curriculum, the assessment will be classroom-based, while grades four and five will have 60 per cent classroom-based and 40 per cent summative assessment in Bengali, English, Mathematics, Science and Social Science. Life skill and livelihood, Digital Technology, Physical and Mental Health safety, Religion and Arts and Culture will have the classroom-based assessment. In grades nine and ten, fifty per cent of the assessment will be school-based and the rest are fifty per cent summative in Bengali, English, Mathematics, Science and Social Science.

The positive aspects that sound sweet to our ears of this proposed new curriculum are: no examination till grade three, no public examination in grade five and eight that have been taking place for one decade by the executive order of the ministry even though it is not mentioned in the 2010 ‘Education Policy’.

The proposed new curriculum emphasises classroom-based assessment more than summative one, but the question is what percentage of teachers and educational institutions are ready for it? What now happens to the students who study in the science group? Many educational institutions don’t have even laboratories, but the students obtain full marks in practical parts. Awarding 60 marks to a student who reads in an ordinary school and awarding the same marks to a student of an established institution does mean a gulf of difference.

Awarding these marks by a  teacher who has deep knowledge in a subject with pretty long experience may mean reasonable, but a new, inexperienced teacher with shallow knowledge in a subject will award the same marks quite unreasonably. This kind of experience I had had umpteen times in my teaching career. This is a reality. The new curriculum should have a guideline or prescription on how to avoid or minimise this difference.

All pupils will have to study Language and Communication, Mathematics and Logic, Livelihood and Life Skills, Social and Global Citizenship, Climate and Environment, Science and Technology, Information and Communication Technology, Physical and Mental Health Safety, Values and Moral Education, Arts and Culture.

The subject contents will be changed and the number of books will become less and SSC examination will be held on the syllabus of class ten only, not on nine and ten together like the current practice. There will be two public examinations in the intermediate level—one in eleven class and another one in twelve class and the results of HSC will be published on the basis of combined results.

It might be a good decision as we know in the eleven class students are taught first papers of all the elective subjects and in the second year second papers. When the HSC examination takes place, students have to sit for the examinations in all the papers after two years that seems a huge burden for them and they cannot digest all the subjects well. In the proposed system, they will have less burden and time to digest the subjects.

Many countries’ curriculum involves disasters- both natural and manmade-and students are taught how to adjust themselves with those through project work. Suppose, road accident has become a common affair in our country. It does not necessarily happen only because of the carelessness of the drivers. The passersby also show negligence or ignorance towards traffic rules. They need to have clear and practical ideas about traffic rules, the meaning of the signal of traffic lights—these are very much fundamental in their own life.

In recent years thunderstorms are causing the death of many people. It takes place both in urban and rural areas, during the rainy season, how to take effective measures to save oneself from electrocution and primary ideas about electric goods.  Study tours need to be introduced in schools, colleges, and universities as they will allow real and practical learning.  Students have to submit reports and give a presentation after visiting places of historical importance.  This is life orientated education has been proposed in the new curriculum.

To materialise the digital revolution or fourth industrial revolution, we must ensure quality education for our students from primary to tertiary level and technology to be included to make them skilled human resources. The only skilled workforce may not even help develop the country unless humanistic quality is not included in the new curriculum. Sympathy and empathy, and real patriotism must be inculcated in the brain of our students; otherwise, expected service and behaviour cannot be received from them.

Today what we observe, the highly educated people get involved actively in serious corruption doing catastrophic harm to society, country and humans. Developing a new curriculum keeping all these aspects into consideration proves to be really a gigantic task. One of the definitions of education is ‘Education is the process of facilitating learning or the acquisition of knowledge, skill, values, beliefs and habits.’ In the present world, education gained through either formal, non-formal or informal ways is recognised as education.

Only coming and going to schools and passing the exams may not make one real educated. Education and competence stand as complementary to each other. One is crippled without the other. The introduction of the ‘Learning by doing’ style may develop a bridge between the gaps lying here, and the inclusion of morality must be attached to make it really meaningful.