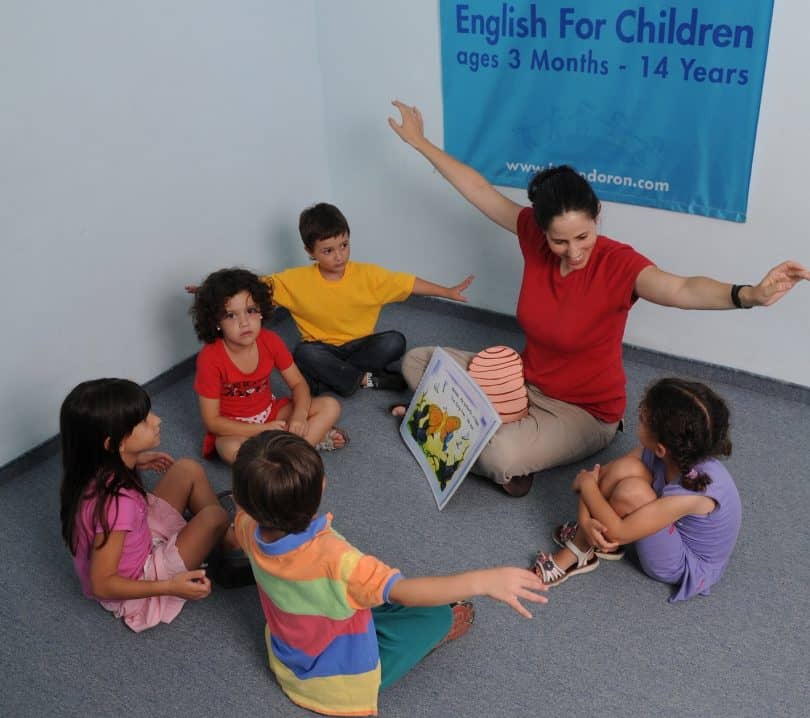 Gunter Gerngross, an English teacher in Austria, gives an example of how he makes his lessons more communicative. He cites a widely used textbook that shows English children having a pet show. “Even when learners act out this scene creatively and enthusiastically, they do not reach the depth of involvement that is almost tangible when they act out a short text that presents a family conflict revolving around the question of whether the children should be allowed to have a pet or not” (Gerngross & Puchta, 1984, p. 92). He continues to say that the communicative approach “puts great emphasis on listening, which implies an active will to try to understand others. [This is] one of the hardest tasks to achieve because the children are used to listening to the teacher but not to their peers. There are no quick, set recipes.

Teachers in communicative classrooms will find themselves talking less and listening more–becoming active facilitators of their students’ learning (Larsen-Freeman, 1986). The teacher sets up the exercise, but because the students’ performance is the goal, the teacher must step back and observe, sometimes acting as referee or monitor. A classroom during a communicative activity is far from quiet, however. The students do most of the speaking, and frequently the scene of a classroom during a communicative exercise is active, with students leaving their seats to complete a task. Because of the increased responsibility to participate, students may find they gain confidence in using the target language in general. Students are more responsible managers of their own learning (Larsen-Freeman, 1986).

Communicative language teaching has many origins. Many, insofar as one teaching methodology tends to influence the next. The communicative approach could be said to be the product of educators and linguists who had grown dissatisfied with the audio-lingual and grammar-translation methods of foreign language instruction. They felt that students were not learning enough realistic, whole language. They did not know how to communicate using appropriate social language, gestures, or expressions; in brief, they were at a loss to communicate in the culture of the language studied. Interest in and development of communicative-style teaching mushroomed in the 1970s; authentic language use and classroom exchanges where students engaged in real communication with one another became quite popular.

In the intervening years, the communicative approach has been adapted to the elementary, middle, secondary, and post-secondary levels, and the underlying philosophy has spawned different teaching methods known under a variety of names, including notional-functional, teaching for proficiency, proficiency-based instruction, and communicative language teaching.

Communicative language teaching makes use of real-life situations that necessitate communication. The teacher sets up a situation that students are likely to encounter in real life. Unlike the audio-lingual method of language teaching, which relies on repetition and drills, the communicative approach can leave students in suspense as to the outcome of a class exercise, which will vary according to their reactions and responses. The real-life simulations change from day today. Students’ motivation to learn comes from their desire to communicate in meaningful ways about meaningful topics.

Margie S. Berns, an expert in the field of communicative language teaching, writes in explaining Firth’s view that “language is interaction; it is interpersonal activity and has a clear relationship with society. In this light, language study has to look at the use of language in context, both its linguistic context (what is uttered before and after a given piece of discourse) and its social, or situational, context (who is speaking, what their social roles are, why they have come together to speak)” (Berns, 1984, p. 5).

CLT is usually characterized as a broad approach to teaching, rather than as a teaching method with a clearly defined set of classroom practices. As such, it is most often defined as a list of general principles or features. One of the most recognized of these lists is David Nunan’s (1991) five features of CLT:

(ii) The introduction of authentic texts into the learning situation

(iii) The provision of opportunities for learners to focus, not only on language but also on the Learning Management process

These five features are claimed by practitioners of CLT to show that they are very interested in the needs and desires of their learners as well as the connection between the language as it is taught in their class and as it used outside the classroom. Under this broad umbrella definition, any teaching practice that helps students develop their communicative competence in an authentic context is deemed an acceptable and beneficial form of instruction. Thus, in the classroom CLT often takes the form of pair and group work requiring negotiation and cooperation between learners, fluency-based activities that encourage learners to develop their confidence, role-plays in which students practise and develop language functions, as well as judicious use of grammar and pronunciation focused activities.

One of the most famous attacks on communicative language teaching was offered by Michael Swan in the English Language Teaching Journal in 1985. Henry Widdowson responded in defence of CLT, also in the ELT Journal (1985 39(3):158-161). More recently, other writers have critiqued CLT for paying insufficient attention to the context in which teaching and learning take place, though CLT has also been defended against this charge (e.g. Harmer 2003)