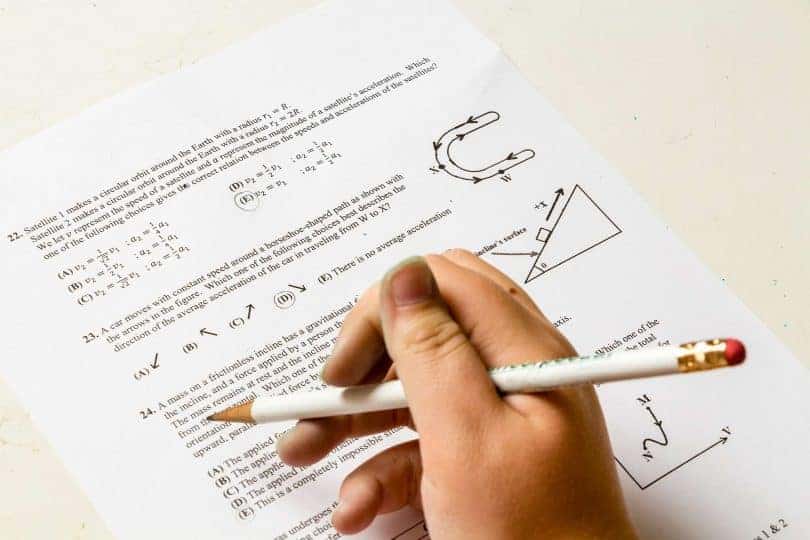 In the SSC and HSC examinations, students fail to obtain their desired grades and so apply for rechecking their examinations with the hope of getting better grades. Here they are cheated as their scripts of examination are not rechecked just recounted the numbers given by the examiners which are written on the cover page. No recheck takes place in the real sense of the term. This year (2013) record number of students has applied for rechecking the scripts of examinations. This number is one-seventh of the total students who passed the HSC examination this year showing a great vacuum of our assessment system. Total of seven lac 44 thousand 891 students passed the HSC examination in 2013. Out of them two lac 37 thousand 486 answer scripts to be checked. Out of twelve papers, two to eight papers have been challenged by the students. Most challenging scripts are Bengali and Chemistry.

The boards have earned more than three and a half crore taka because of this cause. Students were charged Tk 150 for rechecking each paper. However, the board has to spend only taka eight for doing the job. Barely 19 lac taka will be spent for this purpose. What is the justification of charging so much money remains unknown?

Dhaka Board controller Wahiduzzaman says regarding this issue, “People desire that scripts will be reexamined actually things are different. Scripts of examination are only recounted. Regulation or Act regulates it. We cannot go beyond it. Until this act is charged they cannot make the examined scripts reexamined.”

The system of rechecking the examination scripts is available in the university examinations where the examiners do not put any number on the answer scripts. Two examiners check the scripts differently and if the awarding of marks proves 20 percent different in that case it is rechecked by the third examiner. But in JSC, SSC or HSC marks are given on the scripts of examination. So, it cannot be rechecked for the technical reason.

(ii)     Whether any question is unmarked and

(iii)    Whether the total summation is okay or not.

One researcher found out through his research that a great difference lies between students’ desire and reality in terms of assessing the scripts in examination.

What might be the causes of rechecking or not the scripts of examination get properly checked.

(i) Examining the scripts hastily: Within two months, an examiner is to check several hundred scripts. All the examiners are head of the family who is to maintain all of the family affairs as well as institutional works. Shouldering these responsibilities and examining the board scripts at the same time doesn’t allow them to give full concentration on judging the scripts judiciously. So, to make the result within two months just to gain cheap popularity must be avoided. it is not necessary as we cannot ensure timely university entrance neither we can ensure timely passing out of the university. Above all, the job market cannot ensure the employment of all the graduates. There is no reason to get the scripts checked so hastily. It was done in three months in the previous time.

Still, I remember some incidents of my examiner and teaching life. When I first became the examiner of Dhaka Board in 1991 for the first time, I was invited to attend such kind of orientation, which was supposed to begin from 9.00 a.m. I reached the auditorium at 8.30 a.m. but unfortunately, I found nobody went there till  11.00  am (neither board people nor teacher). At 12.00 some teachers started coming, not all. Then at around 12.00 pm, the controller came and there was a hot exchange of words between the teachers and the examiners, as they did not get examiners their honorarium bull of examining the scripts of the previous year. After these hot words, the head examiners started giving some orientation amid hue and cry which many people could not understand. Board authorities must take the utmost care in this regard. I found the same picture in Comilla board also. I also found a huge number of teachers just took the scripts without participating in the orientation session.

I found that one of my colleagues awarded 10 marks out of 10 in the descriptive type question in English. On the other hand, another colleague of the same department gave two, three or four marks in the same type of answer. He commented”  I will see how  the students pass in English.  Passing in English is not an easy task, it is really tough. This type of discrepancy happens in examining the scripts. When this sort of thing happens in this small diameter, how worse things happen in the national level can be imagined easily.

The controllers of board showed many proofs how irresponsibly many examiners checked the scripts. Many got the circles filled in by their wives or even maid-servants who committed serious blunder.  Many filled in the circle wrongly such as circles filled in 29 instead of 92.

Many irresponsible examiners leave the country and take shelter in our neighboring country without submitting the scripts to the authorities. Many loose the scripts in the bus, launch, and train or in relative’s house.

The controller and the chairman are appointed mostly on political consideration. They try to show their performance or by making more students pass in the examination. Even they direct the examiners to give marks even if they find any black writing. These are the things that happen frequently in assessing the scripts of examinations and the students are to suffer. Examining the scripts is a matter of serious judgment, which cannot be done by any kind of teacher. Without training and experience, it cannot be done. Board authorities must take the utmost care in getting this sacred work done.