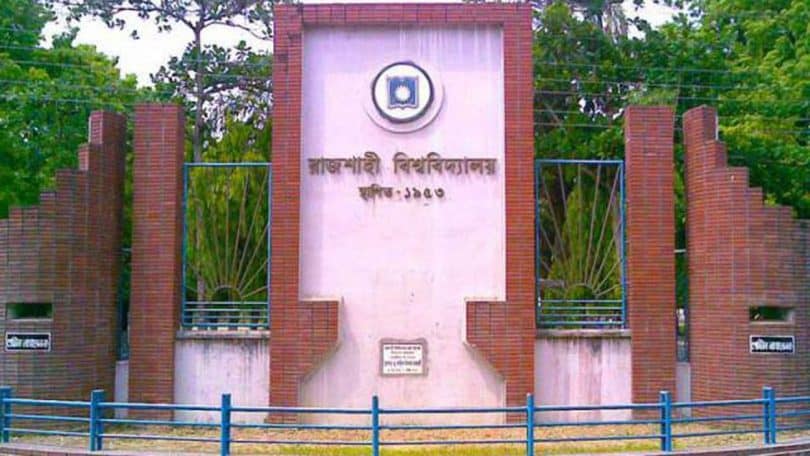 How loyal our Vice-Chancellors are to the illegal demands!

An article appeared in the daily Kalerkantho of September 04, 2011, produced by a Bangladesh professor in the USA which drew my attention. The heading of the article goes such “The Vice-Chancellors of public universities of Bangladesh want the status of MPs, why?” He has also mentioned that the government of Bangladesh has given the status of state-minister to the chairman of the UGC. The writer asks whether the government has given it willingly or the chairman of the UGC asked for it is not known to us. He was a professor, VC and is an educationist. The responsibility of the chairman is to review the budget regarding administrative and academic works of the universities. Can it be comparable to the status of state-minster?

The status of a professor, chairman of UGC or VC to the students, guardians, educators, educationists and the people more than a minster. Minister is not an expert or educationist but he is. A university is the centre of excellence, the centre of learning and research. In the universities Teachers discover new theories, build knowledge and distribute it among the learners who gather here from different corners of the country. But the works, responsibilities and duties of an MP are different. The status between them cannot be evaluated using the traditional way of applying traditional belief or sense. Renowned educationist Dr. Malik Khasru said, “A university is not meant for  average  people, it’s for scholars only.“

Vice-Chancellors are a guide, philosopher, leader. All the creative activities centre around a Vice-Chancellor. He is the supervisor of creative people and makers. He himself is an institution. He is a monarch of his state. An MP is supposed to make laws of the country, listens to the problems of the people of his areas. When a teacher is rebuked by any police or any other organization hundreds and thousands of students willingly protest it. It hardly happens in the case of an MP. So, their status cannot be equalized or considered in terms of the state-run designations.

One of my cadet college colleagues once said a procession of students went to the Vice-Chancellors of Rajshahi University during the Pakistan period to change the date of examination and he was also a pupil of the same university then.  Hearing the hue and cry of the students, the VC wanted to know the reason. They told him to change the date of the examination. The VC firmly replied, “The date of death may change but the date of examination never. Go back to your dormitories, concentrate on your studies and take preparation for the examination.” And the examination took place according to the scheduled date. The VC  could do it by virtue of his honesty, depth of knowledge, impartial behaviour and firm determination.  He could not do that if he became the VC of a particular colour or group as we witness today. He did not yield to the illegal demand of the students to give them scope to do more illegal works.  If the VC would listen to them they would continue putting many illegal demands.

One of my near relations was expelled from the University of Dhaka during the Pakistan period ( now he is a university teacher abroad) for doing an act that went beyond the university rule. Many of my relatives wanted to meet the then Chancellor of the university (the provincial chief minister) but my relative just told me that the VC would not comply with the request of the chancellor even.  And probably the chancellor also would not request the Vice-Chancellors to withdraw his decision. The situation has seriously deteriorated now. We have VCs who are directly coloured by political parties. Their courage, demand, quality and expectation from them don’t go beyond the ideals of the political party they belong to. This is a big problem for our universities. When I was a student of JU, the son of a minister of the Ershad cabinet was in problem. It was dangerous for him to be on campus and an order came from the government to change the date of honour final examination and it happened normally. How loyal our Vice-Chancellors are to the illegal demands!

The American university teacher’s answers have been reflected in the two articles of today in two newspapers. Today’s (September 28, 2011) daily sun contains an article wishing the 64th birth anniversary of our Prime Minister by the vice-chancellor of Janahangirnagar University Prof. Dr. Sharid Enamul Kabir. He says in the article, “ We have noticed that she has taken various initiatives to materialize the dream of the oppressed and deprived people of the country in line with her vision and foresight. The socio-economic scenario of the country has been changed and people are happy with her welfare-oriented steps.”

Probably the VC does not know that the middle and lower-income group find it extremely difficult to pass their days because of the sky-rocket price hike. And the government is playing the same piano as the four-party alliance did. The VC continues, “ Sheikh Hasina has taken the responsibility of prime minister for five years. Though three years of her tenure has not passed yet, her government has already proved by taking various initiatives that it is the people’s government. People of the country also enjoyed the fruits of her rule and mature leadership in the 1996-2001 tenure.  Her government was appreciated at home and abroad by all for the Ganges Water Sharing Treaty with India and Chittagong Hill Tracts Peace Accord which resolved the long-standing crisis.”

So, the VCs need not explain that the government has produced more electricity. Vice-Chancellors have more important jobs than talking in favour of the ruling party people. Vice-Chancellors should be more careful about maintaining peace in their campuses which are rocked time and again by the student cadres.  They should be more careful about the standard of teaching and education of the country.

The Vice-chancellor of Chittagong University  Anwarul  Azim Arif has produced another article in the daily Kalerkantho today. He says extolling the prime minister’ It was undecided whether Chittagong would see the matches of World Cup Cricket. It was our prime minister who intervened.  A delegate comprising four ministers and state minister of Chittagong, and seventeen MPs met the prime minister and they held  meeting more than one and a half hours meeting with the Prime Minister and as an upshot of it more than one cricket matches took place in Chittagong.” I don’t know how Vice-Chancellors could praise the prime minister for a poor country to intervene in deciding where a cricket match will take place. If she is to intervene there then what about the work of other important and burning issues of the country? If four ministers and seventeen MPs have to request it, what about their usual work? We know the files of poor people keep piled up month after month in the government offices. What are they committed to do for the people of this poor nation? What was the duty of the minister in charge of games and sports? Why the Prime Minister had to intervene? A VC should have criticized it constructively without appreciating this incident.

The country just witnessed a very sad incident that took place at Jagannath University. The students went berserk and vandalized many vehicles causing a serious problem to the common people who don’t have any connection with the inclusion of the university in the government revenue budget or they are not against it but they had to suffer the atrocities of the students. Our two Vice-Chancellors ( Jahangirnagar and Chittagong universities) could have produced two scholarly articles reflecting their reasonable points of the incidents of Jagannath University. There are thousands of people to appreciate the works and wishing the Prime Minister on her 64th birthday anniversary. The VCs need not do it. We expected some comments from them regarding the Jagannath University issue.  Without doing that they just praised the activities of our present prime minister. If a country would see the rules of the Nationalist Party, our Vice-Chancellors would produce the same articles praising Begum Khaleda Zia. Do we want to see that our VCs would do that?