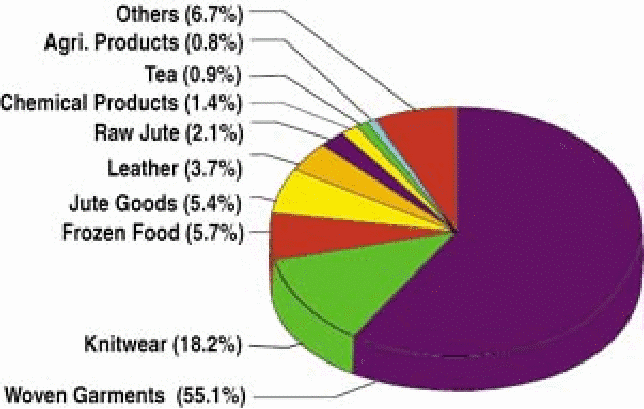 Written by Editor
GAZI MAHBUBUL ALAM and MIRJA MOHAMMAD SHAHJAMAL
Abstract: Student politics is one of ignored areas in international scholarly debate. In the late 1960’s to early 70’s, some authors made some contributions in the context of South America and Africa. In 1968, Altabach also made a very little contribution on Indian student politics.
The Institutions of HE (Higher Education) in southern Asia is experiencing a high volume of student politics and teacher politics. People often make link between teacher politics and students while they talk informally. As Academics of HE in Southern Asia who are mainly conduct research are also rigorously involve with politics, therefore, they often ignore this area (Alam, 2003).
The paper explores the impact of students’ involvement in ‘party politics’ on quality of higher education and national development in Bangladesh answering some specific research questions through the data gained from an empirical research work.

Research techniques
The methods of data collection are qualitative. We chose methods that would allow the respondents to express their views in a free and personal way, giving as much prominence as possible to their thematic associations. Hence, we chose to use semi-structured telephone interviews and email questionnaires. Another method of data collection we adopted was document review. The interviews and other methods of data collection were conducted from abroad while we were in study leave. Only few days for field work, taken leave from universities was mainly concentrated on observation. The observation was conducted through checklist and non-checklist method. In some extent, the observation was very challenging and risky thus we have to stay with the ‘cadres’.
Interview Samples
As mentioned earlier, there are four major student organizations in Bangladesh, namely BCL, JCD, BJCS and BICS. It is proven that to receive proper and reliable data, triangulation of samples is an important issue (Cohen et al., 2002). We selected our respondents from the four main major student organizations mentioned. We intended to interview two students who were involved with the ‘Chartro union’ but unfortunately we failed to find anybody prepared to be an interviewee. We selected two people from each organization: one person holding a more responsible position such as committee member or coordinator/secretary, and the other with a less responsible position. In addition, we chose two students who were not involved in politics (see next section).  Moreover, we chose one college principal and one lecturer as our respondents. We also contacted national political leaders but they were not interested to talk on this topic.
Robson (2000) makes the point that sometimes guaranteeing confidentiality helps the researcher to elicit valid data. When selecting respondents involved in politics, we chose students studying at Dhaka college, Dhaka university and some other institutes which are currently experiencing a high volume of student politics. We selected those respondents not involved in student politics from private HE institutes where no student politics exists. he college principal and lecturer selected had teaching experience at both types of institutes. In consideration of confidentiality, we labelled the respondents (Cohen and Manion, 1997 and Hammersley, 1996). So in the findings and discussion section of this paper the 12 respondents will be referred to as R1, R2, R3, R4, R5, R6, R7, R8, R9, R10, R11 and R12. R1, R2, R3, R4, R5, R6, R7, and R8 are involved with BCL, BNSP, BICS and BJCS. R9 and R10 are the students who are not involved with politics. R11 and R12 are respectively the lecturer and principal.  The further information about the respondents is as follows. R1 is studying a short language course in a university after completion of his masters degree. He is also an established businessman. He is now almost 37 years old and has already spent 22 years in HE by taking various courses. He started student politics at 15 years old when he was a student at HSC level. R2 is about 41 years old and started politics when he was a student at HSC level. His HE period spans almost 25 years at various courses and he is currently studying in a College. R3 is 31 years old, recently passed her masters degree and is now pursuing a short course. Her experience in HE and student politics is 14 years. R4 completed his masters degree almost 10 years ago. In the meantime he has taken a number of short courses and has 16 years of experience in student politics.  R5 is now completing the final year of his undergraduate course and his experience in politics is about 2.5 years. R6 is a student of the masters programme and his age is almost 29 years, his experience in politics is about 7 years. R7 is a 36 year old student studying a short course in the law department after five years at a law college. His experience in student politics is about 12 years. R8 is a student who is now an established businessperson at present enrolled as a student of a short course and involved with student politics since 1981. It was difficult for us to make contact with the students who recently joined in politics because

1. traditionally, they usually need to seek permission from their senior leaders but their seniors like to be the respondents

2. to make the initial contact with the respondents we usually phoned their ‘party office’ where the officials are senior students rather than junior. However, some of the senior leaders allowed juniors to talk us upon our request.

R9 and R10 are studying respectively a masters and an HSC programme at the ages of 26 and 15.