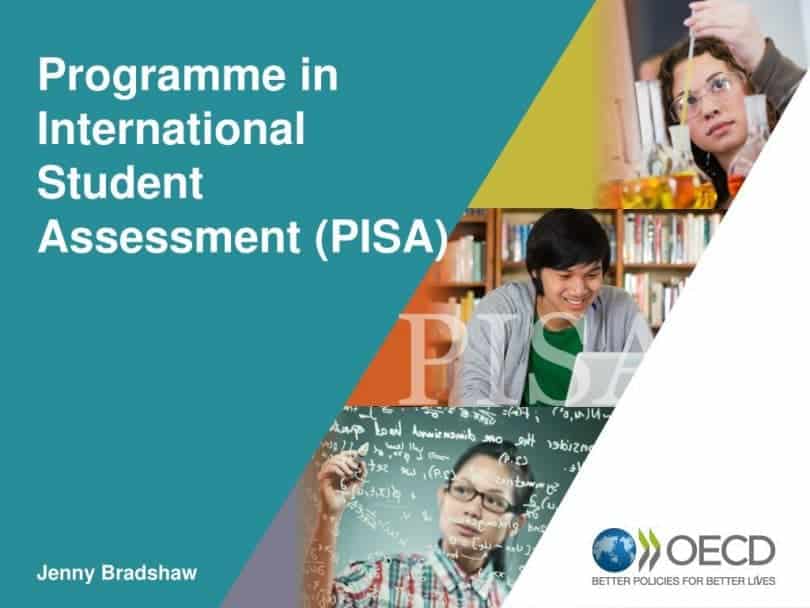 For gaining the 21st century skills students need to put emphasis on Mathematics, Science and English. These can be said as surviving skills as well. But, the number of science students is decreasing at an alarming rate. The way of teaching science and mathematics does neither attract the learners nor they can develop their basic concepts in these subjects. Simultaneously they show poverty in their communication skills. Our students, in reality, have every potential to gain these skills if they are nurtured properly. We do not have any global criterion to measure their skills in these areas in the secondary level. It is urgently felt to infuse them with necessary skills the present age demands. The Programme for International Student Assessment (PISA) is a triennial international survey aiming to evaluate education systems worldwide by testing the skills and knowledge of 15-year-old students.

Students representing more than 70 economies have participated in the assessment so far. Since the year 2000, every three years, fifteen-year-old students from randomly selected schools worldwide, take tests in the key subjects such as reading, mathematics and science, with a focus on one subject in each year of assessment. The students take a two-hour test which is a mixture of open-ended and multiple-choice questions. The head of the institutions also answer questionnaires to provide information about the students’ backgrounds, schools and learning experiences and about the broader school system and learning environment.

The PISA Programme was launched in 1997 by the Organization for Economic Co-operation and Development (OECD) with the objective to develop regular, reliable and policy relevant indicators on student achievement. Specifically, it was intended to deliver four types of products. They are — (i) a set of basic indicators that will provide policy makers with a baseline profile of the knowledge, skills and competencies of students in their country; (ii) a set of contextual indicators that will provide insight into how such skills relate to important demographic, social, economic and educational variables; (iii) trend indicators that will become available because of the on-going, cyclical nature of the data collections; and (iv) a knowledge base that will lend itself to further focused policy analysis. Till 2013, they have collected data in five times in 2000, 2003, 2006, 2009 and 2012. Results for the 2012 data collection were released on 3 December 2013 showing Asian students outnumber the European ones.

PISA 2012 tested more than 510000 students in 65 countries on mathematics, reading and science. In a global economy, competitiveness and future job prospects will depend on what people can do with what they know. Young people are the future, so every country must do everything it can to improve its education system and the prospects of future generations. The survey says, “Top performers, notably in Asia, place great emphasis on selecting and training teachers, encourage them to work together and priorities investment in teacher quality, not classrooms issues. They also set clear targets and give teachers autonomy in the classroom to achieve them. Children whose parents have high expectations perform better. They tend to try harder, have more confidence in their own ability and are more motivated to learn.”

School and local educators have shown interest  to know how their individual schools compare with students and schools in education systems worldwide. To satisfy their interest the OECD has developed the PISA-based test for schools. It is currently available in the United States and the OECD is in discussions with governments to make the test available in other countries as well.

Around 510,000 students in 65 economies took part in PISA 2012 representing about 28 million 15-year-olds globally. More than 70 economies have signed up to take part in the test in 2015 which will focus on science. Can we request our government to get included in this sort of test? We do not have any international standard to learn the real position of our students of secondary level. We just follow our grading system which fluctuates responding to the will of the government and political indicators. PISA is unique because it develops tests which are not directly linked to the school curriculum. The tests are designed to assess to what extent students at the end of compulsory education, can apply their knowledge to real-life situations and be equipped for full participation in society. The information collected through background questionnaires also provides context which can help analysts interpret the results.

The international overhead costs for new participants in PISA 2015 is EUR 182 000 payable over four years at EUR 45,500 per year from 2013 to 2015 inclusive as its notice says. In addition, the costs for the national implementation of the programme are borne entirely by the participating countries. In particular, all participating countries are required to take responsibility for drawing a representative sample of schools and students in compliance with the internationally agreed target population definitions and sampling procedures. The field trial included a sample of approximately 1,500 students and the main study a sample of approximately 6,000 students. Participating countries need to appoint a National Project Manager to carry out the surveys in the national context.

The National Project Manager should have a university degree and previous experience in planning, organizing and conducting large-scale surveys. Skills in managing a project with simultaneous multiple tasks, a high level of oral and written communication skills, fluency in English and knowledge of the national education systems are also important. English is the communication language for National Project Managers as well as the language used in the respective written documentation. The inclusion of Bangladesh in this race of assessment can change the scenario of mathematics, science and English education.