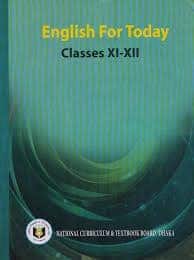 The very titles of the units tell us the present day and current issues have been included in the text so that the learners can find the things they deal with in their classroom in their surroundings.

In Unit-1, lesson-2 contains the historical speech of 7th March by Bangabandhu which will certainly help students develop the background knowledge of our freedom struggle. Unit-2 tells us the difference between human brain and a computer. In lesson-2 we find the lines “Alleviating traffic congestion is one of the major development challenges of our time. Half of the world’s population already lives in cities, and the United Nations estimates that the proportion will raise to nearly 70 percent by 2050. Dhaka, the world’s densest and fastest growing city, is a case study in how this problem got so bad and why it’s so difficult to solve.” Just 7% of the city is covered by roads, compared with around 25% of Paris and Vienna. The cost of Dhaka’s traffic congestion is estimated at $3.8 billion a year. These are very basic information which today’s learners need to know. The traffic problems of Dhaka city have been depicted citing some practical examples and referencing the writing from websites but not tangible solutions referred. The readers are just thrown into a frustration that easing let alone removing traffic congestion is an unimaginable task. How the commuters and passengers individually contribute to easing traffic jam could have been mentioned.

Unit three deals with ‘food adulteration’ mentioning  the alarming amount of pesticides used  in the samples collected in Gulshan, Karwanbazar and Mohakhali markets  which is  3 to 20 times greater pesticides  in vegetable  and fruits than the limits set by the European Union. Around 50% vegetables and 35% fruits were found to be contaminated with unsafe level of pesticides. The introduction of ‘The Luncheon’ in the second lesson of the unit deserves appreciation as it’s a very popular short story of Somerset Maugham. Students will find interest in it and teachers will have means to retain the students in the classroom and it goes with ‘eating Habits and Hazards’, nicely chosen and well suited with the chapter. Students need to meet native writers’ work to have the original test of English along with locally produced materials.

‘Human Relationships’ in unit-4 reflects how to behave with others and some basic rules of etiquette have been cited which deserve appreciation. Family etiquette, basically social etiquette and professional etiquette have been mentioned which are timely. Unit 5 talks about ‘Adolescence’. For most people, there are four or five such stages of growth where they learn certain things. Infancy (birth to age 2), early childhood (3 to 8 years), later childhood (9 to 12 years) and adolescence (13 to 18 years). WHO identifies adolescence as the period in human growth and development that occurs after childhood and before adulthood. This phase represents one of the critical transitions in one’s life span and is characterized by fast paced growth and change which are second only to those at infancy. In Unit Six: Path to Higher Education tells Tagore’s philosophy of education. We are made to tread the mill of passing examinations, not for learning anything, but for notifying that we are qualified for employments under organizations conducted in English. Our educated community is not a cultured community, but a community of qualified candidates. ’The training we get in our schools has the constant implication in it that it is not for us to produce but to borrow.  A teacher can never truly teach unless he is still learning himself. The unit really attaches significant importance to real teaching.

Unit seven deals with rights of children, women, the disadvantages and ethnic minorities. Everyone has the right to a standard of living adequate for the health and well-being of oneself and of one’s family, including food, clothing, and housing and medical care and necessary social service, and the right to security in the event of unemployment, sickness, disability, widowhood, old age or other lack of livelihood in circumstances beyond one’s control. Unit eight tells us about ‘Environment and Nature’ with particular reference to Hakaluki Haor, the endangered pandas, tigers and the description of ‘ Kuakata: daughter of the sea’. Lesson-3 of the last unit has nicely chosen Jonathan Swifts’ Gulliver’s travels which is a satire.

Today secondary level teachers have scope to receive training from different government projects and NGOs but these scopes still prove very scarce for higher secondary level teachers.  In this perspective, NCTB could have supplied a Teacher’s Guide for the teachers along with the text. Or could have attached some guidelines of using the text at the beginning of each lesson or unit otherwise texts will just be read with Bengali translations which has become the common practice instead of dealing with the practice of four language skills.

It is good on the part of NCTB that it invited language experts and practicing teachers on 04 August 2015 to learn their views regarding the assessment which will really reflect students ‘grasping of English language. The writers of the book and another group of experts strongly believe in setting questions outside the text to learn students’ real depth and knowledge of English. They argued to set questions from unknown sources to really test students’ language skills. They believe it may discourage at least a little the private publishers to produce note and guide books to kill the creativity of the students and replace the text in the classroom. But the reality says that NCTB textbooks are always replaced by note and guide books available in the market. The situation calls for a thorough research on how to address this issue taking into consideration. All the realities such as we cannot banish the private publishers from the market rather we should have devised such means which will not affect the real acquiring of English by the students  even though they take help from note and guide books. So, questions can be developed from following known and unknown sources.

The questions should been a little bit different as more than couple of decades similar items of questions such as  multiple choice , true/false, passage with clues and without clues, flow chart, etc. Of course, these are the popular test items to check students’ reading skills. Still, some new set of questions should been thought of which I tried to mention but got little importance from my fellow colleagues. Our students have developed the habit of answering questions as they are asked to write down the answers. To our utter surprise that most students cannot develop an interrogative sentence by themselves. So, provisions should have been kept to make questions of some answered items.

Listening occupies the most significant portion of our everyday communication. The research of Burley-Allen shows that more than forty percent of our everyday communication we do through listening. Then comes speaking which is thirty-five percent and reading sixteen and writing only nine percent. The lack of listening skills is a major challenge in the classrooms. It is the cornerstone for developing interpersonal relationships and yet it is one of the most neglected language skills in teaching. Listening completes the cycle of communication. Through the normal course of a day listening is used nearly twice as much as speaking and four to five times as much as reading and writing. There are four language arts:  two of them are expressional ones such as speaking and writing and two are understanding ones and they are listening and reading. Nature has given us two ears but one mouth, because listening is twice as hard as talking. The two significant skills have been left to the political decision at the cost of students’ permanent damage.

The whole textbook is reading skill dominated and next comes writing skill. Of course, real environment is also an important factor for introducing listening skills. Still, we should not sit idle to develop the four language skills of our students harmoniously. Using this text we could stimulate at least a little practice of these two skills. We could have shown this innovation in spite of having hundreds of limitations.