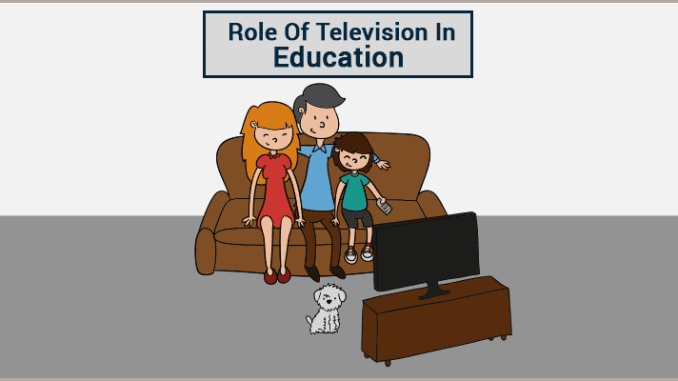 Now is the time to ensure inclusive and equitable quality education and promote lifelong learning opportunities for all using education technology and maximizing research, innovation, and engagement related to education. Synchronizing with this demand, the Ministry of Education has inaugurated a new initiative for taking online classes for classes 6 to 10 during Coronavirus shut down of educational institutions across the country.

The Sangsad Television has started telecasting recorded classes since April 29, as about 40 million students have been confined to home since March 17. Of them, 17.5 million are primary level students, and over 10 million belong to the secondary level. The impact of COVID-19 restrictions might go beyond affecting learning as school closures limit children’s interaction with others of different abilities, backgrounds, and cultures.

Such a situation could potentially lead to stigma or prejudice. But, there is reason to believe that suitable televised content can provide some help here, and this thought led the authorities concerned to deliver classes in an alternative way, which has been possible to do very easily for long because we do have as many as twenty-seven private television Channels. One or two of them could have been dedicated to the purpose of education at least a big chunk of their time every day that could narrow the so-called coaching business of low category teachers and education businesspeople.

In several of my write-ups, both in English and Bengali, I proposed to do it, but it was a cry in the wilderness.  However, the current unprecedented situation had been quite beyond the thought of humans. Now the countries and the authorities have thought that televised instructions for the learners had been a long overdue, and the process has just been started.

Such a situation could potentially lead to stigma or prejudice. But, there is reason to believe that suitable televised content can provide some help here, and this thought led the authorities concerned to deliver classes in an alternative way, which has been possible to do very easily for long because we do have as many as twenty-seven private TV Channels.

The ministry has triggered the whole affair and a2i, BRAC Education, 10 Minutes Schools, Cambrian School, and College outside government education bodies have lined up to establish an accessible and innovative mode of class delivery at this Coronavirus endemic that has engulfed the entire globe. The initiative will not go unchallenged as it is first of its kind in Bangladesh to bring ninety percent students under this umbrella. Responses and requests coming from various corners summarize that the reach could have been furthered if BTV had been used for this purpose.

Of course, Bangladesh Television cannot allot so much time for this purpose at a stretch.  Along with it, we propose to add radios to make this effort more flexible, suitable, and accessible. The authorities concerned will give a second thought to these responses. As a BRAC people, I have been attached to this process and have observed many classes while recording was going on. The non-availability of quality teachers, technicians, and studios to record the classes surface as big problems to present the desired level of classes. Still, we appreciate the concern as students will not have to sit idle at their respective homes.

It is acknowledged that numerous children in low-income contexts do not have television access at home and might be prevented from watching programs at other locations due to social distancing measures. However, it remains the case that educational television shows could mitigate the adverse effects of school closure for many who can access television technology.

Policymakers should, therefore, seek to increase the delivery of educational television shows in low-income areas of the country. Learning poverty is a new measure introduced by the World Bank to measure the number of children who, by age ten, cannot read a simple text. Today, a shocking 89% of children in low-income countries fail this test. Current projections show that by 2030 under a business-as-usual scenario, this rate will only fall to 43%. This is too long to wait, and it incites us to think for an alternative because the long confinement to home will aggravate the academic and psychological situation of the learners.

Fortunately, educational television has the potential to facilitate out-of-school learning. This technology has been shown to have real impacts on outcomes, utilizing readily available technology and can be implemented at scale. The immediate accessibility of television means that it has the potential to benefit many out-of-school children. School closures due to COVID-19 have already occurred in multiple low-income countries, and this is likely to happen increasingly often over the coming weeks. Existing pieces of evidence from controlled settings indicate that educational television can improve learning outcomes.

The state-run Sangsad Bangladesh Television is set to broadcast pre-recorded lessons for primary school students also that started from yesterday (April 07) as a test transmission. The first days’ classes were up to the mark that I observed with interest. The teachers who conducted classes were government primary school teachers.

The government primary school teachers scattered across the country have much to learn from them. Many of them definitely possess teaching potentials that they cannot expose due to the lack of getting and receiving feedback and encouragement from the people concerned. The classes presented for the pre-primary level call for appreciation.

It can be believed that high-quality education and technology have the power to change the world by developing the human talent required to seize the opportunities that arise from global change.

The students of classes III to V are expected to do a set of homework after taking the classes and submit it to their teachers once schools reopen. The scores obtained on the homework assignments will be considered a part of their continuous assessment. The materials used by the teachers were developed by BRAC Education in the mode of interactive digital content to digitalize the textbooks of the primary level. Though these materials were prepared in usual time, they have been well utilized at this critical moment of the nation that gives us a scope to ventilate our pleasure.

It can be believed that high-quality education and technology have the power to change the world by developing the human talent required to seize the opportunities that arise from global change. In the process of education transformation, it facilitates collaboration, accommodates different learning styles, increases engagement and excitement among students, helps maximize school, college, and university resources, and improves learning outcomes. It is now up to us to responsibly adopt the available technologies meant for teaching in distance mode, guiding our students on how to best profit from them and contributing to the development of the appropriate skill sets that will help them fulfill their role as global citizens of the 21st century.