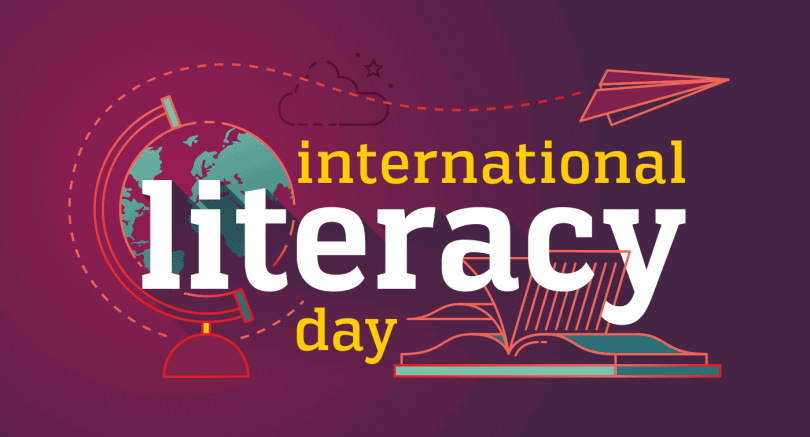 International Literacy Day has been observed over the last forty years. This year the literacy day is dedicated to “literacy for the 21st century” to highlight the need to realize “basic literacy skills for all” as well as equip everyone with more advanced literacy skills as part of lifelong learning. UNESCO Director-General Irina Bokova says about literature thus,” Literacy is much more than an educational priority – it is the ultimate investment in the future and the first step towards all the new forms of literacy required in the twenty-first century. We wish to see a century where every child is able to read and to use this skill to gain autonomy.” The comment reflects the objective, significance, and future hope regarding literacy.

Literacy is a right and a foundation for lifelong learning, better well-being, and livelihoods. As such, it is a driver for sustainable and inclusive development. The conventional concept of literacy is still limited to reading, writing, and numeracy skills. The notion of functional literacy is linked with socio-economic development. Literacy is a human right, a tool of personal empowerment, and a means for social and human development.

Literacy is at the heart of basic education for all, and essential for eradicating poverty, reducing child mortality, curbing population growth, achieving gender equality, and ensuring sustainable development, peace, and democracy. A good quality basic education equips pupils with literacy skills for life and further learning; literate parents are more likely to send their children to school; literate people are better able to access continuing educational opportunities, and literate societies are better geared to meet pressing development. We cannot expect to go ahead keeping about forty percent of people away from the light of literacy.

We observe the literacy day with due importance and solemnity. Primary and Mass Education Minister Dr. Afsarul Amin claims that nineteen percent literacy rate has increased during the present government’s four and half year’s time. He also claims the present rate of literacy is 70-71 percent. But the Statistical Bureau says it is 59.8 percent. Dropout rate has also decreased to 29 percent during the present government’s time because of government’s taking some pragmatic initiatives, he says. Their Aged Project, establishment of Ananda School, Non-formal education bureau are some of the steps of the government to free the country from the curse of illiteracy.  He hopes to make it almost 100 percent by the year 2014 if the new projects and initiatives of the government can be implemented.

He lets us know that people aged from 15 to 45 years to be made literate. His government has targeted this plan. “We all will be literate and skilled; this is our goal in the 21st century.” The literacy rate came down to 52 percent in 2009 because of the closure of some education programs like BNFF, PLC-2, Hard to Reach, etc. Of course, such kind of blame game, responsibility shifting tendency, and taking just credit only stand in the way of achieving success. Making the country free from the curse of illiteracy proves to be a gigantic task which only the government cannot achieve. We cannot forget that president Ziur Rahman took an excellent step to make the country free from illiteracy. He asked every student of the school, college, and university to make one illiterate person literate and the teachers must ensure it. It was really an appreciable step but it was not followed later on. These should be focused on literacy day.

We know Bangladesh has one of the largest primary education systems in the world with an estimated 16.4 million primary school-aged children (6-10) years. There are 365,925 primary school teachers working in more than 82218 schools with ten different types of schools, including madrasa. The primary Education Compulsory Act passed in 1990 made primary education free and compulsory for all children up to grade five. Thirteen years have already passed.

Still, we could not have ensured primary education for all. Still, we could not have made the country free from illiteracy. Only poverty cannot be blamed for it. Besides, poverty there are some other causes and factors which must be addressed pragmatically. One example can be set here. In haor and baor areas the usual setting of schools is not possible and the students cannot receive education during their usual age. Here a boat school is an option which is not thought let alone devised to give education to the children of this area. BRAC has brought a revolutionary change and hope in this area by introducing boat schooling for the children. It now runs about two hundred boat schools and is planning to establish another eight hundred boat schools which contribute a lot to removing illiteracy and ensuring the increase of school-going children but the minister has not mentioned it yet.

The government of Bangladesh recognizes education as a means of reducing poverty and improving the quality of life for children. As a signatory to the Convention on the Rights of the child, the Government of Bangladesh, with assistance from development partners, has made positive steps towards fulfilling children’s rights to education, according to the Education For All and Millennium Development Goals. As a result, the country has made significant progress towards achieving universal primary education and gender parity in schools. But we cannot ignore the fact that we have failed to attract the children to the schools.

Schools are not decorated, child-friendly and teachers are not trained enough to create an attractive and child-friendly environment in the classroom. Again, many children cannot have breakfast at home due to poverty. So, arranging breakfast or lunch in the school particularly for the primary children could attract students to school. Again, children cannot go to schools as schools are still not established following uniformity and in an ideal location considering the population. The geographical location also calls for a different set of primary or pre-primary schools. These causes contribute to increasing the illiteracy rate.

Suppose, haor areas don’t see schools in reasonable locations and many school-going children cannot go there due to distance and rough path. Boat schools can address the practical needs of these areas but from the government’s side, this kind of project has not yet been taken. The school feeding program is another significant and lucrative incentive for the children to come to school and it has been mentioned in the New Education Policy as well but the government has not introduced it yet. Very few NGOs including BRAC have started this program clearly indicating that only the cooperation between GOs and NGOs is a must to free the country from the curse of illiteracy. Mere claiming and paper-based reports don’t reflect the genuine picture of literacy of the country. On literacy day, we should discuss these issues.