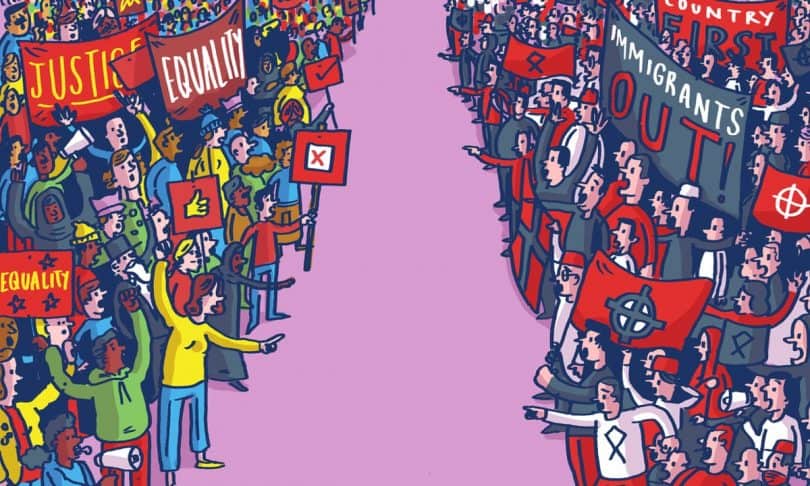 The role of education is to build the nation and making linkages with knowledge and empowerment. It is true that education directly influences politics, culture and economy of a country. Ideological influences play a crucial role in shaping our educational framework. But in Bangladesh, discussion and thought on education are limited in an apolitical discourse. In popular thinking and practice, education is assumed as a neutral phenomenon. It is not analyzed in relation to colonialism, globalization, cultural imperialism, nationalism and other political issues alone. It is though campaigns and educational initiatives are enough to establish a people oriented educational system. That’s why our educational system is not encountering any criticism and resistance and thus, is being used as a tool of post colonial neo-liberal power.

As global capitalism acts as the driving force for rapid transformation in education sectors, the process of globalization and the policy divide have impeded creation of a complete and comprehensive education system in the country. These rapid neo-liberal reforms presents a weak linkage between knowledge and empowerment making education inaccessible and dearly. The educational divide has given rise to an inward, concentric and conformist pattern of knowledge generation and dissemination, where diversity and inclusiveness of education remains reclusive and empowerment and socio economic growth becomes a far cry.

Since 1980s to 1990s Development Partners in Bangladesh, especially the World Bank (WB) and International Monetary Fund (IMF) had been advising the government to make reforms in financial strategies under Structural Adjustment Program (SAP) to achieve the so called macro-economic stability. This reform program was comprised with devaluation of local currency, reduction of state expenditure in service sector, privatization, market liberalization etc. Like Bangladesh many other poor countries adopted this policy, but failed to achieve the desired goal of economic stability.

On the other hand, since 1990s, privatization in higher education has been initiated and as a result, private sector has become dominating in the field of higher education for the last few years. The issues of public welfare and state responsibility remained out of analysis too. This is due to our misunderstanding to the approach of education.

Now the government is under consideration of implementing a Strategic Plan for Higher Education in Bangladesh 2006-2026 which will discharge the autonomy of higher education. This would further privatize and commercialize the higher education sector making it out of reach for the poor. These policy shifts will instil neo-liberal reforms in education replacing the colonized educational reforms that will keep pace with the ever changing western order of development needs. The ongoing changes in our education sectors do not reflect the people’s experiences and aspirations.

What is education? What is it’s relation with the state, politics, power and people? We don’t have any appropriate analysis of education as we don’t relate these political questions with our educational analysis. This is why, our education policy failed to be mass oriented; in contrast, it has been working as a discrimination producing tool, keeping the discrimination politics active.