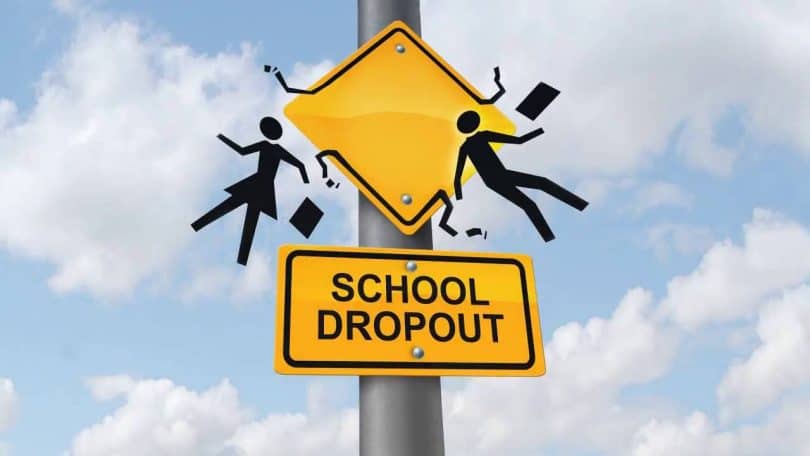 “Its time to school!” After waking up at morning we expect to see that every child is going to school and wish that they would be able to complete at least their primary education. This expectation is also articulated throughout the world community and thus universal access to and completion of primary education by the year 2015 had been set as a major key points or goals of the Jomtien Declaration. But in reality we find that a big portion of children drop-outs of school before completing the primary education because of being born at a low-income family.

These children are accounted at ‘drop-outs rate’; and a correlation is found between `drop-outs rate’ and ‘families level of income`. Poverty is the major obstacle to ensure the attendance of the children at the primary level. Minimum five years of schooling is required to complete the primary education cycle of a child. That means if s/he entered the primary school at the age of 6, then that student has to stay at school for next five years. To send a student to school for five years (from age 6 to 10) possesses both direct and indirect (opportunity) cost. Let us think about a rural family. Say, the name of the household is Mr. X, his wife is Ms.Y and Z is their child. Mr. X is a farmer and Ms. Y is a housewife; if Z is enrolled at school then obviously Mr.X and Ms.Y have to expend some money for maintaining his/her education. Since their level of income is very low and all the earnings are exhausted to fulfill the most fundamental needs (food, clothe, shelter); thus it becomes impossible for them to bear the cost of education for their children even if they knew that the future return for the present investment on children’s education is high. Thus, the demand for children’s education is not achievable due to relative high price and income constraint.

Different facts prove that the income differentials between the countries are found in the ratio of ‘primary and secondary enrollment ratio’ and also the poverty of a country is reflected at the ‘difference between grade I and grade V enrollment rate’.

Table 1 shows that both primary and secondary enrollment rates of the low-income countries (LDCs) are lower than the middle income and Developed countries. Moreover, it is also noticeable that the difference between primary and secondary enrollment rates is very high in LDCs, vis-à-vis, in middle income and developed countries. Another side is also seen that a lion share of pupils who entered in grade I do not reach up to grade V. For instance, in case of Bangladesh the grade wise enrollment rate gradually declined. In 2002, the number of students at grade V is  almost 50% lower than that of grade I Now, for the sake of argument let us agree that the supply of primary education is free of cost (e.g., free textbooks, full tuition waiver) and state bears the expense of education (complete/lion share, e.g., Food for Education, Female Secondary stipend) of a child. Even then, it cannot be said that there remains no obstacle for sending a child to school. Beside the evidences (table 1,2) let us draw an example.

Chan Mia (10) was a canteen boy at Bishwa Shahitya Kendro. He wanted to study and willingly admitted at Chhofa Sultan Pathhshala (an underprivileged school), which was just situated just at the next door of his workplace. The school is very close to his working place and he also agreed to work on `no work no pay’ basis.  But after a few days he stopped to go to school because the canteen manager told him that if (Chan Mia) could not give the full time then he would be replaced by other boy. Many boys were at the queue to get this job. Thus, Chan Mia discontinued his school in order to save his job from his competitors (who are also poor boys). It is seen that even at an underprivileged school in which the poor children are the stakeholders, Chan Mia could not continue his school. He had to earn money to keep his livings and also to support his family partially.  So, if he lost his job or even reduced his working hours- then another boy is on the line to clutch this.  Because of widespread poverty Chan Mia is facing huge number of competitors and the manager is getting almost unlimited supply of labors. Thus, in spite of free supply of education, like Chan Mia , many kids of the low-income families are drop-outs from the schools. In other words, free supply of education is not enough to ensure primary education for all.

However, other factors, such as, textbooks, early marriage and so on also play a role for drop-outs. Say, in Bangladesh, if the Bangla text book is difficulty and non-child friendly then a pupil may fail to attain the essential competencies for achieving language skills. It seems to be obvious that a child with a weak foundation in mother tongue would face many difficulties in another subjects. So, the quality issue is very important, just getting auto promotion can show higher primary enrollment rate but ultimately possess no value. Hence, it is often observed that most of the poor school children are first generation-learner and so they didn’t get any assistance to learn from their parents. This affects mostly the poor children since hard book hinders the classroom-based teaching and the role of parents and private tutors becomes prominent. So, they cannot get rid of the vicious circle of poverty.• Hence, difficult and non-child friendly textbooks   may lead the children not to complete the primary education. Beside this early marriage also is an obstacle for girls to complete the secondary or sometime primary education. The poor families may treat their girl as a burden for the family and want to get her marriage as soon as possible. So, the socio-economic factor is also vital for drop-outs of the children. In fine, the widespread poverty became a ‘ Great wall of China’ in order to achieve universal primary education (Dakar Goal2). In order to exceed the giant wall and achieve this goal a comprehensive approach is highly required.

Radia Tamim is interested in the field of social and economic development, especially, in the sector of research and project management. She is involved with social and cultural activities and study circles. Her book on Prenatal Education (in Bangla) and Climate Change and vulnerabilities of Women: voices of the victim have been admired by the readers. She is an adorable mother of twins.