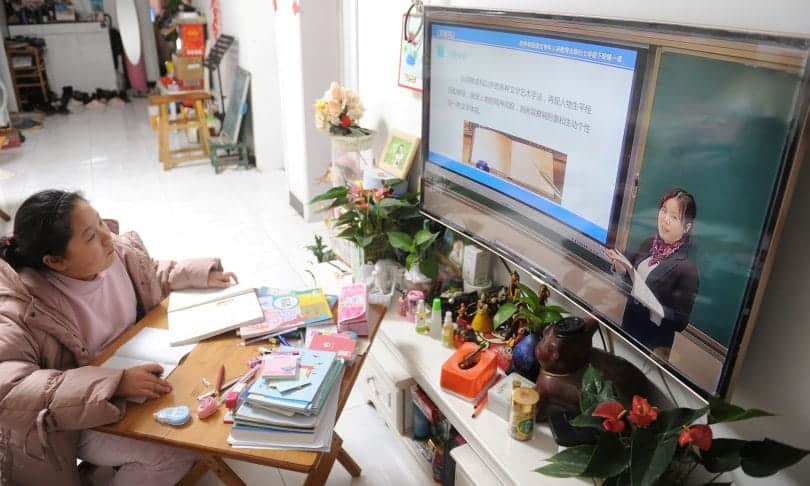 In response to the decisions made by the state to continue the academic activities of the learners particularly the pre-primary, primary and secondary level learners due to the closure of educational institutions in this  global crisis moment when the entire globe experiences coronavirus pandemic including Bangladesh, BRAC has well endorsed the view and extended cordial gesture to contribute to the whole process.

Now the time is to ensure inclusive and equitable quality education and promote lifelong learning opportunities for the children of Bangladesh using education technology and maximizing innovation and engagement. The Sangsad Television started telecasting recorded classes for the learners of class 6 to 10 since April 29 as per the decision of the Ministry of Education. About 50 million students have been confined to home since March 17. Of them, more than 18 million are primary level students and about 12 million belong to secondary level.

The ministry has triggered the whole affair and a2i, BRAC Education, 10 Minutes Schools, Cambrian School and College outside government education bodies have lined up to establish an accessible and innovative mode of class delivery at this Coronavirus pandemic including Bangladesh that has engulfed the entire globe. Definitely, the initiative will not go unchallenged as it is first of its kind in Bangladesh to bring ninety percent students under this umbrella. Responses and requests have already started coming from various corners that summarize that the reach could have been extended if BTV had been used for this purpose. Of course, BTV cannot accommodate expected amount of time for telecasting classes at a stretch.

Along with it, we propose to add radios to make this effort more flexible, suitable and accessible to many. I have the privilege to attach myself to this process because of my working in BRAC Education and have observed many classes while recording was going on. My attachment shows that the non-availability of quality teachers, technicians and studios to record the classes surface big problems to present the classes in the desired standard. Still we appreciate the concern as students would have to sit idle at their respective homes had this prompt initiative not been taken.

The impact of COVID-19 restrictions might go beyond affecting classroom learning as school closures limit children’s interaction with others, playing in the field, moving freely and coming into contact with teachers, and enjoying the overall school environment. Such a situation could potentially lead to stigma or prejudice. Students don’t have natural movement, sharing the environment with their classmates, regular breathing, and playing space. These forced restrictions exert a severe effect on their body and mind leading to mental agony.

Psychologists and teachers dealing with counseling suggest that guardians should give importance to children’s natural sleep, managing some indoor games, reading storybooks, watching other programs on TV to keep their mental health sound. BRAC field officials suggest the same thing for the BRAC primary and pre-primary teachers to look into these matters while they will be contacting the guardians and students over the phone. The gap develops between the father or working mother and children in usual hours I mean before this coronavirus pandemic in Bangladesh contributes negatively to children’s psychology.

Now, parents’ keeping at home all the while’ tends to minimize or redress that gap. This can be further strengthened if children are allowed to talk to their friends, classmates, cousins, and neighbors over the phone. This will ease the mental burden they harbor during this hour of social distancing. Educative and entertaining programs suitable for the children of some channels could be made available to them.

There lies the reason to believe that suitable televised content can provide some help and relief to the students confined to their respective homes. The idea of the virtual classroom has become a buzzword for long, at least in papers though not in practice, in the arena of education. Its real application, however, did not appear even in the big cities, let alone rural areas. The current unprecedented situation has prompted the authorities to show educational innovation, which has come in the form of televised instructions for the learners.

However, it cannot be claimed the precise alternative to usual classes where face to face interaction plays a more significant role in developing socialization and confidence. This very recent televised class’s keep ample room for rural teachers to develop their style of teaching that can be uplifted to an entirely satisfactory level by observing the classes keenly. Receiving and giving feedback for professional development has not yet developed in our educational field. Given that perspective, this is an opportunity for them to receive the best practices for their teaching, and the areas that need improvement can be refined or avoided. This televised classes should be a permanent system to roll out, which will serve a model for the teachers of backward and remote areas.

Many educational institutions (schools, colleges, and private universities) located in urban areas have started online classes. Still, the quality of this learning heavily depends on the level and quality of digital access. Only around 60% of the globe’s population is online that must be even narrower than this in our country, and it precisely surfaces the limitation to use this device for a large number of students, particularly in the rural and slum areas.

Leaving the rest forty percent of people who stand away from the online benefits tells us that almost half of the learners will be left out of the alternative classes. When classes are conducted online, these children lose out because of the cost of digital devices and data plans. It unfolds that unless access costs decrease and quality of access increase in all countries, the gap in education quality will further be widened.

Thus, socioeconomic equality will be further exacerbated. The crisis also casts a light on deep inequalities not just in who has devices and bandwidth, who has the skills to self-direct their learning, and whose parents have the time to spend helping are fundamentally important. Bangladesh stands fourth in this list, with about fifty million students who get confined to homes without going to schools, and China stands first with more than twenty-three million children. Indonesia and Pakistan occupy second and third positions, respectively. Online and /or televised classes pose as known and more accessible options for these children to get engaged in learning.

The televised classes aired by Sangsand Bangladesh Television don’t reach the remotest parts of the country as has been voiced by many that we find in the newspapers and BRAC staff working in the remote corners have seen the same. Some areas they said, only 45 percent pre-primary and primary school learners have access, and even somewhere, it stands less than thirty percent. The students of the accessible areas have to face problems such as blurry pictures, illegible board writing, and unclear sound. All this reflects the real picture of the digital divide between rural and urban, city, and remote areas. Some don’t see the dish connection even though TV sets are there, and some areas go without irregular electricity and frequent load shedding.

In contrast, some areas don’t have electricity connection at all. Thus, the population of these areas has been distanced from the state education facilities offering at this tough hour, throwing them into a state of vulnerability to education. Learning poverty is a new measure introduced by the World Bank to measure the number of children who, by age ten, cannot read a simple text. Today, a shocking 89% of children in low-income countries fail this test. Current projections show that by 2030 under a business-as-usual scenario, this rate will only fall to 43%. This is too long to wait, and it incites us to think for an alternative because the long confinement to home will further aggravate the academic and psychological situation of the learners.

Unlike Bangladesh, numerous children in low-income contexts do not have television access at home and might be prevented from watching programs at other locations due to social distancing measures. However, it remains the case that educational television shows could mitigate the adverse effects of school closure for many who can access television technology. Policymakers should, therefore, seek to increase the delivery of educational television shows in low-income areas of the country. The immediate accessibility of television means that it has the potential to benefit many out-of-school children. School closures due to COVID-19 have already occurred in multiple low-income countries; some evidence says it is in 185 countries, and this is likely to happen increasingly often over the coming days.

The state-run Sangsad Bangladesh Television is set to broadcast pre-recorded lessons for primary school students started just from April 07 as test transmission following the telecasting of secondary school classes (began on March 29). The first days’ levels were up to the mark that I observed with interest. The teachers who conducted classes were mostly government primary school teachers, and I salute them for presenting such a good show for pre-primary and primary kids.

However, a general notion runs that the government primary school teachers hardly dedicate themselves to the profession. This group of teachers proved that wrong and other teachers scattered across the country have much to learn from them. Many of them possess teaching potentials that they cannot expose due to the lack of suitable teaching environment and getting and receiving feedback and encouragement from the people concerned.   The students of classes III to V are expected to do a set of homework after taking the classes and submit it to their teachers once schools reopen.

The scores obtained on the homework assignments will be considered a part of their continuous assessment. By the by, the materials used by the teachers were developed by BRAC Education in the mode of interactive digital content to digitalize the primary level textbooks. For the secondary level, BRAC Education prepared particular type of materials which have been used in the televised classes. Though these materials were developed in usual and peacetime, they have been well utilized at this critical moment of the nation that gives us a scope to ventilate our pleasure.

Coronavirus pandemic specially in Bangladesh has posed a potential threat to the entire humanity, and the powerful and rich states have become frightened and helpless to the unseen and hidden virus. Still, they can manage their children’s education while they have been staying at home, for their digital device is sound, and a greater number of students have access to it.  We cannot, however, ensure it for all of our students at this moment.

Still, we believe that high-quality education and technology have the power to change the world by developing the human talent required to seize the opportunities that arise from global change. In the process of education transformation, it facilitates collaboration, accommodates different learning styles, increases engagement and excitement among students, helps maximize institutional resources, and improves learning outcomes.

It is now up to us to responsibly adopt the available technologies meant for teaching in distance mode, guiding our students on how to best profit from them and contributing to the development of the appropriate skill sets that will help them fulfill their role as global citizens of the 21st century. Finally, those who still stand beyond this network must be brought under the purview of inclusive and equitable quality education endeavor individually, socially, institutionally, and nationally together.