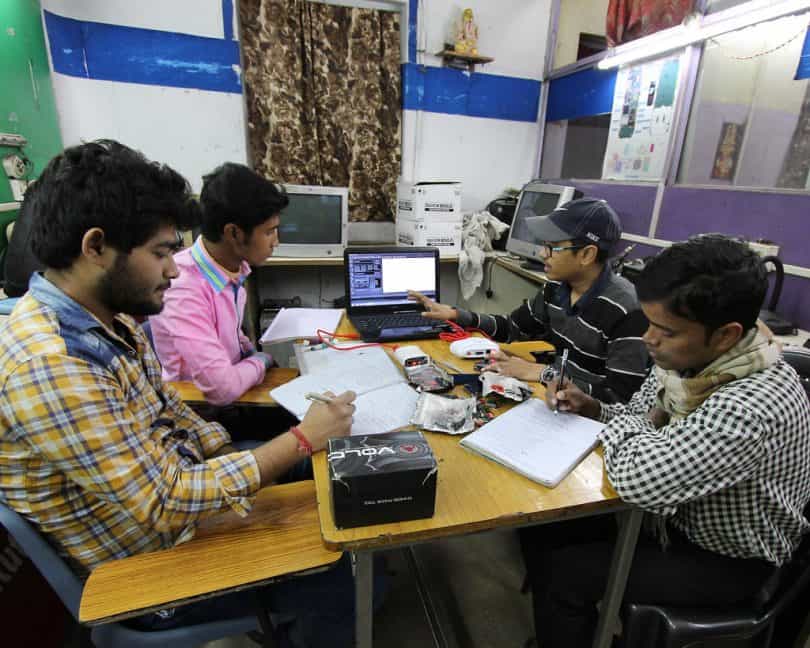 A number of donors and partners for developments have recently put especial attention to help the Bangladesh government in order to improve its technical and vocational education and training (TVET) sector. ILO’s reforms project is in operation. The target groups of students for TVET education are from an underprivileged background. Qualified TVE graduates contribute to GDP and make the organisation and country to be more productive, the payment issue of VET graduates is a neglected issue. This attitude discourages students and their sponsors not to acquire VET education.

According to authorities, large communities frequently have separate public schools devoted to specific occupational fields, and some counties and states sponsor regional vocational training establishments. These public schools work closely with interested industries and trades in establishing curricula and in guidance programs. The cooperative training technique, in which students work part-time in the job for which they are preparing, is a common feature of these schools. Community colleges often provide vocational training courses. Many industries have instituted extensive vocational education programs for their employees, and virtually all trades require apprenticeship and/or on-the-job training.

Academics in vocational training have emphasised that its aim is to improve the worker’s general culture as well as to further his or her technical training. That policy is evident in the academic requirements of public vocational schools and in the work of public continuation and evening schools. Various academic courses are provided so that workers who have not completed the public school requirements may do so while engaged in regular jobs. In some localities attendance at continuation, schools is compulsory for those who are of school age. While continuation and evening schools are often primarily vocational, they frequently include general courses that attract older workers.

A positive relationship between educational attainment and individual earnings is well established. One might question whether only formal education leads to higher earning potential or whether vocational training might have a similar effect. Arbitrary promotion of workers to higher levels of pay and responsibility on the basis of educational attainment is common. However, most economists will feel much more comfortable imagining a contrasting social order in which economic productivity plays a larger role than social prestige in determining income. In this world, trained plumbers, doctors, and accountants will earn higher incomes because of their higher marginal revenue productivity. The market mechanism will tend to produce this result by the elimination of inefficient firms so that hiring incompetent people will prove damaging.

If indeed, productive individuals get higher incomes than unproductive individuals, then mechanisms that cause people to be more productive for example, education and training-should enable them to have higher incomes. In practice, unfortunately, it may be difficult to maintain a rigid distinction between vocational training and formal education, since even the most strongly trade-oriented programmes will have some ‘cultural’ content and some ‘practical’ elements are likely to creep into the most academic of curricula. Levitan and Mangum appear to reject this distinction, however, when they state that “the most valuable contribution education and training can make to prepare for employment is the same one it performs in preparation for other aspects of life: ability to communicate and compute. We will nevertheless make such a distinction so that the benefits of vocational training can be directly assessed.

Generally speaking, no significant changes were found in the income-education distribution as a result of training particular vocational technical schools. Such vocational training appears to increase the earning potential of elementary school dropouts, elementary school graduates, high school dropouts, and high school graduates, as compared to expected earnings without training. This conclusion resulted from testing the hypothesis that vocational training will affect education-income relationships. It also included students from a metropolitan area of half a million people.

Training may differ from formal schooling for there is at least some evidence that an overall increase in levels of formal education will lead to greater equality in income distribution. The fact that poorly educated students can achieve equal income increments could even be interpreted as a testimonial to the efficacy of vocational training, for these gains are doubtlessly won in spite of very real obstacles.

If the VET students learned a marketable skill, that skill should have the same monetary value for an elementary school dropout as for a high school graduate. That each student acquired the same skill is a reasonable assumption, given the way these schools operated. Entering students elected a vocational goal such as becoming an auto mechanic. The instruction was highly individualized, and though the auto class lasted two years, students were encouraged to leave school as they became employable in their chosen field.

Few of them stayed for the entire two years and, if the system worked properly, the main difference between the best and the worst students was the length of stay and not the amount learned. If this is the case, and if incomes are a strict function of productivity, one would expect income increases to be an arithmetic constant, and the income distribution to be changed. However, this outcome was not attained, as our data indicate.

This does not mean that marginal productivity cannot explain the observations, but simply that other explanations appear. Barbara Wootton says, “The contemporary wage and salary structure … is the accumulated deposit laid down by a rich mixture of economic and social forces, operating through considerable periods of history… At every point, the economic and sociological forces act and react upon one another to produce a result which is quite inexplicable if either is left out of the reckoning.”

Increasing the number of VET graduates and their salary potential will not offer us any solution for our development until we ensure (1) quality and well-timed VET education (2) an international market for the products produced/ manufactured by the VET graduates.