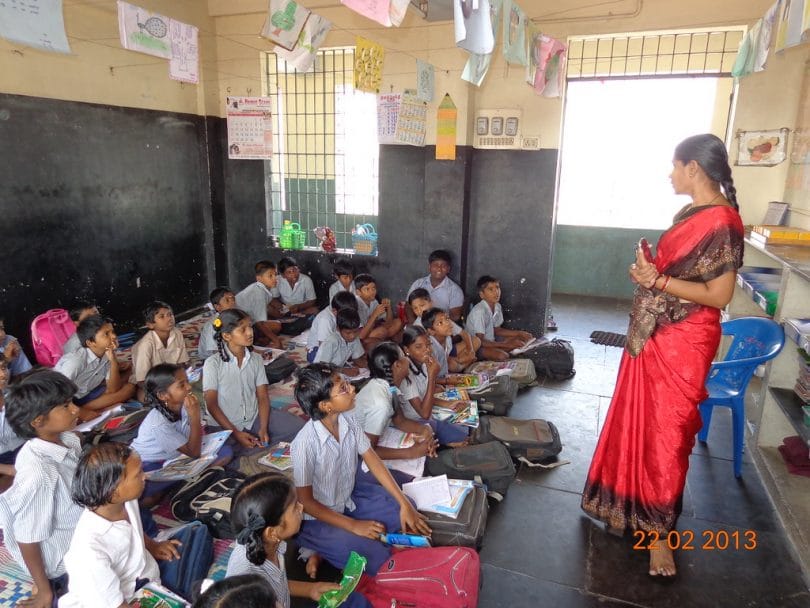 The concept of universal education dates back to 2000 when UNESCO hosted the Dakar summit which was participated in by 180 countries. They committed to the simple but profound goal of achieving universal basic education by 2015. It actually involves entering the school at an appropriate age, progressing through the system, and completing a full cycle. It later became Millennium Development Goal ensuring universal basic education by mobilizing the developing countries’ own national education plans—based on political will, domestic resource mobilization, and accountability. Now out of eight MDGs ‘achieving universal primary education’ occupies the second position. The very position proclaims its significance.

Eradicating global poverty the role of education is very crucial. With education, employment opportunities unfold, income levels get increased and maternal and child health improves. In areas where access, attendance and quality of education have seen improvements, there has also been a slow in the spread of HIV/AIDS. In fact, children of educated mothers are 50% more likely to live past the age of five. Not only does education improve individual and familial health, but it also improves the health of a community. In countries with solid education systems in place, there are lower crime rates, greater economic growth and improved social services. Of all the goals, educating children—particularly girls—has the greatest impact on eliminating poverty. Studies show that an extra year of secondary schooling for girls can increase their future wages by 10 to 20 percent.

Reasons for lagging behind

Costs contribute to a child’s lack of access and attendance to primary education. High opportunity costs are often influential in the decision to attend school. According to UNICEF, an estimated 121 million children of primary-school-age are being kept out of school to work in the fields or at home. Sometimes, the cost gets too expensive and families cannot support their children’s education anymore. In developing countries throughout the world, the educational contexts are characterized not by monolingual settings, but rather multilingual situations. In primary schools where the Medium of Instruction is not the home language of the learners, but rather the language of the state see the poorer performance and high dropouts. Studies throughout the world demonstrate the importance of MI in determining a child’s educational attainment. If the medium of instruction in school is a language that is not spoken at home, the problems of learning in an environment characterized by poverty are compounded, and the chances of dropout increase correspondingly. Research shows that students learn to read more quickly when taught in their mother tongue. The location also contributes to a child’s lack of access and attendance to primary education. In certain areas of the world, it is more difficult for children to get to school. In Bangladesh char, haor, and hilly areas distance stands as a barrier for primary level students, here girls are more affected.

Enrolment in primary education in developing regions reached 90 percent in 2010, up from 82 percent in 1999, which means more kids than ever are attending primary school. Globally, there were 95 literate young women for every 100 young men in 2010, compared with 90 women in 1990.number of children enrolled in primary schools worldwide rose by more than 40 million between 1999 and 2007net primary enrollment in sub-Saharan Africa rose from 58% to 74% over the same period international aid commitments to basic education almost doubled from $2.1 billion in 2002 to $4.1 billion in 2007. With IDA’s help, countries recruited or trained more than 3.5 million additional teachers from 2002-2012, and built or renovated more than 2 million classrooms for 105 million children, and purchased or distributed about 300 million textbooks from 2000-2010. In Afghanistan, 2.7 million girls were enrolled in school in 2012, up from 191,000 in 2002; nearly 140,000 teachers have been trained, of which 39,000 are women. In Bangladesh between 2004 and the end of 2011, “second chance” primary education was provided for more than 750,000 out-of-school children. Free book distribution for all the primary students emerges as a great contributing factor to reducing drop out. The number of children of primary school age not attending school fell from 102 million in 2000 to 57 million in 2011. Today, there are over 30 million more children in school than in the beginning of the decade. In 2011, 57 million children of primary school age were out of school. Even as countries with the toughest challenges have made large strides, progress on primary school enrolment has slowed.

However, despite all these important achievements, the world is currently not on course to achieve its target of universal primary education by 2015. There are approximately 300 million chronically hungry children in the world. One hundred million of them do not attend school, and two thirds of those not attending school are girls. Between 2008 and 2011, the number of out-of-school children of primary age fell by only 3 million. Globally, 123 million youth (aged 15 to 24) lack basic reading and writing skills. 61 per cent of them are young. Currently, 120 million children could still be out of school in 2015 and girls will still lag behind boys in school enrollment and attendance .In 25 countries the proportion of boys enrolling in secondary school is higher than girls by 10% or more, and in five India, Nepal, Togo, Turkey and Yemen the gap exceeds 20%. Enrollment is low for both boys and girls in Sub-Saharan Africa with rates of just 27% and 22% respectively. However, there is evidence to prove that the disparity of gender in education is real. Today some 78% of girls drop out of school, compared with 48% of boys (Douglas). Bangladesh Institute of Development Studies launched the Child Equity Atlas: Pockets of Social Deprivation. They jointly released a report at the end of July 2013 which reveals that half of the country’s school-aged children are not enrolled in any school. The Bangladesh Primary Education Annual Sector Performance Report and the Bangladesh Bureau of Educational Information and Statistics both published another report towards the end of 2012 that 1.91 crore children aged between 6 and 17 are not receiving any schooling. It is definitely a wake up call for the government.

The World Bank has placed education at the forefront of its poverty-fighting mission since 1962, and is the largest external financier of education in the developing world. Support for primary education has been a priority over the past decade for the International Development Association (IDA), the World Bank’s fund for the poorest countries. IDA integrates education into national economic strategies, and creates education systems that empower children to become productive citizens by (i) measuring  education outcomes, especially for poor people and disadvantaged communities (ii) offering  innovative incentives, like cash for attendance, to keep kids in school (iii) ensuring  that education leads to learning skills, and that it is relevant and of good quality (iv) establishing standards for teachers and schools (v) giving training to teachers, especially those who serve disadvantaged communities.

Girls’ education attaches significant importance in developing countries. Bangladesh is no exception in this regard. The following things should be taken into considering making it a success: (i) while sending girls to school may be clearly beneficial both for the girls themselves and for their countries, in most poor nations it is the parents who make the ultimate choice on schooling, and for them this calculation may not seem so clear. Rightly or wrongly, such extremely impoverished parents often feel they need their girls’ labor for extra income or, more frequently, just to help with the grueling requirements of life, such as the long hours spent collecting water or firewood or caring for the younger children in the family, (ii) reducing per-child school fees and other educational expenses. Of course, Bangladesh provides free primary education to both boys and girls. We know this strategy works because countries that have reduced or eliminated school fees have seen enrollment skyrocket overnight. In Uganda, Kenya, and Tanzania, enrollment increased dramatically in the very first year after fees were abolished: from 3.4 million to 5.7 million students in Uganda in 1996; from 5.9 million to 7.2 million in Kenya in 2003; and from 1.5 million to 3 million in Tanzania in 2002.Though the educational gaps for girls are especially large, the problems for boys—particularly poor, rural boys—are also dramatic. Furthermore, efforts to get girls into schools will never be successful unless there is a decent quality of education—respectable class sizes, trained teachers, quality instructional materials—for both girls and boys.

Finally, it can be said that developing countries have made impressive advances toward universal primary education in spite of some imbalanced progress in some regions. Enrolment in primary education has continued to rise, reaching 90 percent in the developing world in 2011—an increase from 83 percent in 2000. Now we need to ensure (i) improving the quality of education and promoting learning achievement with a special focus on teachers and teacher training, a relevant curriculum, and teaching/learning materials, and (ii) increasing access to learning opportunities for youth in and out of school. (iii) ensuring the fact that children attend school on a regular basis is through school feeding programs. Many different organizations fund school feeding programs, among them the World Food Programme and the World Bank are worth mentioning. The idea of a school feeding program is that children are provided with meals at school with the expectation that they will attend school regularly. School feeding programs have proven a huge success because not only do the attendance rates increase, but in areas where food is scarce and malnutrition is extensive, the food that children are receiving at school can prove to be a critical source of nutrition. School meals have led to improved concentration and performance of children in school.

The very encouraging news is that Canada is providing $57 million in 2011–2014 for the Global Partnership for Education (GPE). Through the support of Canada and other countries, the GPE has worked closely with its partners to improve access to basic education for children in developing countries. By December 2012 the GPE had 46 developing-country partners. Among those countries, the percentage of children completing primary school rose from 56 percent in 2000 to 71 percent in 2010. In the same period, the percentage of children who were out of school decreased from 34 percent to 18 percent. These are undoubtedly encouraging trends towards achieving ‘the goal of universal primary education’ which stands as a significant condition of Millennium Development Goals. Still, we must reach the children who are being left behind otherwise the goal of education for all children will not be reached.