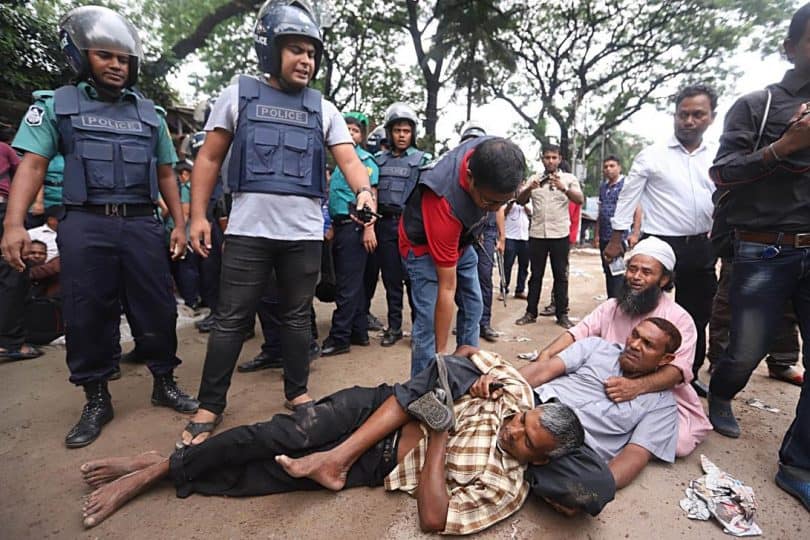 The plight of the teachers in general and the non-government teachers in particular stands as a constant fact for long in Bangladesh but the governments feel complacent allotting a portion of their salaries. It is heard from time to time that the government has done a lot for the teachers and it is also compared to other nations. All tiers of education-primary, secondary, higher secondary and tertiary- are passing through an ordeal. There is hardly any day that does not see any nihilistic news about education. Serious loopholes exist here for a long. Long negligence towards this vital productive sector has created a serious problem at the present time. Primary education is the base of all education which must be made seriously strong. But in the real sense of the term, it witnesses utter negligence from the authorities concerned. Several days back we found that the non-government primary school teachers staged their demonstration in the streets of Dhaka though they originated it in the Central Shaheed Minar. When it received no response from the authorities concerned, they decided to move towards the Secretariat of the Prime Minister. But to our utter surprise, the teachers participating in the demonstration faced severe kind of police action along with police baton and water cannon. This is the nation’s reward for our teachers!

One teacher was critically injured in police action on May 17, 2012, and succumbed to his wounds on the same night. His fault was he had joined the ranks of the underprivileged teachers of non-government primary schools. Things went frantic and inevitable happened when police resorted to the use of water cannon and truncheons to tame the teachers. The teachers were then heading for the Prime Minister’s office with an appeal to the primer for regularization of their jobs. The victim, Azizur Rahman, a freedom fighter and teacher of Char Bhatiali Primary School in Jamalpur, died around 11.00 pm while was going to his village home, Gaganpur village. Aziz was admitted to DMCH at noon. His colleagues sent him to his village home as his condition was deteriorating fast. One eyewitnesses teacher said, “If necessary we will lay down more lives for the cause of nationalizing our jobs. We decided to continue our sit-in program.”

This incident reminded me of an exciting piece of feature which got published in the weekly magazine’ Bichitra’ during my university life. The feature said traffic police was suddenly seen hugging the two legs of an old man. Curious pedestrians gathered around them to learn about the event. They found the traffic police was crying touching the feet of the old man who was his primary teacher. When the traffic police were in class five, the teacher asked him to stand up in the class as punishment. The policeman did not follow the command of the teacher then. Now, he attributes his working in the streets of Dhaka as traffic police to his not obeying the order of his teacher. He had to control the traffic standing eight hours in the rain and sun. He could not even continue his education. All this he considered as his natural punishment. The policeman realized the divine power of a teacher. Though late he could understand it. But it’s an irony that the policemen who mercilessly beat the teachers who taught them  A, B, C, D and more for which they are now wearing the state uniform. Is it our education?

Asif Nazrul, the professor of Dhaka University said that his primary teachers used to beat them uttering the words, “You will not be humans, you will not be humans.” Really these teachers produce hundreds and thousands of doctors, lawyers, engineers, bankers but how many of them are real humans? Real patriots? What contributions did they make for the nation and humanity? Now those who are at the helm of affairs of the state received these primary teachers’ beating in the school. In the name of modernity, we have removed beating, caning, corporal punishment claiming that we have become civilized. Are we really so?

What have we produced removing canes? What have we achieved in the name of modernity? I am in no way support corporal punishment but question arises in our mind what the schools, colleges and universities produce now? Now teachers are being harassed by the students, teachers are beaten by the police; teachers are beaten by the political mastans. This is our learning. So, professor Nazrul rightly says,’ the caning of teachers is far greater than police baton.’ Now, police are not for the nation, police are not for maintaining peace for the general people. Now, police are for the safety of the government.

The people of the government must remain undisturbed. If anybody wants to disturb they must get a beating by the police. The police are against the students, against the teachers, against the businessmen, against the common mass. Police are only for the people in power. My dear teachers, don’t mind. We have taught this learning to our police. We have also taught that police baton is the solution to all the problems of the country. For demanding the regularization of jobs of teachers is a problem and its’ solution is also police baton! We live in a civilized country indeed!