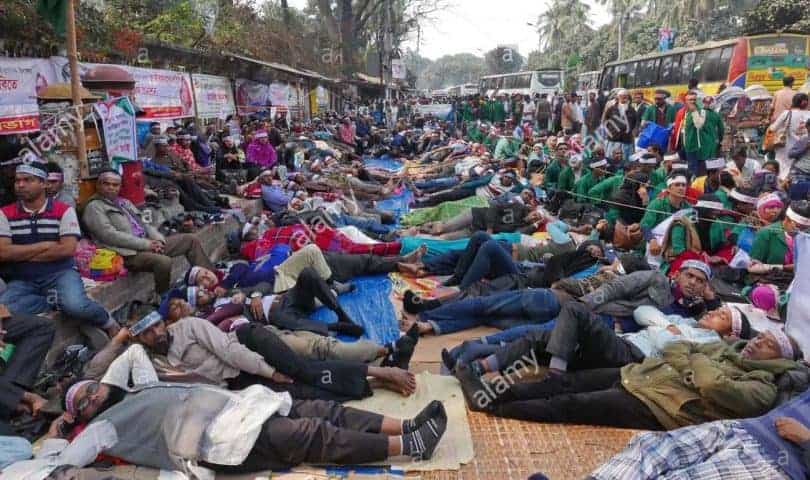 Primary education of any nation attaches the upmost importance as it indicates the base of real education. The more it is strong; the future of education of the country is. When any special announcement or occasion smells or sees that this tier of education will embrace a special status, everybody must be excited and enthusiastic.

So I am at the announcement of the government. It has been announced that the government will nationalize all the 26,284 non-government primary schools in the country in three phases starting from January 01 next year. The jobs of 1, 5,345 teachers of these schools will also be nationalized, according to a draft policy formulated by government. Implementation of the plan will require around Tk 1308 crore a year.

In the first phase 22,981 schools that are already getting Monthly Payment Order from the government will be nationalized. The schools that are not on the Monthly Pay Order (MPO)  list will be nationalized in the second phase beginning on July 01 next year and the third phase starting on January 2014.MPO entitles the teachers of non-government primary schools to basic salaries just as those of government schools. Tk 200 as house rent and Tk 200 as medical allowance is also given to them.

The schools- the ones having permanent or temporary registration or approval, community schools, government funded NGO run schools will be nationalized in the second phase. their number is 2252.nationalization of the remaining 1051 schools which either will take place in the third phase .once nationalized teachers of these schools will get the same salaries  and benefits as those in government primary schools.

Sir Frank Petersin his article in Independent 17 august 2012 ‘Teachers can be society’s worst enemies or greatest assets’ says-it’s difficult for a teacher to be noble, righteous and true to his profession when he is surrounded by opportunities to satisfy their need or greed but thankfully many are.

Probably he wants to indicate private coaching and teachers’ giving less importance to the class.  He continues—‘Cruelty to children is never acceptable. Adults beating little defenseless children with sticks fists, bamboo canes or kicking, pinching mocking and ridiculing them just could not be right in the eyes of Allah or in any civilized society. ‘ It is still a common scenario in our primary schools that the little students are coerced , threatened and even beaten mercilessly.

Studies from around the world prove beyond a shadow of doubt that children beating in early childhood are more likely to become aggressive in later years and they learn that  resolving social problems  with violence is acceptable. Students lose their interest to come to the class when a threatening situation is created in the class. With the nationalization this basic point must be seriously considered. The teachers of this level must be made quite aware of the fact that education does not only mean passing the examination and getting grades.

Education is something more than that and this teaching must be inculcated in the mind of the child learners. Another basic factor does not get any importance from the government. The quality primary education has been given by the Kindergarten and private sectors. In the towns and cities the existence of government primary schools and their contribution have come to a stage of questioning. Even the lower income people also send their children to kindergartens with a view to giving their children a quality education. What’s the duty of the government?

We have established separate mass and primary education ministry but these basic and important points and issues remain unattended. We want to see a real change in the primary school education and the commercialization of education in this tier should not be so much widespread as is seen today.