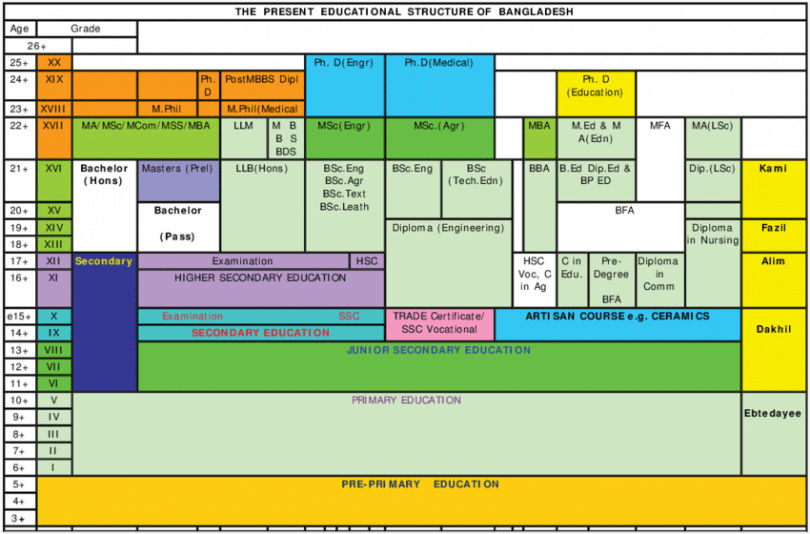 Let’s talk about something in which we all spend at least one-fourth of our life. Some do spend their half or entire life. I am talking about Institutional education.

If closes look at the trend of traditional education provided by the Institutions, one can see it has evolved in the following order:

Wealth based → Merit Based → Performance based →Number based.

Let me explain that a bit. At the beginning of the 20th Century, students were mostly represented by the wealthy class. From there, the shift went on to merit base-depending on merit people were given priority and opportunity. The number of students at that time was low-one of the reason merit based educational system was in place. Then came performance based. This can be considered as the best time of our system. As the people from the merit based system became mentors in the performance based system. How much you can perform on the exams would be reflected on your results as numbers. Quality was more or less proportional to numbers attained. For the last 2 decades or so the focus has entirely shifted on numbers and grades.

In Bangladesh, the education system is usually said to be three tiered means three levels of education is present- Primary, Secondary and Tertiary. But its way more segregated as the following figure shows. In reality, the age and duration shown in the figure varies widely. For concision the discussion I would not talk about the three existing medium in the three tier system.

As we can see, the educational structure itself is quite complex and it faces multifaceted problems. Each year, we see new benchmarks are set by the number of students passed in institutional examinations. But how much of it is effective education? How much of it is taken to the next level of life except for the certificate itself?

My first encounter with the highly subsidized education system of Bangladesh was in 1994. I did have the privilege to study in a school that was coeducational and semi-governmental. The level of dedication my teachers used to give is still a standard for me in the profession of teaching. They cannot be called perfectionists as there were human errors involved. But within their grasps, they tried to make us learn about the contents of the books in-depth and to make us as much correct as possible. There was a target unlike the present one-to gain knowledge with minimum of errors.

The objective of present students has become more number based. They all are going after the numbers so much that we often forget about the contents that we learn. As a matter most do not have any thorough understanding of the subject matter. Lot of discussion have been done regarding the problem, but I feel one has been left totally out of light that is-correction method. Personally I believe in making mistakes and learning. But, to do so, error or mistake is needed to be identified first to make the learning concrete. This also ensures effectiveness of the education.

So, correction is needed and is done (optional) when a mistake is made. The logical questions to ask relatedto correction are:

1)    Should student’s errors be corrected?

2)    When should student’s errors be corrected?

3)    Which errors should be corrected?

4)    How should errors be corrected?

Now, should student’s error be corrected? Yes. What’s the point in learning if you learn things wrong? And if not corrected then the mistakes will keep piling up.

In Bangladesh, correction is the least focused area. In my short span of teaching experience, I found that quite amazing how the education system has become a one way where there is intake but no uptake. Meaning new information whether right or wrong is given but never modified or corrected. For instance, I remember the process of examination in the school I used to teach. There were questions set for the final examination. The students used to sit for the exam and afterwards the teachers used to check copies and then the number was given. No correction was done, neither was given the chance. Errors kept as they are. No uptake.

The time according to many can vary. But as the proverb is, ‘Strike the iron when it is hot’. Instant correction is proven to be more effective than others. Which errors to correct is an arguable question to many, but an error detected should be corrected to the best of form. There are many ways to correct errors.  The most common method in use in Bangladesh is Recast- A  Recast is what the educator says with the drive of assisting a student notice mistakes and repair it on own. Most of the times it is explicit recast- clearly indicating the student’s error; the teacher provides the correct form. Implicit recast advocates the students that there is something to correct rather than directing the student to the error instantly. Elicitation is another method which tries to get the students to give specific answers about the error made and direct him to the right path by questioning. Then there is self-correction, correction by discussion and many others.

There are many reasons why there is no effective correction process in running, in Bangladesh.

My English teacher used to come to my house before each English Exam to know whether I have any problem with any of the topics. But it was only him. Those days are well gone.

Now the teachers do not have much time to spare for the students. I don’t blame them much, they have a lot of complains, the pay is bad and respect has declined of all time.  But it’s kind of like taking the job of a traffic police and complaining about being in the sun. Teachers have less time to interact with students now and to check copies. Some of them do it as they are bound to, often using a third party.

I see a circular pattern in that process. Students want numbers as that secures their future;the employers tend to prefer persons with higher grade higher numbers. The numbers become the measure of quality, rather being the quality itself. Parents have no way to judge whether a student is learning something or not except for looking at the exam numbers and talking to the teachers. And teachers on the other hand, have less time to spend in class and average time spend on each student has decreased. There is minimum interaction between teachers and students at intellectual level.

I have seen the teachers of my younger sister. I have seen her copies from school, after school teacher’s assistance places. And I find it quite hard to accept with the amount of error she got the grades. It needs to be mentioned here that most errors in the education system were undetected and that hampers the overall learning objectives.

As the copies are not checked properly, the students continue to do the same mistakes until they are noticed by someone. Often, the student himself finds out that he/she has made the errors, but they have been undetected. So, he/she understands that whatever he/she writes, may bring marks. Also, Students understand this fact very well now- teachers do not have time for their copies. They see the fact when getting back their homework copies. As a result, the point becomes evident to them that filling up the papers would result in good marks.

We already know that the amount of time students spend in school per subject is not satisfactory. If you consider the number of students per class on average, a teacher would get only a few seconds to interact with each student after completing the day’s task. That is a major setback of the education system. As each individual may have specific problems and those may not be solved ever.

As partial marking has been introduced at different levels of education, it seems easy to get marks no matter what you write. The policy that the educational boards follow can be called a liberal one for the students. Students go after the marks that require them to pass or get their desired grades rather trying to learn the content in-depth.

The impact is visible. Quality of the education is in question both inside and outside of the country. And I feel we are striking the wrong places about it. Reform is needed –not in the intake level rather in the uptake level. We should ask why countries like Malaysia, Thailand, China, India, and Sri-Lanka has a better education system though we were contemporary 4 to 5 decades ago. If you look at their effective time of interaction between students and teachers, it will be visible that they spend more time in solidifying their knowledge and learning in depth rather going after marks.

We need experiments, reforms and policies for this. United states have carried out massive reform efforts which have been intended to close two types of so-called achievement gaps in order to deliver a better future for America. The first is the gap inside the United States and among the different subgroups of the population; the second is the gap between the United States and other countries. Some of the reforms totally failed and the number of those are quite close to 50. Most reforms were done to increase quality not the numbers.

We need to provide necessary training about correction methods. We need to give more time to students to learn their subject matter better. Even if it requires dropping off some subjects. A serious consideration should be given about the question pattern. Though now the questions are creative, they only focus on specific chapters. That has not changed. So students tend to learn only few topics. That must be changed.

Teachers salary should be increased as well which can act as an incentive to make them focus more or students than on money. These people will shape our future and we can’t just ignore their primary needs. If they take care of our future, it is our duty to take care of them.