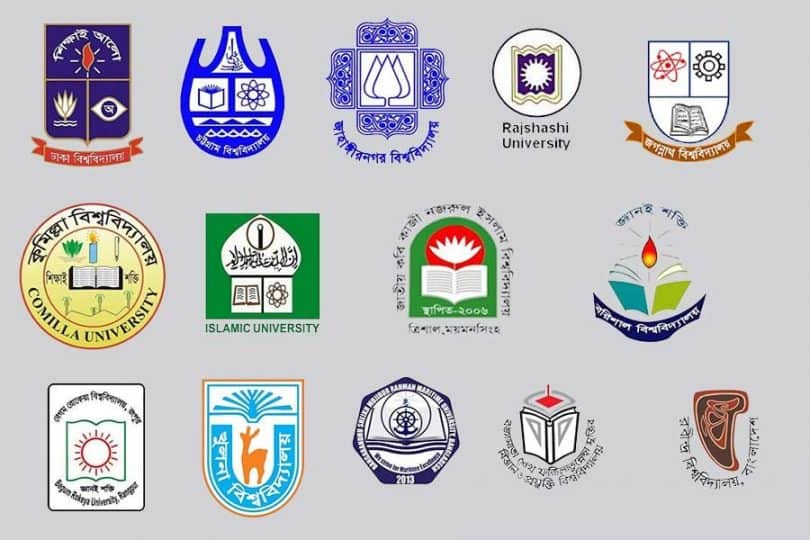 Public universities are gripped with anomalies and saddest incidents imprinting a slur on the highest seats of learning in the country and exercising a far-reaching effect on the whole educational arena. None of the public university even the BUET let alone the colleges under National University is exempted from the maladies. What is actually happening on the campuses? Just the most unaccepted phenomena are occurring in these places. Do questions come to our mind where is the pen which our Prime Minister offered to the BCL students when she was the leader of the opposition? Where have the students lost or thrown away the pens? Why they are now brandishing only firearms in their hands and why don’t the authorities take any action against these unruly students? What are they actually gaining? Are they gaining anything at all?

When in the state-run universities pupils take arms in their hands and use those arms upon their fellow learners then it reminds us in which age are we living? General people have left the idea many years back that universities are the centres of learning, centres of education. Rather they know it as a den of criminals. What happened on October 12 at Dhaka University campus when the first-year admission seekers were taking admission tests? Some parents of admission seekers were stunned to witness a group of students brutally beat up another innocent student who was distributing leaflets of a left-leaning student organization. The attackers were the activists of BCL. The notion about public universities has once again given the wrong signal to the parents. The frequency of these incidents has left an ever-lasting adverse impression on the minds of most of the general people who will not show any interest to send their wards to public universities in future.

On October 10, police and BCL activists jointly attacked leaders and activists of left-leaning student organizations at the Rajshahi University campus leaving at least eight students injured. The victims were allegedly beaten up as they brought out a procession on the campus in protest against attacks on the alliance leaders and activists by BCL activists at Bangladesh Agricultural University. These are the things that go with university students (?).

What about the teachers and administrations of public universities?  Massive irregularities took place in the recruitment of teachers and staff at Jagannath University. 23 teachers from inside the university were promoted, with some becoming professor in the span of merely four years or so. As we know it, it takes several years of diligence and research including PhD degree to become a professor. However, promoting someone to professorship without verifying his credentials is to make a mockery of the system. Now the promotion is given on the basis of greasing and ism. The nation has already started falling into a deep ditch because of these irregularities. The manhandling of teachers upon the students in the highest seat of learning and the worst is upon females students amply proves it.

On October 9 BAU unit BCL activists swooped on a protest program organized by the Progressive Students’ Alliance of the public universities unit and left at least twenty students injured. Four of the victims were females. The attack took place when activists of the Samjtantrik  Chattra Front and Bangladesh Chattra Union, under the banner of the alliance, were laying siege to the administration office protesting the hike in the admission fee to Taka  6214 from Tk 1825for the 2012-13 session. The BCL men attacked them with sticks and iron rods when police had failed to disperse the protesters.

Actually,  one of the most important and significant jobs of student politics is to see the interest of the common students, the problems and decisions of the university, if anything goes wrong with them. Student politics is not for oiling the people in the party or work as their cadres. The university authorities must give importance to the opinion of the students as they are mature, educated and conscious citizens of the country. They must start taking part in the activities of the university and nation. Their love for the country, leadership quality and preparation to fight for the struggle of life can be taught through this process.  The authorities must share the rationale to increase the fee with the students and how it can be implemented.

Instead of doing that what the authorities do really irritates the pupils. They either unilaterally increase the fee suddenly without any explanation and consultation with the students or consult the student leaders of the party in power. They use the cadres to subdue the demands of the common students. When the situation goes on like this, a serious problem must appear.  This is the worst form of neglecting thousands of mature students and bright citizens. The authorities just depend on masters which absolutely goes against the democratic norm and civilized way of doing something. These nasty games in the university by the teachers and administration must be stopped once and for all.

The proctor of Bangladesh Agricultural University whose real identity is a teacher brutally swooped on a female student which the whole nation witnessed by virtue of the media coverage.  Terming it a barbaric and uncivilized act, academics said that the proctor of BAU had put the entire teaching community into shame by assaulting a female student of the university. It can easily be deduced that this teacher was a cadre student in his student life. Now the cadre students worship arms and anarchy and some of them will be teachers in future and they will be such kind of teachers. Can we afford to see this scene anymore?

A proctor is the custodian of discipline. He/she is the home minister of a university. But such an individual fails to ensure the protection of students and mainstream discipline on the campus, but puts somebody in peril; he /she should not remain in that position. All the university authorities must give serious thought to appoint a proctor, his portfolio and way of discharging duties. Terming the act absolutely barbaric noted educationist Professor Syed Manzuoorul Islam said, “Anyone who did such a thing cannot even remotely claim himself to be a teacher. It is utterly despicable and has put the whole teaching profession into shame. It is absolutely reprehensible and goes against the ethical norm and all cultural values of the country.” Even in this age of moral degradation teachers are held in high esteem. But the act of this proctor has let down all the teachers’ prestige and value.

Assaulting somebody physically is a punishable offence and what he did as a teacher is an unethical and heinous act as well. It is indecent and uncivilized. And all these indecent and uncivilized acts originate from corrupt and nasty student politics and nurturing these politics in the campus for gaining the petty and temporary interest of some parties. It is high time we must think of the permanent and great interest of the nation.