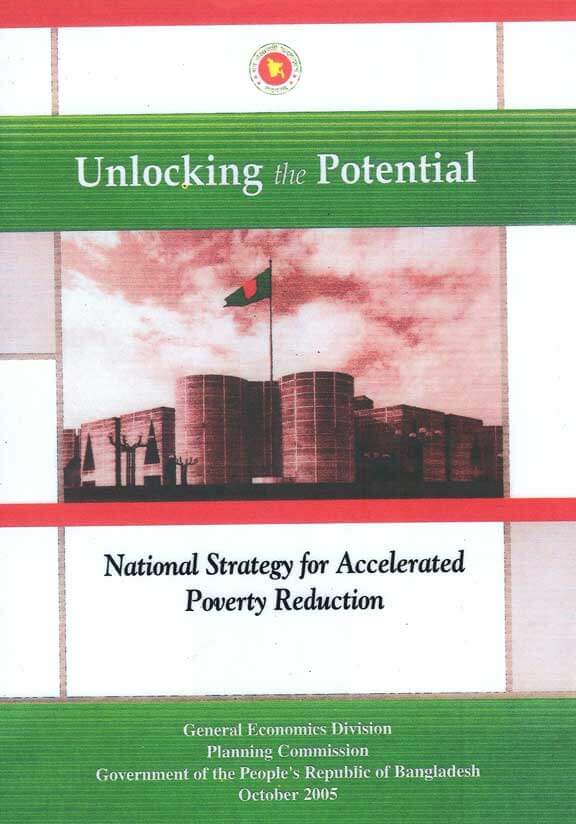 It is well recognized that education is one of the key elements for building the knowledge base of the people and one of the ways to remove poverty of the country men. In The Constitution of the people’s republic of Bangladesh directs to the state “to adopt effective measures for establishing universal system of education and extending free and compulsory education to all children and removing illiteracy.” It is expected that the whole gamut to primary, secondary, tertiary a non-formal education activities will establish a truly empowered knowledge-based society to meet the challenges of the 21 century. Deprivation of access to education is a key element of poverty. PRSP-II describe that the education system in Bangladesh is not yet pro-poor (Moving Ahead 2008:19) so it would be excessive to term it sensitive from gender perspective.

We all know that education is the one of the thirst sector to our development and initiatives from government also reflects to this attitude. Different initiatives have been taken by the government over the last three decades and it is also true that we have seen different positive affect in the education system as well as literacy rate.

The term gender in education is not very contemporary but still has to discuss on it. Education from gender perspective refers to whether girls are treating equally in schools, curriculum, extracurricular and governance as well.

In the PRSP-II, it has been described that customary biases and intra-household inequalities lead to lower consumption by and fewer benefits for women and girls among lower-income groups. Intra-household inequalities are found to exacerbate the vulnerability of women and girls (Moving Ahead 2008:18). It also has been described in PRSP that women have very few rights and choice in taking personal decisions regarding education, Marriage, child bearing, family expenditure pattern etc. Women are more porn to early marriage when the average age of marriage of men is 27.6 and women is 20.2 years. For poor women the situation is more vulnerable as poor women have very limited access to education and training support service (Moving Ahead 2008:19).

To address the goals of millennium development goal no.2 (Achieve Universal Primary education) and 3 (Promote gender equality and Empower women) Bangladesh government has taken different initiatives through out the country science its inception. The result is of these activities is very visible and has been praised in the national and international arena. Now girls are proportionally higher in number in enrollment in primary as well as in the secondary level education as well. PRSP-II indicate this truth that net enrolment rate at the primary level is 87.2 percent; with 84.4 percent for male and 90.1 percent for female. In secondary a positive development has been seen closing the gender gap in secondary school enrollment. As per PRSP-II (Moving Ahead 2008:110) the total number of students in secondary level is 79,98,552 where the number of girl students is 38,68,014 (52.3 percent). Stipends and exemption of tuition fees for girls in rural areas have made a difference.

But drop out still is a big challenge to continue this momentum. It has also seen in the last centre examination occurred for the first time to finish up primary level education. In this examination though girls are higher in number but performance is comparatively lower. This example is nothing but reflection of current stereotype practice in family and society towards the girls. Girls have to face barriers from family, schools and society in order to spend resources, other supports services. The ultimate result is girls are higher in number in the primary level but slowly dropping out in every level towards tertiary education and finally very few girls could reach the target. According to PRSP: II in 2005 the drop out rates were 11.6 percent in grade 6, 12.3 percent in grade 7, 13.9percent in grade 8, 36.5 percent in grade 9 and 41.8 in grade 10 (Moving Ahead 2008:109) and the important thing is that most of the dropped out students are female due gender disparities in our institutions, society and family as well.

We all know the country is driven by Nation Strategy for Accelerate poverty Reduction (NSAPR). This document is the main policy document which is only prevalent policy document at present to guide.  It has replaced over Five-year action plan enacted after just independence of the country. Though there is a criticism against PRSP that it has been formulated as per the guideline issued from World BanK and IMF. PRSP is the only guideline to allocate budget to the ministries.

Government has already declared that era of RRSP is almost over; the government is switching back to the 5-year action plan system. The latest PRSP (moving towards change), PRSP-II is the last one and will remain active till to 2011. We are not clear that why government has developed PRSP and suddenly change its earlier stance. How will PRSP be termed? As a failed document? We never know that.

That is not my discussion point of view. In the current easy I just want to show up some gender issues and what the progress is and where it failed to address.

As per PRSP –II that the prevalent lack of access to knowledge and resources creates a vicious circle, which intensifies poverty and makes the process of overcoming poverty difficult. Therefore the need of education and training for empowering people was emphasized to create a knowledge-based society. It is expected that the whole gamut of primary, secondary, tertiary, and non-formal education activities will establish a truly empowered knowledge-based society to meet the challenges of the 21st century.

Gender issues as considered in the PRSP as policy document in the policy matrix (12 & 14). Here it should be mentioned that there are two policy matrixes in relation with education one is with Education policy matrix another is Social Inclusion and Empowerment policy matrix.

Literacy and Non-formal Education:
• Improve women’s participation by encouraging them, promoting representation of women in management and engendering the teaching content.

In Governance:
• Develop a code of conduct for the teachers and include that in their training programme.
• Consider Female in the school management committee.

In this matrix of 14, importance of legal frame work has given such as to withdraw reservation of CEDAW (Convention on the Elimination of All Forms of Discrimination against women) and urged to draw necessary legal frame work in response to it.  All we know that this is the one of the major hinders even in the education which women are facing from the stereotype background.

In the matrix 14 capacity building on ICT of women has been empathized and mentioned that provide more training of women on e-commerce, ICT and also create job banks for women. In this regard government has a plan to set up ICT centers for women in all districts.

All these things have in the matrix-14 under social inclusion and empowerment has given on the ground of women economical empowerment but important thing of social stigma/ inequality is still missing here and nothing initiatives has taken in this regard.

In the revised PRSP-II (Steps Towards Change) after having in government of Awami League , In the election pledge of Awami League to enroll 100 percent children in schools.  The School survey report 2007 shows a net enrolment rate (NER) of 91.1 percent (Steps Towards Change 2009:49). That means near about 9 percent children does not enroll in the school. And it is very clear among this 9 percent there is not doubt that maximum of them are girls due to vulnerability of their social status from family and society.

In the another place of Steps Towards Change mention educational programmes for excluded children, ensure all boys and girls complete a full course of primary schooling (Steps Towards Change 2009:246) mentioned that it need to monitor how the progress is happening.

I mentioned at earlier that the government has a plan to shift in the 5-year plan instead of PRSP for the country’s national development. Which pledges are given in the election manifesto of Awami League things need to incorporate accordingly in the next 5-year plan. In PRSP which are mentioned in the PRSP-II and its revised one is not enough to achieve the goal. Some initiatives need to take to consider social barriers for girls and women other wise they will be excluded again and again. On the other monitoring system against the mentioned pledge should be strengthening to see that all policy issues are implementing with the right direction.