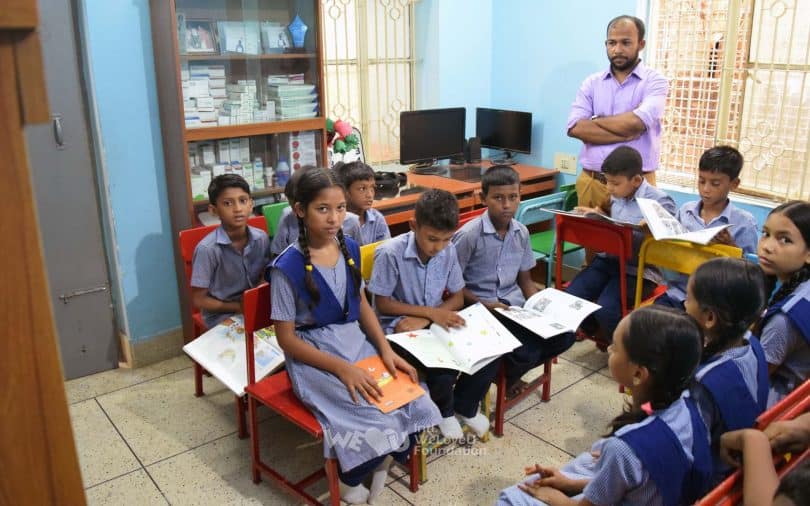 The present government declared in their election manifesto that they would free the educational institutions from all political influence but things go quite opposite now. Teachers are the largest professional group or cadre in the country. But they remain inactive or powerless as they cannot exercise their honest desire and sincere efforts to run the centre of real learning and to prepare the future leaders because of evil political influence and pressure. Almost all non-government or private educational institutions face these evils. Across the country the political leaders occupy the positions of managing committees and remain busy with teacher recruitment, sacking the teachers and staff from job, construction work, student admission, income and expenditure of the institutions and other business activities  ( some schools have a shop, extra land property).

Local public leaders travel in all these areas of the schools except the area of enhancing the quality of education.  The local leaders who poke their nose in the school and college affairs had never been regular, sincere and good students and many could not collect a certificate even. We fail to understand why a democratic government which should be in strong favour of providing good and quality education to the future citizens and future leaders of the country resort to allowing the local leaders and party-men to vitiate the secret institutions. Maybe the government have some immediate gains but the ultimate effect for the nation is bleak and sombre.

Our Prime minister is not unaware of these things. So, she should give her democratic, non-partisan and neutral eyes as education represents a very good image of the present government which should be retained at any cost. Educationalist Sayed Monjurul Islam said, “ The parliamentarians or the  lawmakers whose own education is rather poor and those who are engaged in killing, looting, plundering and other criminal activities  and when they are engaged in leading educational institutions by virtue of their position, we cannot expect anything good from it.” ( Prothom Alo July 16, 2011)The educationists and other professionals and patriotic people must endorse the views of Sayed Monjurul Islam. Our democratic government must give the national interest first. Party interest should follow the national interest. When a particular party is elected to run a country, that party must see the interest of the whole nation if it is really democratic. But our luck is not broad enough to experience it during any political government. When party musclemen occupy the leadership of private educational institutions what’s the harm or wrong to be controlled by bureaucrats who are at least educated people? It happened during the caretaker government and the institutions saw the lowest amount of corruption.

Before 1991-96 managing committee elected chairman and an MP could be the chairperson or president of two schools only. But after ’96 politicians and parliamentarians occupied these positions enemas. It got further momentum during the government followed that period. The present practice says that an MP could be the chairman of 16 to 17 educational institutions.  It is surprising indeed! How they could manage time to make law for the country, participate in party meetings, run their own business, and join parliamentary sessions if they remain busy with local educational institution politics? They sometimes get it done by local party leaders. They recruit teachers and other activities where monetary gain is involved. They are doing twofold harms —–making the government’s image poor and doing irreparable loss to the nation.

From November 2006 during caretaker government, the names of political leaders were struck off the managing committee. Government officials and neutral people were included in the committee. During that period educational institutions saw the least number of corruptions. Now political people most of whom don’t have any good education and even some who don’t have any certificate poke their nose in the educational affairs. Only the parliamentarians having rich educational background may be the chair of two to three schools or colleges to make a difference in the institutions. Local educationists, philanthropists and genuine guardians should be on the committee along with the government officials of the education department and administration.

One bright example can be set here. Rajuk Uttara Model College and Mohammpur Residential Model College don’t have managing committees like other institutions. As government officials are the members and chairs of these colleges, political chaos remains foreign to their experience.  Local and political leaders or mastans, musclemen must be removed and kept far away once and for all from the school or college managing committees in the greater interest of the nation. The sooner we do it the better for the nation.