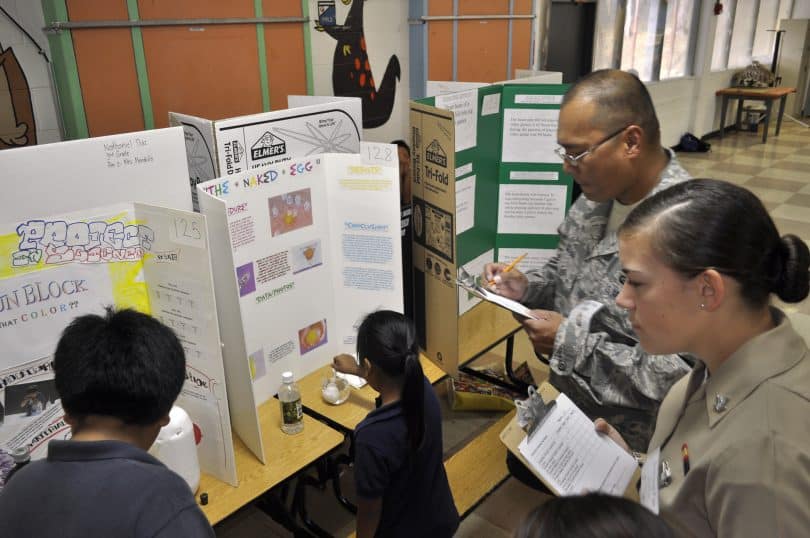 We are living in a rapidly evolving world where science plays a huge role in the development and changes that are taking place by the minutes. In fact, it is very important because it affects our future and the future of the human race in general. There is science in every aspect of our lives from the food we eat to the mode of transportations to the technology we use in our daily lives. Science is also used to study space, agriculture, the ocean, the weather, natural disasters like earthquake, tsunamis and more importantly medicine.  But it is a matter of regret that we are going to produce a competent procession of people who would take the lead to make the scientism development go-ahead that is absolutely necessary for this poor nation. Student’s particularly rural students show repugnance to study science. It is incumbent upon us to nurture the interest in learning science in the younger generation. They too have to be aware of the significance of science in this world. We can apply several possibilities such as science and mathematics fair to lure rural students to study science.

Arranging regular science and mathematics fair we can provide the inquisitive young minds with a more hands-on experience. It gives students the opportunity to explore the unique world of science with greater depth while acquiring skills and knowledge of using science and mathematics as problem-solving tools. Apart from conducting experiments, the student also gets to enhance their initiative, creativity and thinking skills.

The Science Fair acts as an avenue where young students are exposed to science and are given to opportunity to appease their inquisitive nature as well as to enhance their skills and knowledge about science and its various functions. It is aimed at encouraging students to be more involved in science by implementing fun and creative ways to help them develop a love for science. Mathematics fair can do the same function as students get afraid of many mathematical problems. They either avoid those or just learn by rote. Mathematics is the mother of all sciences but learners show no creativity and don’t get much interest because the ways of delivery don’t retain any interactive and participatory method.

Science and mathematics fair make the students really creative and they have the practical knowledge to learn what they read. It increases their thirst for knowledge and drives away their boredom and monotony.  It has become a tradition in our educational field that students need not see, learn and practice the things they deal with practically. As a result, they have lost interest in learning science and mathematics. The number of students studying science has reduced alarmingly. The village schools hardly find science students. Living in the age of science and surrounded by the blessings of science our teenage students have buried their desire to study science.  Arranging regular mathematics and science fair can contribute a great deal to sensitize their desire and interest in science and mathematics.  Students of this age want to create something. it is quite natural. When they get a chance for creation, definitely it exercises a profound impact on their overall learning. Arranging fairs also help develop the social skills of learns as it increases interaction and relations with the local community which is a big part of learning.

These fairs can be an exciting period of days or weeks in which students make new discoveries about the world around them and about themselves. Students attempt to investigate a problem, perhaps even solving it in an innovative way and teach themselves science through their discoveries.

With a view to making science education popularize particularly in villages and all over the country in general, brac Education Program has taken an extensive program as it works to supplement the government effort to enhance the quality of education in Bangladesh. In its bid, it arranges a science fair every year in rural schools. The teacher trainers and field staff of brac Education Program approach the headteachers, science and mathematics teachers as well as the committee members to jointly arrange such kind o fair every year in rural schools compounds. We are dipped in the age of science whereas the science learners are decreasing particularly in villages which are going to create a further rural-urban divide in the already divided education class. Keeping this view in mind brac Education Program has seriously taken the issue and has spread the efforts throughout the country. It is interesting enough that the students who have never participated in such kind of program are taking part with much enthusiasm and hilarious mood.  Really these tiny scientists have dedicated themselves to discovering newer things. They are practical learning various themes of science which they learnt by rote. Their sleeping talents are getting bloomed by the touch of such a fair.

Not only science but also mathematics fair first of its kind in Bangladesh is taking place in several parts of the country by the initiative of brac Education Program. It has started gaining momentum drawing our attention to further expand next year. To encourage students to use mathematics tools, to make the students learn various theories of mathematics through practical demonstration without memorizing, to show them the practical pictures which cannot give them a transparent idea when drawn on the board and to remove the fear of mathematics among the student’s mathematics fair has been arranged. Usually, two days is the duration of the fair followed by four days of orientation for the participating students. Ten teacher trainers of brac conduct the orientation. Each fair costs ten to twelve thousand taka. Students also participate in a quiz completion for 30 marks and the time is 45 minutes. Each participating class receives three prizes. This is just for enhancing their interest and participation.

Here government and public partnership or GO-NGO partnership program can work well. Still, our teaching-learning process stands away from practicality and far away from the interesting and interactive way leading the process to a distasteful state. We must come out of this stigma. As brac has taken the initiative the government (the Ministry of Education) should come forward to run the whole affair to bring innovation in the teaching-learning process. Our visiting to different fair venues (school compound) really make us optimistic that the rural students really can make differences when they are guided appropriately. The spread of science and mathematics fair really can ensure a hilarious mood and comfortable learning environment in rural Bangladesh.