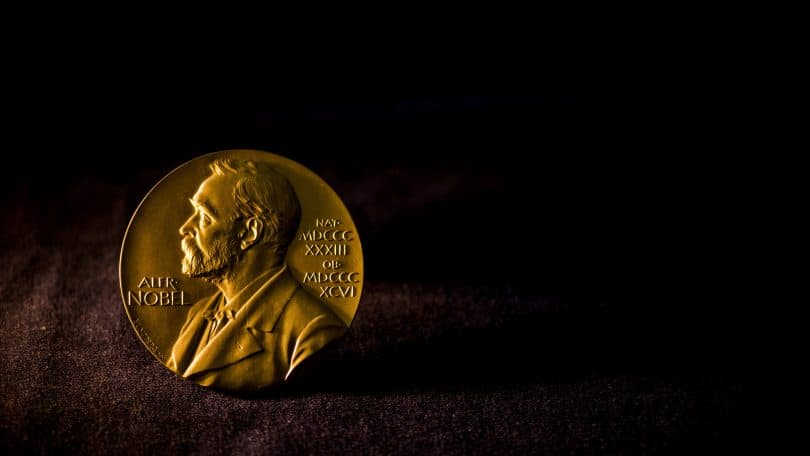 This year the world’s most prestigious Nobel Peace Prize has been awarded to Liberian President Ellen Johnson Sirleaf, Liberian social worker Leymah Gbowee and Tawakul Karman of Yemen as the recognition of their ‘ non-violent struggle for the safety of women and for women’s rights to full participation in peacebuilding work for promoting peace, democracy and gender equality. Most of the recipients in the award’s 110-year history have been men but this year it shows a striking difference.  It gives a new signal and bears a special significance.

Nobel Committee Chairman Thorbjorn Jagland’s announcement clandestinely explains how much importance has been attached to women empowerment in the global arena in awarding this prize, “We cannot achieve democracy and lasting peace in the world unless women achieve the same opportunities as men to influence developments at all levels of society.” We congratulate the three glorious women on winning this prestigious award and give thanks to the Nobel Committee for their judicious and subtle decision.

Sirleaf, a Harvard-trained economist, is the first democratically elected president of Liberia since 2005. She has contributed to securing peace in Liberia, promoting economic and social development, and strengthening the position of women. In her reaction, she said ‘the award gives her a stronger commitment to work for reconciliation in the war-torn West African nation’.  Gbowee, a trained social worker, was cited for her efforts in organizing women, across ethnic and religious dividing lines to bring an end to the long war in Liberia and to ensure women’s participation in elections. She introduced a ‘sex strike’ to compel the males to work with them. Liberian conflict killed 250000 people and ruined the country. Karman heads the Yemeni organization Women Journalists without Chains and has been jailed several times over her campaigns for press freedom and her opposition to the government of President Ali Abdullah Saleh. She took to the streets of the capital along with about 50 other university students in January, demanding the resignation of President Ali Abdullah Saleh. She is the first Arab woman to win a Nobel Peace Prize.

The Nobel Peace Prize has been awarded 98 times to individuals and 23 times to organizations since 1901. The youngest peace laureate was Mairead Corrigan aged 32, and the oldest 87-year old Joseph Rotblat. Peace prize actually covers a variegated range of fields. In 2004 Wangari Maathai of Kenya was awarded the peace prize for planting four crore trees to bring change in weather, supply shed fuel and fruits to the farmers and increase food production. Peace cannot prevail where poverty reigns. The absence of social security and illiteracy cannot bring peace. Very rare examples exist in the world to work against all these ills. This rare work has been done by a Bangladesh son named Fazle Hasan Abed and his organization named BRAC which has already earned the name, familiarity and fame beyond the boundaries of this developing nation. The Nobel Committee is entreated to take into consideration and enlist the name of this icon whose contribution to the fields remain responsible for establishing peace in the globe in the next year Nobel Peace Prize. President Tutu, another Nobel laureate commented on Sirleaf’s prize that’ it is too late.’ People also consider Sir Fazle Hasan Abed’s winning the Peace Nobel Prize is getting late.

BRAC strives to achieve its mission by working with the poor, especially women and children, engaging in multifaceted development interventions, promoting positive changes in quality of life, working towards attaining socially, financially and environmentally sustainable programs.  It actively promotes human rights, human dignity and gender equity and helps shape national and global policies on poverty reduction and social progress. BRAC launched its journey in the field of microfinance in Bangladesh in 1974. Today it is the largest poverty-focused microfinance provider in the world with 8 million members and USD 660 million in outstanding loans. The micro-finance program has achieved this success by implementing a model that focuses on building the structure and system for sustainable microfinance with the ability to reach scale and organizing the poor in a manner that enables them to form a compact for empowerment and growth through micro-finance.

BRAC boasts of a huge non-formal primary education with 38000 one-room primary schools which presently impart education to 1.2 million children. 5 million students have already graduated from these schools. It also runs 8250 primary schools through 782 NGOs. These schools enrol children often deprived of the option of continuing schooling due to poor economic background, ethnic backgrounds and disabilities. The schools employ local women as teachers and above 60 per cent of the students are girls. BRAC runs 26, 350 pre-primary schools and so far 3 million children have been promoted to primary schools.

In the first public examination for class five BRAC schools occupied the second position in the country. It has special life skill courses for both adolescent boys and girls at the village level. It provides scope for socializing, access to reading materials and develops leadership skills. There are 8868 ADP centres all over the country. Its Post-primary basic education intervention develops the capacity of rural secondary school teachers in English, Mathematics, Science and Management. This intervention also works to increase the self-esteem among students by engaging in co-and extracurricular activities that again contribute to improving the quality of education. The multipurpose community learning centres or popularly known as Gonokendras provide continued learning and IT facilities for all of the people in the community with minimum education and foster community contribution in spreading education. Gonokendras extend education facilities to the doorstep of the village women, disabled and people deprived of formal education.

“Translating Awareness into Action”  is the motto of the Social Development Program aiming at enabling the rural poor especially women to build secure and use socio-political assets to improve their well being, reduce vulnerability, take advantage of new opportunities, exercise their rights and play a more active role in public life. BRAC promises to protect and promote rights through legal empowerment especially for the poor and marginalized through its Human Rights and Legal Services. It creates awareness on human rights and laws to empower the poor and marginalized through community mobilization and capacity building. BRAC presently works in eight countries other than Bangladesh.

More than one lac regular and irregular staff members work relentlessly for the success and further innovation of this large organization. Awarding Nobel Peace Prize to its founder or the organization will encourage the entire cluster of beneficiaries and give impetus to all concerned for steering the welfare-oriented efforts in all parts of the globe extending real opportunities to the people wishing to see this planet as a peaceful abode.