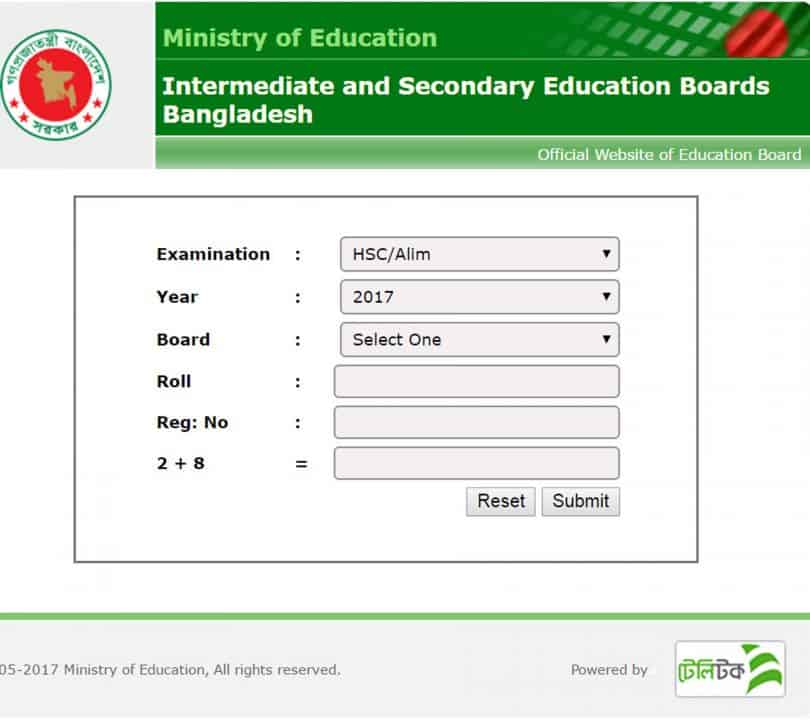 The national scene of education in terms of passes percentage in the secondary and higher secondary levels show a rising trend every year. But quality still remains a question. Maybe, the quality also is increasing but not up to the mark. This year the pass percentage of HSC has improved from last year’s 75.08 to 78.67. In 2010 this was 74.28 percent. The number of GPA-5 achievers is also showing an increasing trend, from 28 671 in 2010 to 39769 in 2011 to 61,162 students this year. HSC students faced creative questions in Bangla papers this year and scored better than last year. Why not creative questions in other subjects have not yet been introduced? It is the demand of the present time to enable our students to face the global challenge. This year’s HSC result thus surpassed almost all the previous records in terms of success rate and GPA-achievers. A total number of 721979 students out of 917673 candidates came out successful in ten education boards.

Major indicators for such performance in subjects like English which had one time been an Achilles heel for HSC candidates. This year average of 80 percent of students has passed the once dreaded subject. Actually what happens to English? English first paper contains three parts namely Part A: Seen comprehension for 40 marks, Part B: Vocabulary for 20 marks, and Part C: Guided writing for 40 marks. In Part A two passages are set from the textbook. The textbook contains twenty-four units with 158 lessons. But it is interesting enough that out of these 158 lessons students take preparation only on ten to fifteen lessons for examination. The teachers and coaching centers vie with each other to squeeze this number.

The more they can squeeze, the more they become famous teachers or coaching centers. With less effort they make the students pass and they earn name and fame as better-performing teachers. In Part B: There are two vocabulary questions exactly picked from the previous years’ questions and students easily find them common in the question paper and the careful ones easily carry full marks (20) in this item. The slow learners manage to obtain 10 to 15 marks taking help from the classmates or stealing it from fellow candidates in the examination hall. In Part C students obtain full marks in making sentences from the substitution table as they find this item also common. Rearrangement also appears as a common item and students obtain fourteen marks.

And the last item paragraph they find common and if one paragraph comes in Dhaka board this year, it will not be set in the same board next year. These things are well known to the students and they commercially choose which paragraph will be set for their HSC result examination. In the second paper there two parts such as Part A which contains eight traditional grammatical items for 40 marks where students easily carry almost full marks without learning even the ABC of grammar. Questions are set in such way. More interesting is if a student solves several years’ questions from test papers, all the items they will find common in their examination questions. The same thing happens in part B also. This part contains 60 marks.

The whole syllabus just promises how easily students pass the exams without developing any skills in English to use it in their practical life situations. The same practice has been going on since the communicative English syllabus (?) was introduced in 1998. Students’ English definitely could have been developed using this syllabus if uncommon, creative, and new questions were set every year. It still remains a dream or a mirage.

With more than 2500 GPA 5 achievers from HSC result will have to compete over a mere 3700 seats available across 18 public university and medical colleges, the reality is that once in seven candidates will get admission. That unfortunately is a very sorry state of affair. For the rest it will mean enrolling in subjects and intuitions that are less than top notch. We cannot produce required number of doctors and engineers in the country not because that we don’t have meritorious students but because we don’t have enough seats in the institutions to accommodate them. The number of higher educational institutions should be increased according to our population or population should be kept static. We are actually doing neither of them. A large number of students will go to private universities, some with questionable credentials spending large sums of money. Those who do not have enough money will have to give up their hope to receive higher education.

Our admission system also sees a lot of loopholes. The euphoria of having attained such high grades does not automatically guarantee a deserving candidate’s admission to a prestigious institution. For getting admission in higher educational institutions one student is to move from one corner of the country to another facing a lot of hassles. Even no coordination among the admission test routines is also seen. One student sometimes cannot sit for the admission test for several subjects of his/her choice due to synchronizing of admission tests in different subjects.

UGC can extend its role in this regard and coordinate the whole affair to ease the burden of the admission seekers. Admission tests can be taken in the district level or division level educational institutions for any kind of admission test. It will lessen the tension of the admission seekers as well as is cost-effective for the guardians.
We hail the successful candidates and high-performing institutions but we don’t see in the HSC result that still in Dhaka board 19 percent, Barisal 32 percent students could not pass. Equally worrisome is the fact that as with last year, some 24 educational institutions failed to graduate any candidate.

The encouraging aspect is girl students though less by some 64 thousand than boys outshined their male counterparts in respect of success rate. Nation’s initiative to encourage education for girls has started bearing fruits. Educationists and researchers are in a position to find out the secrets of the success but the general idea says that strict discipline, distance from corrosive politics, increased consciousness of the guardians, and above all the increased rate of coaching have brought this success. We cannot afford to spend more time giving quality education to our students ensuring interactive, interesting, and creative teaching-learning situations in our educational institutions.